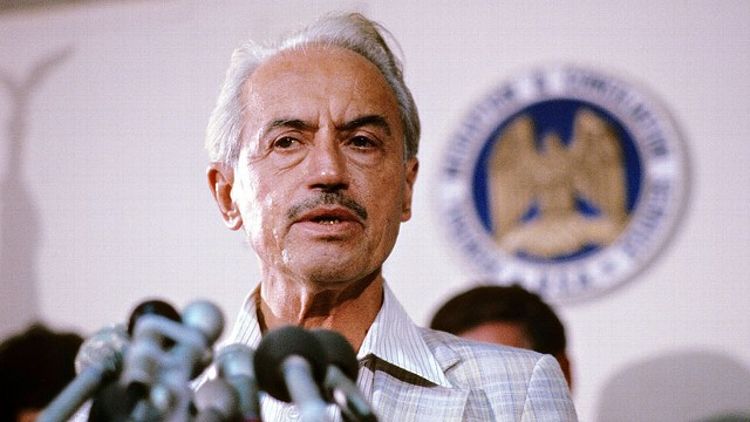 “Management has been very clear that they don’t want the union here and they are taking it personally that we would even try.”

The man saying this to me is a new father in his early thirties. He’s a very skilled creative professional with a decent job in the entertainment industry. I just finished lunch with him and eight of his coworkers at the Edison Diner in Manhattan. They are all trying to organize their workplace into the union that I work for. As the organizer, it is my job to help them develop a plan to win and to motivate them when they feel ready to throw in the towel. “Things have become so tense that people are worried if we win this that the tension will never go away.”

He and his coworkers look worried. For the past several months they have worked undercover to lay the groundwork for a union election. They are all college-educated professionals with a very particular set of skills and creative talents. They are reasonably paid. But they feel passionately about organizing a union because the nature of their work is entirely freelance. They have no access to health insurance, no job protections, and every time they finish a project and pound the pavement looking for their next gig, they see their pay go down again and again. For people, like this young man, who are starting families, the long-term prospects look grim. So they called the union and set out to exercise their rights as citizens of these free United States. And here they sit in this diner, fearful that they will lose not only the union election, but their jobs.

In 1966 Robin Roberts recruited Marvin Miller away from the United Steelworkers of America to take over the Major League Baseball Players Association. At that time the MLBPA wasn’t any union at all. They didn’t bargain with the owners. They held no power. They met with the owners to consult about the pension plan that owners had designed for players to ward off a past union-organizing attempt. After trying and failing to get things like toilet facilities near the bullpens, Roberts was looking for someone who could help the players turn their association into an honest-to-God union. Marvin Miller, chief economist for the most powerful union in America, had just finished negotiations with the President of the United States that averted a national steelworker strike. He came highly recommended. And, as an avid fan of baseball, he jumped at the chance.

In those days the players were still playing under a system that had been in place since the late 1880s; rules that even at the turn of the last century players described as “fugitive slave laws that denied a player a harbor or a livelihood.” Marvin Miller met guys who had signed baseball contracts for $5, guys who had volunteered to give back portions of their salaries after bad seasons. He read the Uniform Player Contract and was stunned at just how many rights, just how much power the players voluntarily surrendered to the owners. And everyone he met gave him the same line of bull about how lucky they were. He said they told him that they were “privileged to be paid to play a kid’s game; and (the biggest fairy tale of all) baseball was not a business and, in any case, was unprofitable for the owners.”

This Stockholm Syndrome went back a long way. In the 1950s, when Congress looked into the antitrust exemption granted to baseball that allowed the teams to hold players from shopping their talents on the open market, even players gave testimony in favor of the exemption. They claimed that free agency hurt the game and would remove competitive balance from the league. They acted as if they only wanted to preserve the integrity of the game for the fans.

What we now know is that the owners of major league sports franchises in America are so unconcerned with the fans that they are willing to actually lock out players and cancel seasons to extract more profit from their businesses, these ball clubs. Before Marvin Miller entered the world of professional sports, these arguments held some sway. It was Marvin Miller (and Curt Flood, of course) who showed that the real reason the owners fought like dogs to keep the reserve clause was because it gave them all of the leverage in the world in setting player salaries, thereby increasing their profit margins at the players’ expense.

It’s true that the baseball players who recruited Marvin Miller weren’t making $2 an hour like the steelworkers he once represented. The irony he recognized was that those steelworkers were far less exploited. The steelworkers had two things that they used to their advantage: They worked hard to help the steel industry earn windfall profits, and they had the power to collectively bargain and used it to increase their wages year-over-year as their industry’s profits soared.

The baseball players were no different. If anything, they had more power at their disposal in that they had a skill that very few other human beings possessed, and lots of people willing to pay them for it. The big step Marvin Miller had to help the players take was to accept that the owners of their ball clubs didn’t have their best interests at heart.

Asked in a meeting of players if unionizing was going to mean “perpetual conflict,” Miller got right to the point. “The interests of the owners and your interests are diametrically opposed on many things … If at any time during my tenure here you find there’s a pattern of owners and owners’ officials singing my praises, you’d better fire me. I’m not kidding.”

In his 16 years as the head of the players union Marvin Miller led the players through three strikes and two lockouts. He also won the first collective bargaining agreement, secured pensions and health care, won the right to free agency, and saw average player salaries increase from $19,000 to $326,000. They also got bathrooms in the bullpens.

After the new father at the diner asked me about the tension at work, I sat back and sipped on my coffee and let the others debate it for a while. They made inspiring, passionate speeches to one another about why they felt they were right to press forward, why it was unfair that they had to feel afraid for their jobs, why it felt condescending and disrespectful to not be allowed to make this crucial decision for their futures on their own without intimidation and tension. The man on my right said, “We just need to remind everyone that this is a campaign, and when it is all over they still have a business to run. It’s all just business, it isn’t personal.”

“The tension won’t go away,” I spoke up. “Not because you unionize, but because it was always there. The only people looking out for your interests are yourselves. The company’s profits depend on their ability to take it out of your pocket.”

It was a more radical message than I usually delivered to this group of folks. They headed into this thing with no ill will toward their employer. They accepted the hardships of their professions as endemic to the system and nothing their individual bosses had any hand or stake in. I was comfortable with that analysis, for the most part. But I spent this morning reading obituaries of Marvin Miller. The similarities filled me with indignation.

Marvin Miller brought professional athletes their fair share of the enormous profits that their talents created. His impact on American culture is deep and profound. The owners refuse to allow him into the Hall of Fame, despite being nominated over and over again by the players. “I’ve never campaigned to be in the Hall and have asked not to be included on any ballot, but they continue to put me on the list and then rig the election. Considering who runs the place, not being a part of it gives me credibility as a union leader. That’s how I hope it stays long after I’m gone.”

Marvin Miller is gone. The tension will always remain.

About Last Night: This Is a Place of Facts