How We’d Fix the Pro Bowl 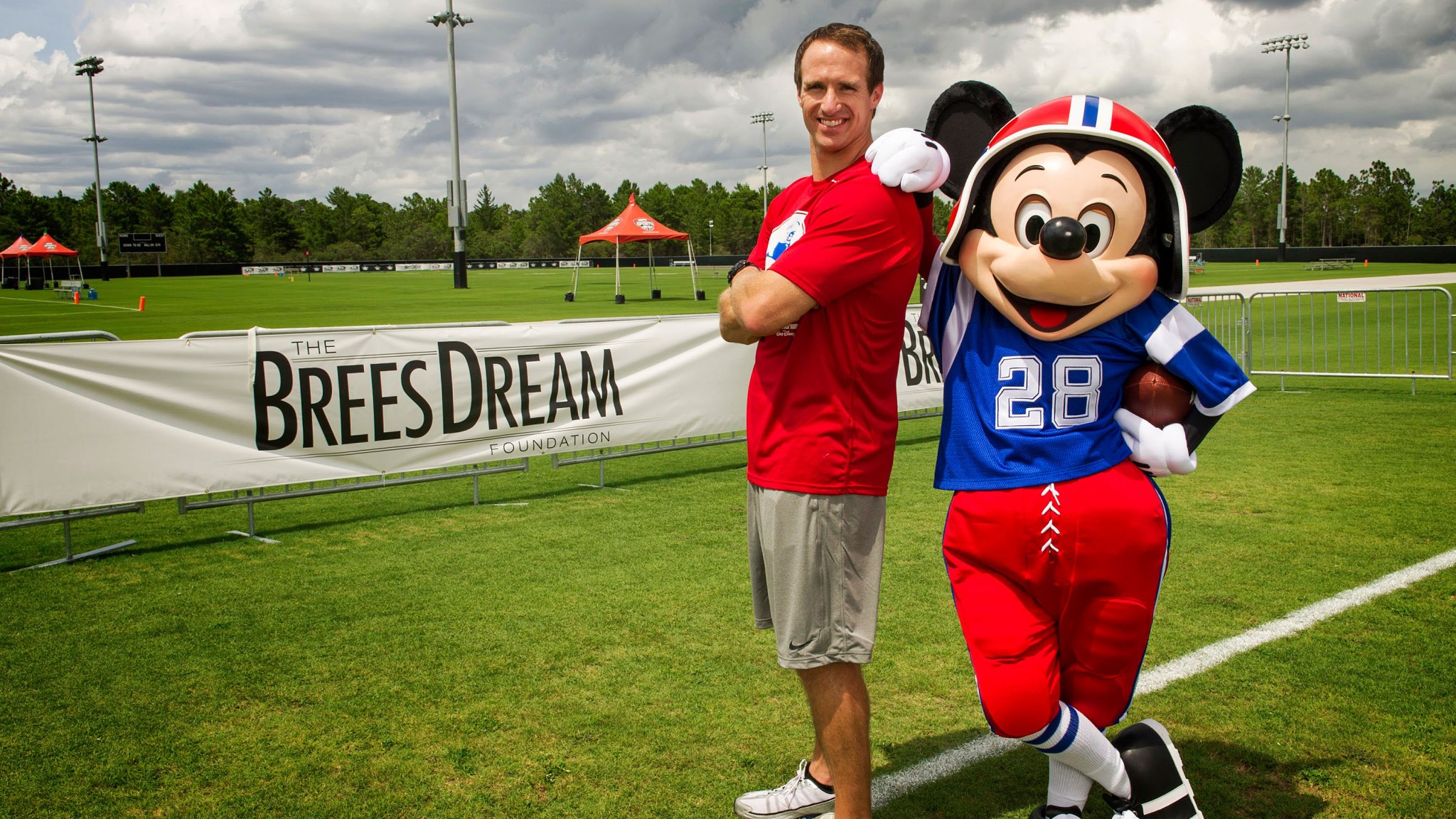 This is our How We’d Fix the Pro Bowl post. There are many like it, but this one is ours. What makes this one different? Complete disregard for human safety, logistics, or the financial viability of the endeavor, to name a few. We also are way too reliant on how the Pro Bowl could be rendered cinematically. But what do you want from us? It’s Friday.

The biggest indictment of the Pro Bowl is probably the utter indifference people show toward it, right? Chalk it up to its postseason, pre–Super-Bowl calendar slot, or the fact that its Hawaii location tells you everything you need to know about the level of competition on display. I mean, did you even know it was happening this weekend? Did you know Deion Sanders and Jerry Rice “picked” the teams? So, rather than representing their conferences, players will be mixing it up, AFC and NFC living together. Mass hysteria.

To which we say, in the grandest tradition of the Internet: meh. Think bigger, NFL. Think bolder. Embrace the absurdity of an exhibition game being played in Hawaii, minus members of the Super Bowl teams, with nothing at stake. Here. Let us help you:

Chris Ryan: How have we not thought of this before? Here’s my pitch: these guys probably don’t want to be playing in this game. The NFL season is a precarious enough gauntlet to run and player contracts are flimsy enough that the risk of injury prevents any real effort. You have to incentivize this somehow. And short of Floyd Mayweather Jr. shooting millions in cash at the winning team with a T-shirt gun, I think there’s only one way to do that: have everyone switch positions.

What’s the golden rule of any team sport? Nobody is happy doing what they’re doing. Point guards want to post up, catchers want to pitch, and CAM NEWTON WANTS TO BE JIMMY GRAHAM. That last one is a work of imaginative fiction, but SO IS ALL THE PRETTY HORSES.

I don’t possess the intimate knowledge of offensive and defensive linemen to suggest who among them could be let out of the trenches and into the skill player playground, but here are a couple of Pro Bowl position switches that would make the exhibition must-see TV:

How hype would you get if Alshon Jeffery lined up at defensive end? Cam at tight end? Graham at outside linebacker? LeSean McCoy can probably play quarterback, right? Joe Haden and Patrick Peterson at wide receiver? Mike Tolbert at nose tackle? Andrew Luck at free safety?

Would these guys get hurt playing at an unfamiliar position, using their bodies in ways they are not trained to? I’m not a doctor, man. I don’t make those calls. But are you telling me that Andrew the Giant blowing up Eric Berry, as the Chiefs defensive back gets to live out the secret life of slot receivers, wouldn’t be the coolest thing in Pro Bowl history? No, you are not telling me that. Motion passed.

All Oklahoma Drill Everything 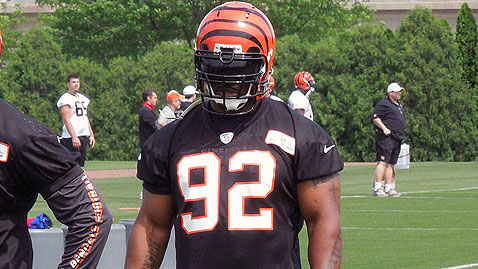 Robert Mays: In figuring out how to fix this, I started thinking about my favorite low-stakes football TV of the year. The Pro Bowl doesn’t work as a football game; if it did, I know that I — someone who voluntarily watched Panthers-Bucs on a Thursday night this year — would be watching. One way for the Pro Bowl to possibly work is to make the competition more granular than the game. These are the most skilled football players in the world, and what better way to showcase those skills than by isolating them. What I’m talking about is something like the Oklahoma drill.

Anyone who watched Hard Knocks this year knows what that means. During training camp, the Bengals would, as a team, line up and go through a drill that is as simple as football drills get: one lineman on offense, one lineman on defense, one running back. That’s all. HBO has destroyed all video of it, but the moment Marvin Lewis mentioned it, everyone on the field went absolutely nuts. One surefire way to get proud, testosterone-laden people motivated is to give them an activity that proves who is physically superior.

I know, I know — this has some drawbacks. Coaches already aren’t excited about the Pro Bowl, and now we’re talking about their guys lining up and beating the hell out of each other. My retort would be that the format here wouldn’t include more than a handful of plays. Maybe it’s a single-elimination tournament composed of players from two separate teams. Maybe each round is a best-out-of-three series. Who knows? No bad ideas in a brainstorm!

Obviously the Oklahoma portion suits linemen, but there’s a way to expand this to everyone. Quarterbacks could do some sort of modified skills challenge. Wide receivers and defensive backs could go one-on-one and keep score. The idea here is to put players on an island they rarely have to be on (and I’m not talking about Hawaii), where ego comes into play in ways it can’t when they’re just one guy in a 22-man scrum. 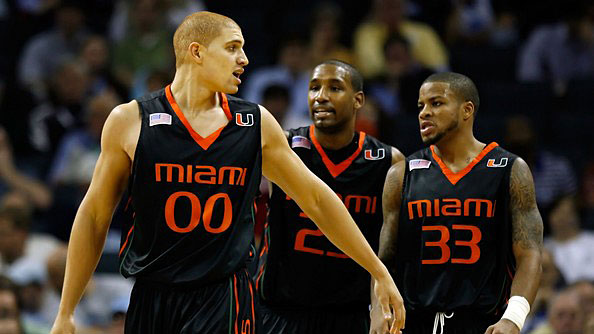 Andrew Sharp: The Pro Bowl let Deion and Jerry Rice choose the teams this year. In other words, the Pro Bowl is stealing ideas from the NBA Rookie Game. That’s how desperate things are.

It all reminds me of the dunk contest. The dunk contest fails for the same reason the Pro Bowl does. The league won’t get creative, and the players don’t really want to be involved. So every year we get the KILL THE PRO BOWL story in late January, and then a few weeks later we get the IS THE DUNK CONTEST DEAD? story.

There’s a solution here. Just put them both on the same weekend. Move the NBA All-Star Game up a week, and move the Pro Bowl to the week after the Super Bowl (like it used to be), and have them in the same city.

If NBA players don’t want to dunk, let A.J. Green and Calvin Johnson into the dunk contest. Not only would it be fun to see them try, but I bet you the NBA players would be like, “Hold up, you wanna see dunks?” and then go nuts.

If NFL players don’t want to do a real football game, let LeBron and Durant play flag football with Drew Brees and Colin Kaepernick. You’d watch that. Or linemen basketball. You’d definitely watch that. The possibilities are endless. Chuck and Kenny could announce everything. You could still have some sort of football game on Sunday, and we’d ignore it just like we ignore the basketball game.

The Pro Bowl will never mean anything. But if it’s going to be pointless forever, we’d might as well pair it with the greatest pointless event in sports. For 72 hours, we could get a two-sport bonfire of sin and celebration that would be so insane you could see it from space. How does anyone say no? 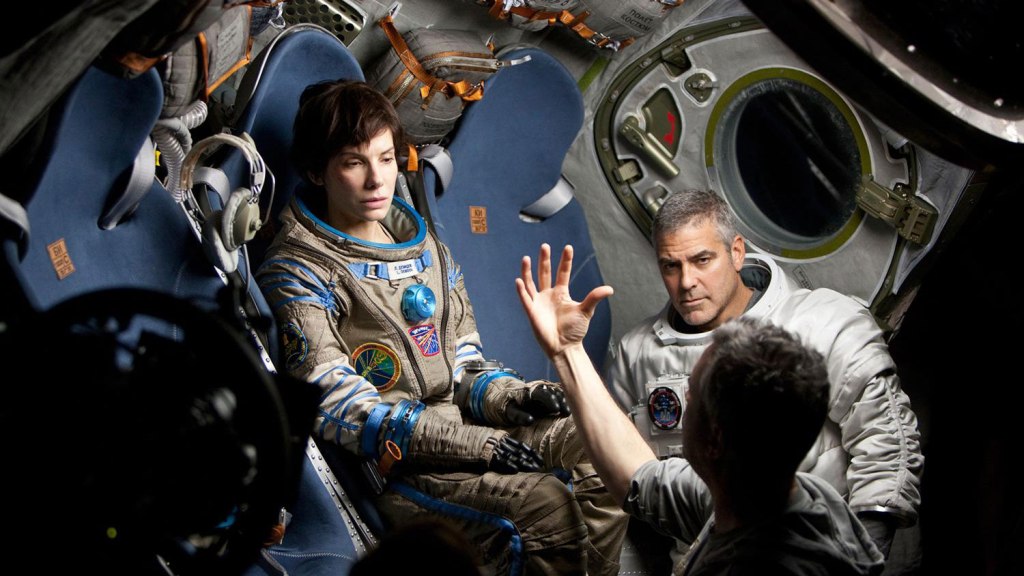 Sean Fennessey: Simple: Keep the game exactly as is. Replace the NBC and NFL Films crew with four different filmmakers, one to cover each quarter. Then put it on 24-hour tape delay to give our new directors a chance to craft their masterwork. The pool of appropriate filmmakers is so vast, so let’s just cull from this year’s Best Director nominees. Welcome to the new Hollywood Bowl.

Cuarón and Lubezki made Gravity the most breathtaking movie of the year. Football is often about suspended bodies moving in impossible contortions. Who better to make us understand how Calvin Johnson crashes through the sky to make catches than the man who made space seem like an infinite, floating dock of terror?

Ever since The Fighter, critics have been telling Russell he needs to make a musical. He’s covered dancing and boxing and war and screwball comedy in his movies — even when the story doesn’t cohere, the way he wends around and through his actors to create tension is remarkable. In American Hustle he turns Amy Adams and Bradley Cooper into believable and elegant coke-infused disco royalty. Somebody let this guy get a hold of Josh Gordon.

The crunching of bones. The tearing of flesh. The collision of bodies. Few can match the visceral power that McQueen has delivered in all three of his movies, but most especially 2009’s Hunger and this year’s wrenching masterwork, 12 Years a Slave. Imagine McQueen training his eye on J.J. Watt.

Live Your Life Like a Madison Square Garden Knicks Celebrity

NHL Grab Bag: Stars Crush Leafs, on the Ice and on the Internet