How to Survive the Return of Kobe Bryant 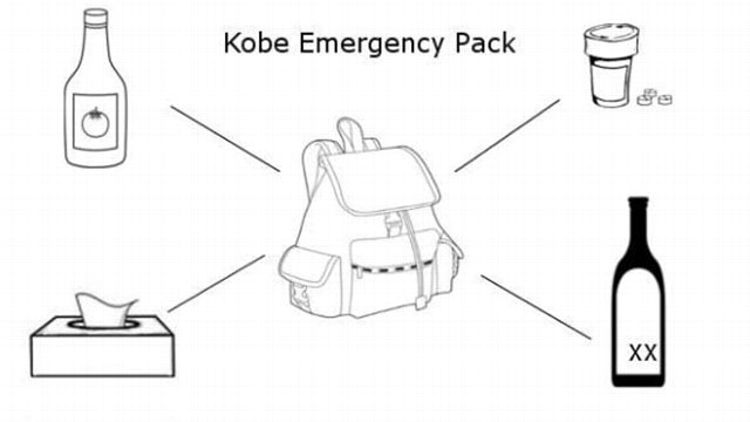 Welcome to the official Kobe Returns Survival Guide, in which I’ll walk you through, step-by-step, the rules and procedures for preparing, watching, and analyzing Kobe Bryant’s first game back from injury.

On a scale of 1 to 10, 1 being “I’ll catch the highlights later on YouTube” and 10 being “I don’t care if the light’s red, the Mamba is playing in five!,” Kobe Bryant’s return is a 20. Kobe is on a mission to prove the haters wrong. He is here to defy his age, bones, muscles, and most importantly, tendons. This is like if Broadway, the WWE, and a Kanye West interview had a baby … and that baby tried to play basketball only nine months after it tore its Achilles tendon. This will be a very important moment that must be seen and processed in the quickest and safest manner possible.

This survival guide is not for everyone. It is for those who love Kobe, basketball, and any type of entertainment whatsoever. If you do not fall into any of these categories, feel free to move on. For the rest, please proceed — and good luck.

You must make certain that you are able to be reached with any Kobe news at a moment’s notice. Discovering and revealing that you’ve found out about Kobe’s return too late is simply unacceptable and will cause you to be laughed at by all your peers. To avoid this humiliation, take the following measures:

• Set Google Alerts to email your phone as soon as any of the following search phrases are added to Google’s SEO: “Kobe Bryant Returns,” “Kobe’s Back,” “Despite Science, Kobe to Play,” “You’ve Gotta Be Shitting Me … He’s Playing?” and “R.I.P., Swaggy P.”

• Follow the most reliable NBA/Lakers media member’s Twitter accounts. This should include @Lakers, @ramonashelburne, @JeanieBuss, @ESPNSteinLine, and @WojYahooNBA, and set your smartphone to notify you as soon as any of these accounts send a tweet. Make sure this alert tone is different from any other. I suggest some sort of farm animal noise or Charlie Wilson’s part in “Bound 2.”

• Have an accountability buddy. This is someone you trust to notify you, via text, as soon as they have received confirmation of Kobe’s return. This is merely a safeguard in case you lose access to the Internet. Due to excitement, your accountability buddy may not be able to text words. Most likely, the first text you receive will be something along the lines of “!!!” This translates roughly to “Kobe is back and ANYTHING IS POSSIBLE.”

Having a plan of action is crucial. Once news breaks that Kobe has been cleared to play, sit down with your spouse, friends, family, or whoever you’ll be watching the game with, and agree upon a predetermined meeting place to witness history. Once this step has been taken, pack a bag containing the following items, which will help you be prepared for any Kobe scenario:

Once the comeback has been confirmed, it is time to execute your plan of action. Immediately rush to your vehicle and go to your assigned destination.

If you are tied down to a prior commitment such as a date, work, or even a funeral, take the following steps:

• Rush to the restroom with your ketchup bottle. Chug as much ketchup as possible before you feel the urge to vomit. Proceed to throw up. Inform whoever you are with that you are not feeling well due to throwing up. Inform them that you are going home to rest. DO NOT REVEAL YOU ARE ABOUT TO KOBE.

• Grab the bottle of alcohol and poor it into a 24-ounce cup. Once the cup is filled, pour the alcohol on the ground to remember your homie, Swaggy P (Nick Young), for the death he is about to endure courtesy of being on the same team as Kobe Bryant. While speed is crucial, you must remind yourself to respect the soon-to-be-dead. This is what separates us from the animals.

• Grab the rest of your items and run as fast as you can, partially because of Kobe but mostly because of the mess of alcohol and vomit you just made. While running, remember that concern for people of various ages, genders, and disabilities go out the door when it comes to Kobe’s return. If anyone is in your way, it is legally and socially acceptable to shove them in order to reach your destination point.

• Get in your vehicle and drive to your predetermined location.

What you are about to witness can trigger a variety of emotions. To keep your loved ones safe and your children free of shame for you, make yourself completely unavailable to them for at least 12 hours. If you do decide to watch Kobe’s return with others, be sure to avoid watching with the following:

• Hardcore Lakers Fans: As soon as a bucket is made, get ready for nonstop “WHAT DID I TELL YOU?!”

• Doctors: This is not only for you, but for them. Anyone who has a vast understanding of the Achilles tendon may watch Kobe and come to the conclusion that everything they’ve ever known is a lie.

• Mothers: Specifically mothers who don’t think it’s fair that Kobe is getting so much attention when that little guy (Steve Blake) has more points.

Much like the brutal unpredictability of the ocean currents, this night could go any number of ways. Below are two emergency scenarios that could occur during and shortly after the game. Again, these are only the most drastic circumstances, but given the nature of Kobe’s comeback, we want you to be safe. If either scenario takes place, this is exactly how your body will react. DO NOT PANIC. This is very natural.

From the opening tip, Kobe has passed the ball 0.0 times and attempted 48 shots. He has taken nine 3-pointers from five feet beyond the arc, and 28 long 2-pointers. Kobe has let every single man blow by him on defense and cherry-picked every play on offense. You have uttered the phrase, “What the hell is happening?” a total of 76 times. The game concludes with Kobe scoring 50 points. The outcome causes you to drop to your knees. At this point, you must confess your past sins to the higher being that you are now certain exists, given your inability to describe what you just saw. Realizing that nothing is or ever will be the same, your life is changed forever.

When you are honest with yourself, this outcome is the least expected. You’ve pumped this up so much in your mind that you cannot bear to think of Kobe being anything less than superhuman. Unfortunately, you are witnessing Kobe move a lot slower than you remember, and an unsettling feeling begins to settle in. It’s the fourth quarter and Kobe has four points (all free throws). Another kick in the ass comes when you see him miss a gimme layup on a fast break. Even though you tell yourself, “This is how it’s supposed to be,” a sadness has descended on you. The final blow comes at the end of the game, when a replay shows Steve Nash mouthing the words, “He looks so damn slow.” While blankly staring at the television, you politely tell your guests, “Please, leave me be.” You walk to your six-disc CD player and pop in an Adele CD. Grabbing your box of tissues from the emergency pack, you begin to cry the night away as “Someone Like You” is played on repeat.

This game will undoubtedly be analyzed by everyone in the media world. After you have allowed yourself to feel all that you can feel, it is time to come to your senses. Avoid drawing any conclusions from the unnatural nature of Kobe’s return. What you just witnessed should be spoken about only in very basic terms, such as, “I watched a game in which Kobe played.” This will be a difficult task due to the body’s natural reactions to draw all sorts of conclusions. See the diagram below.

Ignore your natural bodily instincts and perform the following tasks:

2. Turn off the lights in your house.

3. Forget what you just saw.

4. Sleep the night away.

Jason Gallagher (@jga41agher) is the founder of Ballerball.com and the cowriter of The Lockout: A Musical.

We Went There: Watching Green Bay on Thanksgiving at NYC's Best Packers Bar