Hey, Don’t F*$% This Up: The Buccaneers Need Darrelle Revis 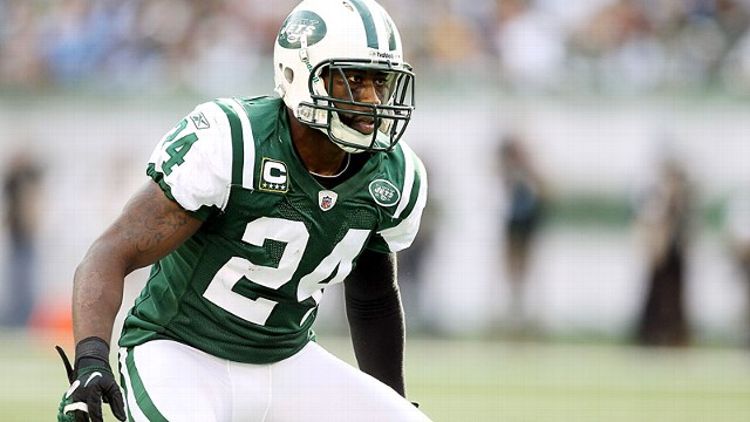 The most fitting game of the 2012 Buccaneers season came in Week 2. Tampa Bay was visiting MetLife Stadium, where the Eli-era Giants have been known to give one or two away over the years, and it looked to be happening again. Early in the second half, the Bucs’ lead grew to 14 with a Connor Barth field goal, and the margin stayed that way until the final minute of the third quarter. That’s about when the wheels came off.

Eli Manning put together 21 unanswered points in less than 12 minutes, and when Tampa Bay did manage to tie things back up late, it took him less than 90 seconds to reclaim the lead and seal the win. There were games further down the schedule that better showed the promise for many of the young Bucs (Doug Martin had only 66 yards against New York), but none was a better way to understand their biggest shortcoming. Tampa Bay’s pass defense was a horror show.

The Bucs finished dead last in passing yards allowed a year ago, and while those numbers can occasionally be misleading, the advanced stats aren’t much better. Tampa Bay was 26th in pass defense DVOA, according to Football Outsiders. Compounding the problem is that the Bucs had only two cornerbacks who graded out positively according to Pro Football Focus last year, and neither of them remain on the roster. Aqib Talib and his significant baggage was shipped to New England in the middle of last season, and starting cornerback E.J. Biggers signed with Washington earlier this offseason. Tampa Bay is in desperate need of help at cornerback, and luckily for the Bucs, that help seems available.

It’s widely understood that Darrelle Revis’s time with the Jets is done, and right now, a deal with the Bucs is reportedly only a matter of time. Tampa Bay is apparently willing to part with its first-round pick from this year (the 13th pick overall), but the Jets are looking for more. If it is similar to what Percy Harvin was worth to Seattle (a first- and a seventh-rounder, along with a third-rounder next year), it’s a trade the Buccaneers can and should make. Tampa Bay doesn’t have a need that even approaches its issues on the outside of its defense, and even at age 27 and coming off a major injury, Revis is worth that asking price and the new contract he’s looking for. Earlier this year, I wrote that Revis would rank among the few best players ever traded, and nothing about that designation has changed.

That Tampa Bay is the team in play makes the trade even more logical. The Bucs signed Eric Wright to a one-year deal this week, but right now, they need a player like Revis more than ever. One way around shoddy secondary play is through an elite pass rush (see: New York Giants, most of this decade), and that’s something the Bucs are currently without. By letting Michael Bennett take a one-year, $5 million contract in Seattle, Tampa Bay lost its best pass rusher. Left at defensive end are third-year players Da’Quan Bowers and Adrian Clayborn, both of whom have promise but have yet to see it all come together. The Bucs got strong play out of several young defenders last year (rookie linebacker Lavonte David was excellent in helping the team to the best run defense, and Mark Barron should eventually be a star), but the pass rush will likely be lacking again, and Revis does a lot to mask that problem.

Trading a first-round pick for an established veteran is typically a move made by a team that feels like it’s only a few pieces away from being a contender, and although the Bucs are young, that diagnosis doesn’t feel too far off. Their offseason a year ago is one of the best in recent memory. Vincent Jackson provided what the Bucs hoped he would on the outside, Carl Nicks was playing at a Carl Nicks level before he got hurt, and Doug Martin was an excellent find. This year, they added (the overrated but still solid) Dashon Goldson on the back end of the defense, and although he was always on the roster, the return of Davin Joseph after the guard missed all of 2012 is almost like landing a free-agent prize.

It won’t be long before Josh Freeman comes up against his deadline to prove that he should be the Bucs’ long-term answer at quarterback, and although that still remains a question, general manager Mark Dominik has done a very good job of gathering plenty of young pieces across his roster. The Revis deal would only be another, and that it looks to be inevitable is good news for the Bucs. With him, they’re a team that could take a huge step forward this year.

Bill & Bird: Bird Would Have Retired Had Len Bias Lived