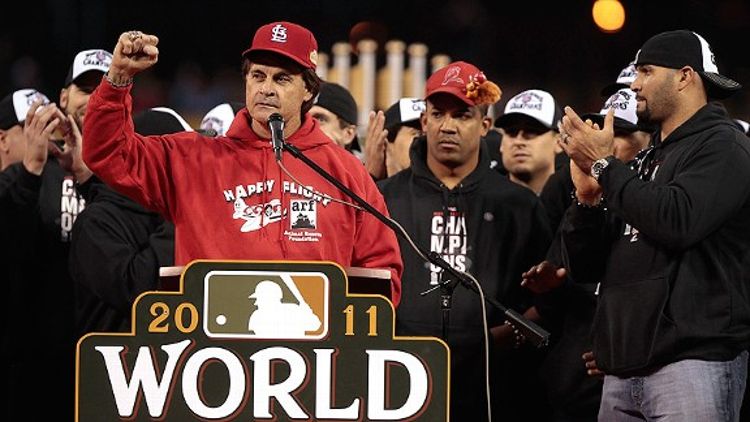 The multi-talented Joe Posnanski, writer and podcaster for Sports Illustrated and SI.com, joins the podcast this week. With a book about Penn State football coach Joe Paterno, we get JoePo’s take on JoePa breaking the all-time Division I record for coaching wins. Poz then weighs in on the legacy of Eddie Robinson (the previous record-holder), the impact Joe and Sue Paterno have had on State College beyond the football field, and the unlikely success of this year’s Nittany Lions team.

Then we dive into World Series talk. What the hell happened with BullpenPhoneGate? Where does Game 6 rank among the most exciting games of all-time? What did August 24 Joe Posnanski think about the Cardinals’ World Series chances? Is it a good thing or a bad thing that the best team, more often than not, doesn’t win the World Series anymore? Finally, Joe serves up some controversial Power Rankings, breaking down his top five sporting events to cover.