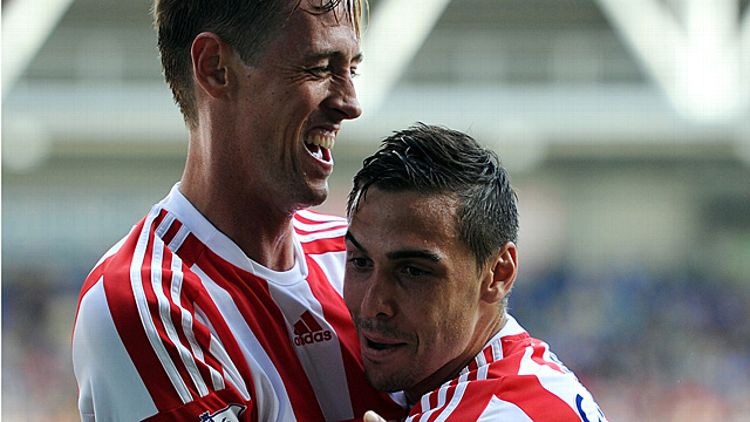 The English Premier League table is finally starting to take shape, and it’s all looking rather familiar. Chelsea, Manchester United, Arsenal, and Manchester City have all claimed the same Top 4 status they enjoyed from last year. And while it may have taken four games, the season has finally had its first John Terry Handshake controversy. QPR’s Anton Ferdinand did the honors.

Luckily, a number of Premier League debutantes have emerged early in this campaign to allow us to escape a sense of complete déjà vu. Arsenal’s Santi Cazorla, Manchester City’s Javi Garcia, and Swansea’s Michu, among others, have all left their mark. But arguably none have done as much to entertain GFOPs as American Geoff Cameron. In this week’s pod, Michael and Roger are joined by the Stoke City defender to discuss driving on the wrong side of the road, Anti-American bias among referees, and yes, Cameron’s unique contribution to the English language, #QuarterbackStyle.