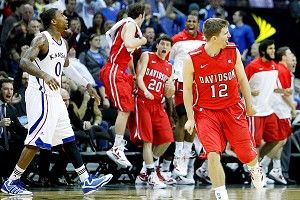 Earlier this year, after the Davidson Wildcats fell to Wichita State in February, Grantland’s Michael Kruse wrote of his alma mater’s 2008 tournament run, and the program’s journey in the years since. Kruse wrote:

Davidson returns to the tournament this year as 13-seed. They’re scheduled to face the Rick Pitino-led Louisville Cardinals, a 4-seed, at 1:40 p.m. Eastern on Thursday.

Let's All Learn Some Things About Wichita State

It's OK to Hate Wisconsin