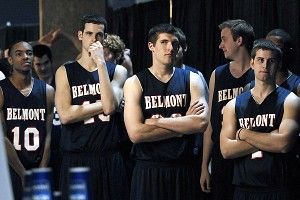 Hey, so, cool story: I picked Belmont over Georgetown. I can’t really remember why, but it seems like the hot pick at the moment, right?

Let’s examine Shane Ryan’s mid-major primer on the Belmont Bruins and learn some things, so I can try to justify this.

Belmont, a 14-seed, is scheduled to face 3rd-seeded Georgetown at 3:10 p.m. Eastern on Friday.