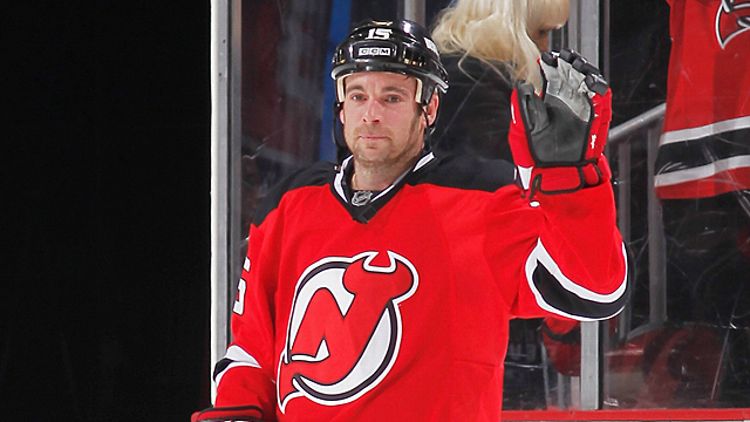 The NHL appears to be on the verge of saying good-bye to one of its all-time great underdog stories. After nearly two decades and more than 1,000 games played, Steve Sullivan announced this week that he was “99.9 percent” sure his career was over.

Your memories of the 39-year-old Sullivan’s NHL run will largely depend on which team you cheer for. In New Jersey, he was the long-shot ninth-round pick who both began and ended his career as a Devil. In Toronto, he was a key piece in the Doug Gilmour trade who became a casualty of the Leafs’ typical impatience. In Chicago, he was the unexpected sniper who once led the league in short-handed goals. In Nashville, he was a veteran presence who helped the team finally emerge as a contender. And in Pittsburgh and Phoenix, he was a free-agency gamble coming in on short-term deals at the end of his career.

Sullivan was never an All-Star, but he scored 20 goals in eight consecutive seasons and hit the 60-point mark seven times. His comeback from a career-threatening back injury earned him the 2009 Bill Masterton Memorial Trophy. And at 5-foot-9 and barely 160 pounds, he was easy to cheer for — earlier this year, we named him one of the 12 NHL players who nobody hates.

But all of that pales in comparison to what may stand as the most memorable moment of Sullivan’s career: The night he struck a blow for karma by laughing in the bleeding face of a Colorado Avalanche fan.


Here’s a quick rundown for those of you who can’t access YouTube videos and/or whose brains have melted from the sheer awesomeness of what you just saw.

During a 2001 game in Colorado, Sullivan gets clipped in the nose with a high stick. He’s bleeding, and as he makes his way off for repairs, a Colorado fan with front-row seats starts giving him the gears. Sullivan briefly stops and says something to the fan, who responds by laughing and pointing at his nose.

We’ve all seen fans like this, and if we’re being honest, there’s a decent chance we’ve all been fans like this. Taunting an injured opponent is part of the NHL experience, and if the incident had ended there then nobody would remember it.

But it didn’t end there, because the hockey gods decided to mix in a little payback. So later in the same game, the puck comes to Patrick Roy — as per league bylaws, every insane NHL moment must directly involve Patrick Roy — who flips a clearing attempt into the crowd. And against all odds, the puck drills our old pal Johnny Loudmouth right in the forehead.

As the fan is being mopped up, Sullivan skates over and takes the high road, classily asking him if he requires assistance. No, of course not, because that would have been a horrific wasted opportunity. Instead, Sullivan does the absolute right thing — he taunts the fan right back.

This leads to two phenomenal reactions. The first is from the fan himself, who snaps to attention when he realizes what’s just happened. It’s a bit of a delayed reaction, but he’s just suffered a head injury so we’ll cut him some slack. We can even try to ignore the weird finger-shaking move he breaks out. (But really, what exactly is that? Is “I’m going to play the piano on your neck” some sort of traditional threat in Colorado?)

In any case, the fan’s reaction is immediately topped by the woman sitting next to him, who is presumably his wife or girlfriend. Upon realizing that her significant other, bleeding and possibly concussed by her side, has just been cruelly mocked on national television by a professional athlete, she does the only thing you could reasonably expect under the circumstances: She immediately sells her man out by haphazardly mashing a towel into his eyes while giving Sullivan an enthusiastic thumbs-up.

Seriously, I don’t think I’ve ever managed to encounter this clip without immediately going back and rewatching her reaction at least a dozen times. It’s one of my favorite NHL moments ever, and probably the greatest sports moment in Denver history (slightly ahead of Joe Sakic handing the Cup to Ray Bourque). Is there a term for having your woman abandon you for another man right after you’ve taken a puck to the cranium? I think there should be, and I’m going to propose we go with “puckolded.”

I want to meet this woman and become friends with her, just so that if anything horrible ever happens to me, she can immediately slam a towel into my face and start cheering it on. Also, I want to borrow that green sweater.

By the way, Sullivan also scored two short-handed goals in the game, because he was a boss.

The incident gained some well-deserved notoriety at the time (here’s a clip of Sullivan being asked about it during an interview), then surfaced again a few years later when it emerged as a cult favorite on YouTube. It even topped Cracked’s list of true karma stories. And they say the NHL never gets mainstream media coverage.

So enjoy your retirement, Steve Sullivan, and here’s hoping that your legacy lives on. Whenever a stray puck bounces off an arrogant NHL fan’s forehead, you’ll be right there with us.

Literally, if we’re lucky. After all, you’re retired now. Time to find a hobby.