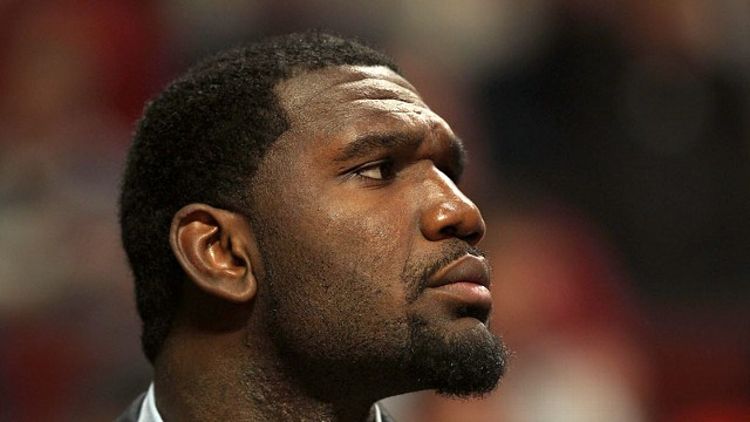 About a year ago, Greg Oden told me that his plan was to rejoin his high school and college teammate Mike Conley Jr. in Memphis at the start of the 2013-14 season. Three months ago, he told me he wanted to play for Cleveland because he likes living in Ohio. Last month, he said his trip to Miami during the NBA Finals won him over and the Heat were the front-runners to land him.

In 2006, back when I was one of his AAU teammates, Oden was the most sought-after high school big man since Lew Alcindor. But for some reason, as he prepared to return to the NBA next season and teams courted him, he kept changing his mind like someone who’d never been recruited before. I decided that instead of trying to figure out Oden’s thought process, I’d just wait until he was ready to make an official decision.

“Obviously the chance to play with the best player in the world and compete for a championship was a big selling point,” Oden told me. “But more than that, what I really liked was how they thought I could really add something to their team. They’ve won back-to-back championships without me, so for them to pursue me as hard as they did meant a lot, especially given all that I’ve gone through.”

Those who watched Oden during his one year at Ohio State need no reminder of what he’s capable of when healthy. But considering there are high school seniors who were 10 years old during Oden’s freshman year of college, a refresher might be useful. This highlight video from a 2007 summer league game is a good start.

Through the first 21 games of the 2009-10 season — Oden’s most recent in the NBA — he posted a Player Efficiency Rating of 23.14, which would have been good for eighth-best in the league and better than superstars like Dirk Nowitzki, Carmelo Anthony, and Kobe Bryant. He averaged 16.7 points, 12.8 rebounds, and 3.4 blocks per 36 minutes that season, including a 13-point, 20-rebound, four-block performance against — coincidentally — Miami in his last full NBA game. He got into foul trouble a little more than he should have that year, but he showed enough flashes of brilliance to convince most NBA observers that Oden, one of the most anticipated players in basketball history, was well on his way to living up to the hype.

Of course, even the most optimistic Oden fans (like me) will admit that the Heat aren’t getting that Greg Oden. In truth, they’ll be lucky if Greg is half the player he was. Not only is his injury history unprecedented for an NBA player, but as he told me last year, his past few years away from the game have been a psychological and emotional struggle. Oden is now in a much better place mentally, but the odds of him salvaging his career still aren’t great, which is something he both knows and doesn’t allow himself to think about.

“The past six years have been tough for me,” Oden said, “but there’s nothing I can do about it now. The past is the past. All I’m focused on is right now. And right now I feel great and I’m looking forward to playing again.”

My 13-year friendship with Greg may have me grasping at straws here, but I really believe he can make a successful comeback. Not only is he just 25 years old, I also haven’t seen him in this good of shape since high school. Oden almost certainly won’t have the explosiveness he once had, but he’s still moving well and he has enough athleticism and lateral movement to succeed in the NBA, especially since he plays center and there aren’t too many great big men in the league these days. If you didn’t know his past and you saw him work out for the first time today, you’d never guess that Oden is one of the most injury-plagued NBA players of all time. I know that’s not exactly much, but given what he’s been through it’s more than I thought I’d be able to say about him.

Most importantly, though, I’m optimistic about Oden’s comeback because he’ll play for the Miami Heat — a team that’s a perfect fit. Because he’ll share a court with the most star-studded team in basketball, he’ll likely never be more than the fourth offensive option, meaning his role will basically be to do the three things he has excelled at his entire career: block shots, rebound, and finish at the rim. The Heat have proven that they can win a championship without Oden, so he won’t be under much pressure to lead Miami to a new level. This means that he will be able to play as many minutes as he’s comfortable playing and even sit out a few games if his body reminds him that he had three microfracture surgeries in five years.

To recap: With the Heat, Oden can afford to ease his way back into the NBA. He will have zero pressure on him, his role will basically be to block shots and dunk on people, he’ll be guaranteed to compete for a championship, he’ll play alongside two of the best players of all time, he’ll pay no state income tax, and he’ll get to live in Miami. There’s also this: “The cool thing about playing for the Heat is when you’re LeBron’s teammate and you screw up, nobody gets mad at you for missing a shot or turning the ball over — they get mad at LeBron for passing to you in the first place,” Oden joked.

I saw just about every step of Greg’s historically dominant high school career. I sat right next to him and saw the disappointment on his face when he couldn’t play in the first few games of his college career because of a wrist injury. I had a courtside seat to see him destroy the Big Ten night after night and put up 25 and 12 on Joakim Noah and Al Horford (now two NBA All-Stars) in the 2007 national championship game. I was in the crowd for that year’s NBA draft and saw Greg’s lifelong dream realized when the Portland Trail Blazers used the first overall pick on him. And I saw the depths of his depression when his career in Portland didn’t work out.

After witnessing this roller coaster, the thought of possibly one day seeing Greg hug LeBron after winning an NBA title or chest-bumping Chris Bosh after Bosh lets out a velociraptor scream is enough to give me goose bumps. Whether this thought becomes a reality remains to be seen. There’s no telling how the next chapter of Greg Oden’s NBA career will unfold. He could — knock on wood to not jinx him — suffer another serious injury in the preseason and never play a meaningful game again. But if karma is even partially real, then one of the nicest, most genuine, and most down-to-earth guys I’ve ever known will get a chance to salvage the rest of what once had the potential to be a Hall of Fame career.

According to Oden, “There’s a lot to be excited about in joining the NBA champions, getting to play with some great players, and living in Miami. But honestly, the thing I’m most excited about is just being able to play basketball again. It’s been a long and challenging road back, so just having the chance to play the game I love again has me more excited than anything else.”

I speak for basketball fans everywhere when I say that we’re excited too.