Gators at the Threshold 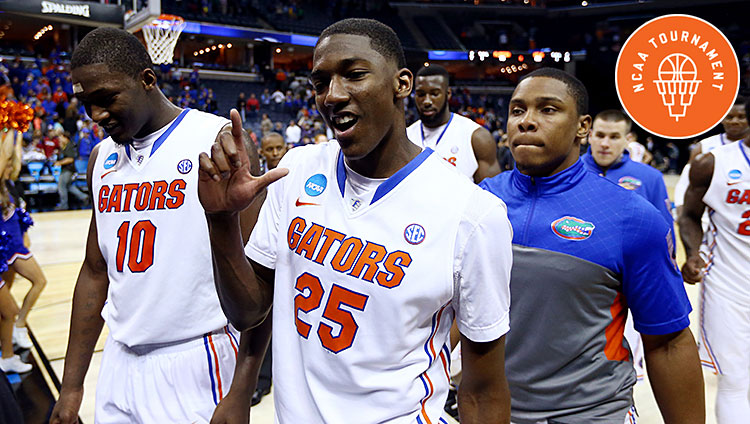 For the four senior starters on the Florida team that advanced to its fourth consecutive Elite Eight on Thursday with a fairly comfortable 79-68 win over UCLA, it must feel like a last chance to overcome a particularly immovable demon. Billy Donovan has been to three Final Fours and won two national titles. But Wilbekin, Young, Prather, and Yeguete were barely teenagers the last time Florida cut down the nets. All this group has known is heartbreak; large second-half leads that vanished against Butler and Louisville, and a surprising drubbing at the hands of Trey Burke and Michigan. With the collective talent Donovan has had in those three years, it’s an understatement to call the Final Four drought a surprise.

This group has one more shot. And, on paper, it looks like the best shot. When the Gators went 18-0 in the SEC this season, it was impressive, but also difficult to translate. Beyond Florida, was the conference really anything more than Kentucky, sometimes Tennessee, and a lot of dreck? The answer came, at least for me, in the round of 32 against Pittsburgh. Jamie Dixon’s team underachieved all year, but the one thing you could say about the Panthers was that (with the exception of a Duke team doing its usual “peak in late January” thing) nobody ran them off the court. They played Syracuse tough twice, beat UNC, and lost to three against Virginia in both the regular season and conference tournament.

Florida ran them off the court. With the bottom half of the South region in tatters, UCLA was the last obstacle between Donovan and the Final Four. And though Kyle Anderson somewhat lived up to the swell of Internet hype making the rounds before yesterday’s game, Florida unleashed victory by slow degrees, gradually breaking down Steve Alford’s Bruins with the country’s second-best defense and a balanced offensive attack led by the sharpshooting of Michael Frazier II, a sophomore and the fifth starter alongside Donovan’s seniors.

Florida’s path to the final weekend seems easier than it has been in three years. Dayton has taken down two of the weaker major-conference high seeds in Ohio State and Syracuse, and capped it off last night by breezing past a Stanford team whose defense failed at the worst possible moment. It felt like a coronation for Archie Miller, younger brother of fellow Elite Eight coach Sean, and it also felt like the end of the ride. This is, after all, a team that couldn’t win the Atlantic 10 conference tournament, now facing an opponent with loads of experience and a 29-game winning streak in a major conference. It’s David vs. Goliath, if David was missing his slingshot and Goliath had a chip on his shoulder.

In some ways, the Elite Eight could be the story of thresholds. Sean Miller is the best coach to never reach a Final Four, and he’s a game away. Bo Ryan has been toiling at Wisconsin for more than a decade, assembling efficient teams without the firepower to take a big leap in March; he’s standing in Miller’s way.

If Ryan can’t do it, Tony Bennett could strike a blow for slow-paced teams everywhere by making a Final Four with Virginia. Louisville could become a dynasty with a third consecutive appearance in the Final Four. John Calipari could show that sometimes pure talent can trump everything. Kevin Ollie could solidify his position at UConn. John Beilein could prove he’s the best player-development and in-game coach in college basketball.

Florida trumps all of them, though. One more win could go a long way to eradicating the ghosts of the last three years, and all indications point to an easy win over Dayton. Yeguete, Wilbekin, Prather, and Young seem hardened by their experiences, and hellbent on reversing the narrative of disappointment that currently defines their Gator careers. But the past is never really dead, and that’s why Saturday will be so fascinating. If things are more difficult than they expected, will the bad memories redouble their resolve? Or will it take on the quality of a nightmare, where the best intentions are engulfed in a familiar disaster, and the awful fate repeats itself in slow motion?

Grantland Audibles: A Visit From the Goon Squad