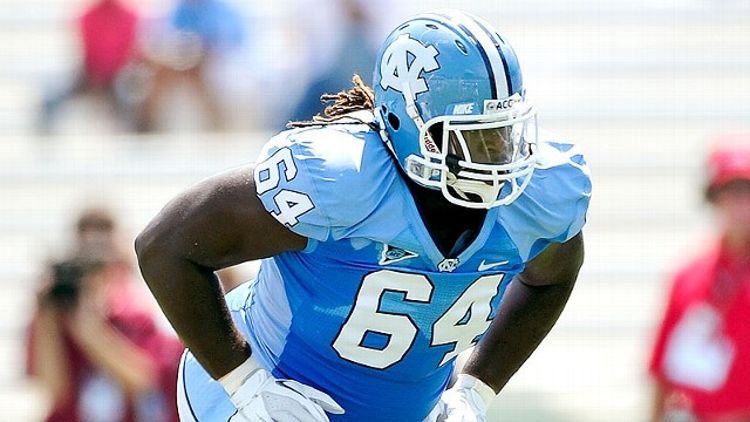 As I write this, we stand about seven hours from the start of the 2013 NFL draft, and all anyone seems to know is that, really, no one knows jack. Last year, any drama that normally comes with the early parts of Round 1 was gone long before Roger Goodell stepped to the podium. Andrew Luck was the no. 1 pick since kindergarten, and I’m pretty sure no one thought the Redskins had climbed up to no. 2 for Michael Floyd. With the new rookie salary scale in place, last year was supposed to usher in a new era of trade craziness and general mayhem, but aside from Jerry Jones’s typical insanity, things pretty much went according to plan. This year, we’re on some Mad Max–type stuff.

Just about everyone concedes that a tackle is going first overall, but which one? Where does the first quarterback go — Oakland, Philly? Does Buffalo really take Ryan Nassib at eight? Who could’ve known that Socrates was actually talking about the NFL draft that whole time? In honor of true wisdom, here are five sort-of-but-not-totally crazy predictions about this year’s draft class.

1. Jonathan Cooper will have the best career of any player in this draft

There are a lot of factors pointing toward Cooper’s success, but it starts with what type of guard even warrants mention as a top-10 pick. The success rate on guards selected in the first round is higher than any other position, but usually even the best ones don’t end up going until the 20s. Last year, David DeCastro was the consensus best guard available, and widely viewed as one of the draft’s safest picks. He went 24th.

Cooper and former Alabama star Chance Warmack are both considered potential top-10 picks, but the edge to Cooper is a product of the NFL’s future. It’s been 28 years since Joe Theismann’s broken leg so famously set in motion the need for agile left tackles designed to protect the quarterback, and that’s given NFL defenses more than enough time to adjust. These days, defensive coordinators are shifting some of their focus from edge rushing to exploiting matchups on the inside. This comes in a variety of ways, such as stunts, lining up players like Aldon Smith over the guard, and finding pass-rushing defensive tackles like Geno Atkins and Henry Melton. One counter available to offenses is to rethink what type of player constitutes an NFL guard. Warmack is an undeniably dominant mauler, but the smaller, quicker Cooper is almost tackle-like in his pass sets and ability to stonewall rushers. Cooper is the next-generation guard, and whoever takes him will be getting a perennial All-Pro talent.

2. Four quarterbacks will be selected in the first round

This number speaks much more to history and the draft’s new landscape than it does the talent in an admittedly subpar class. Geno Smith won’t get out of the top 10, but it’s the other three candidates that people are likely to disagree about.

In the past two years, four quarterbacks have gone in the first round. Both of those classes (especially last year’s) were significantly better than this one, but you’ll better understand the willingness to reach for a quarterback by examining the 2011 draft. Cam Newton and Blaine Gabbert weren’t surprises, but both Jake Locker and Christian Ponder were. Both were considered first-round talents, but neither had received much mention as guys worth their eventual draft positions (Locker at eight, Ponder at 12). Obviously, more than any other position, where a quarterback is rated and where he ends up going often bare little resemblance. This year, instead of moving from the late first into the middle, quarterbacks would be moving in from the early second.

The league’s new rookie salary scale also plays a role here. A miss on a first-round quarterback used to set a franchise back half a decade, but no longer. The financial burden of a first-round pick doesn’t approach what it did even a few years ago, and considering there isn’t a single quarterback-less contender in the NFL, teams are going to be taking more and more low-risk shots to find their guy.

3. Sheldon Richardson will be the third defensive tackle taken but will have the best NFL career

My faith in Richardson’s future mirrors my faith in Cooper’s, in a way. Both Star Lotulelei and Sharrif Floyd are excellent defenders at the point of attack who can anchor a team’s run defense by themselves. Lotulelei especially shows off incredible power in collapsing the entire interior of a team’s offensive line, and he’s likely to be a force during his NFL career.

Where Richardson is different is in the quickness of his first step and the nonstop effort he shows in tracking the ball. It wasn’t rare to see him chasing ball carriers and making tackles 15 yards downfield, and although that doesn’t translate to being a great pass rusher, it shows a desire to get to the ball and take people to the ground. Richardson’s pass-rush moves still need developing, and his sack total from last year was paltry, but when considering the type of 3-technique that defensive coordinators want matched up alone against guards in passing situations, Richardson and his burst fit the mold. With some time and some work, it’s not crazy to imagine him as a less-strong Geno Atkins.

4. Five offensive linemen will got in the first 10 picks

Luke Joeckel and Eric Fisher are a given, so it’s a matter of figuring out the other three. Where Lane Johnson ends up will likely set in motion a ton of movement for the remainder of the top 10. If he goes fourth overall to Philadelphia then a tackle-needy team like the Cardinals is faced with having to draft D.J. Fluker at seven, far above where most people have him projected. If he falls past the Cardinals, or if Johnson falls to Arizona, it still wouldn’t be shocking to see a team like San Diego jump up for Fluker to ensure they get the last tackle unquestionably deserving of a first-round pick. An early run on tackles would mean that the value of players like Justin Pugh, Menelik Watson, and Kyle Long suddenly increases, and for teams that feel like they need to shore up the position, concerns about waiting until later in the first round might start to set in.

What brings the total to five is the likelihood that either Cooper or Warmack goes in the top 10. A guard picked that high is almost unheard of, but in a draft without a clear hierarchy, either may be the best player left for Buffalo, the Jets, or Tennessee.

5. UCLA’s Johnathan Franklin will be the best running back from this draft

I’ll admit that watching a bunch of UCLA football this year might be clouding my judgment, but Franklin just seems like the type of back NFL teams are looking for right now. He’s an excellent one-cut runner who works well in space, and he’d be an ideal fit for a team that uses a lot of one-back, three-receiver sets and needs a running back to provide some punch against seven-man fronts. He’s also a very capable receiver who’s a nightmare for linebackers in the soft spots of a defense.

Get Fired Up About These 12 Great (Potential) NHL Playoff Matchups

Team Sapsucker Will See More Birds Than You