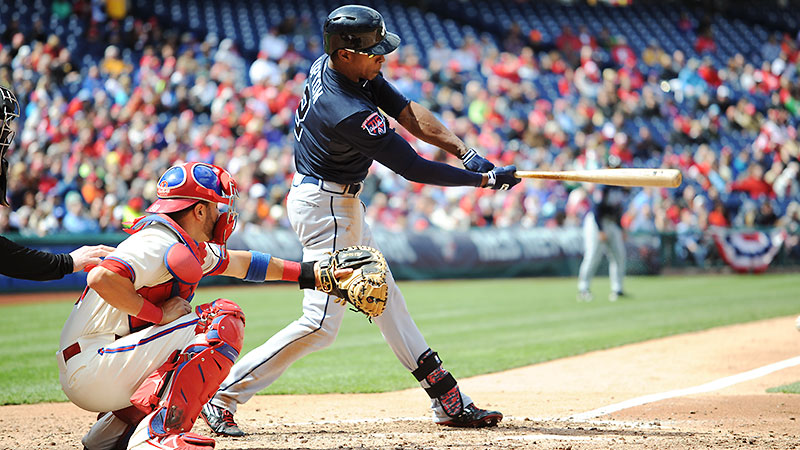 For years, the right-handed batter’s box has quietly been a habitat under attack. Power hitters who reside there permanently have become an endangered species because of a confluence of changes to their environment. Scouts, coaches, and executives — the experts charged with preserving this type of slugger — have seen some regrowth this season on the home run leaderboard, but there’s reason to fear that such gains may be temporal.

Although eight of the top 10 home run hitters in 2014 are right-handed, such success comes on the heels of some very fallow years, and it belies the larger trend. Only eight right-handed hitters reached 30 home runs in 2013, and only 36 hit 20 homers, both the fewest in a non-strike-shortened season since 1992. Only 11 righties posted a slugging percentage above .500 last year, also the fewest in any season since 1992. And even though the top of the current leaderboard is righty heavy, there’s been no appreciable change in the overall rate of right-handed home run hitting: The overall HR/AB and slugging numbers for righties in 2014 are only a modicum better than the 2013 figures, and they are still worse than 2011 and 2012.

While it’s hardly a revelation that offense and power are down across the majors — for the second consecutive year, teams are scoring 4.17 runs per game, the lowest rate since 1992 — Wren, Towers, and others have acted to address the peculiarity that the decline is steeper in the right-handed batter’s box than it is across home plate. ESPN Insider’s Keith Law says the trend has been discussed in scouting circles for a decade.

The last two MLB drafts haven’t offered much hope for change. “There were a couple of guys that stood out, but overall it was left-handed dominant hitting,” Wren says of last week’s draft. Meanwhile, Kris Bryant, whom the Cubs selected no. 2 overall in 2013, was such an anomaly that Law notes, “Bryant’s kind of right-handed power is very hard to find.”

No one interviewed for this story is confident in a catchall answer to explain the decline, and the most common theory is that this is merely the natural ebb and flow.

Despite that optimism, some underlying numbers and hypotheses suggest that the scarcity is more prevailing than passing. Since the decline of performance-enhancing drug usage affects all hitters, here are five theories that, taken in aggregate, might explain why right-handed sluggers are losing more power than their left-handed and switch-hitting brethren.

1. Right-handed pitchers are getting better and using their breaking balls more

Right-handed pitchers annually throw between 70 and 75 percent of all big league innings. With platoons rising around baseball, that means the left-handed-hitting half of the platoon will typically see far more at-bats than the right-handed half. So even if the right-handed batter has pop, he’ll have fewer chances to go yard.

More convincing is this reality: It’s growing increasingly difficult for a right-handed batter to hit a home run off any right-handed pitcher. In 2014, righty hitters are homering off righty pitchers just once every 36.2 at-bats, the third-worst rate since 1993, slightly trailing 2013 and 2011.

This pitch selection matters because, last season, right-handed batters homered on 2.9 percent of all fastballs and 3.2 percent of all changeups they saw from right-handed pitchers, but on only 2.3 percent of breaking balls. (Those numbers come courtesy of kind research aid from Jason Collette, using ESPN’s TruMedia data, and Daren Willman, using PITCHf/x data.)

“Quite frankly, with the velocity we’re seeing in the fastballs, the breaking balls don’t have to be that much better,” Wren says. “If you can change speeds off 97 or 98, it doesn’t really have to be a plus breaking ball to be effective.”

MacDonald, who oversees amateur scouting in San Diego, says that more colleges are coaching and calling for breaking balls, which helps young pitchers arrive at the professional level with more polished command of those pitches. The growth of year-round travel ball and early positional specialization presumably plays a role, too.

Similarly, MacDonald notes that fewer same-side pitchers are challenging right-handed hitters inside with fastballs. Primarily pitching away makes it harder for the hitter to slug the ball out of the park, as most hitters tend to pull home runs, which is easier to do with an inside pitch.

2. The strike zone is skewing lower, and more pitchers are relying on a sinker as a result 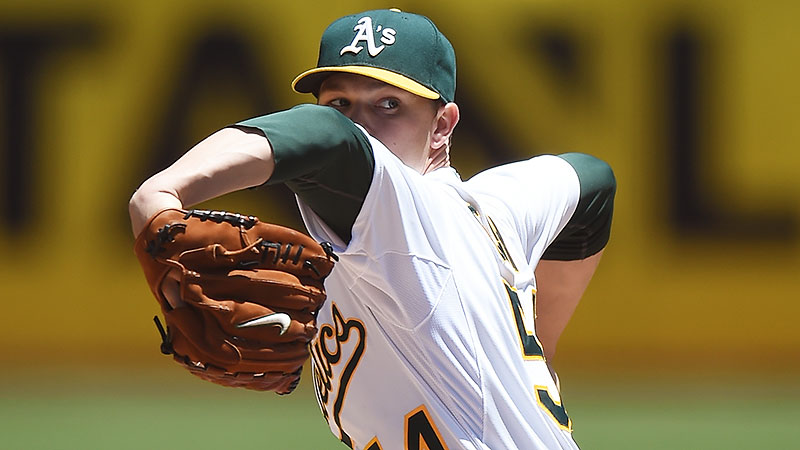 Recent research published by Jon Roegele at The Hardball Times concludes that “there has been a very clear expansion of the called strike zone down around the knees” and, as a result, “pitchers have been keeping the ball down more frequently.”

Most scouting maxims bring a kernel of truth, even if they’re grossly exaggerated, and one wonders if the old adage about left-handed hitters being better low-ball hitters applies here. Law, however, thinks this belief might stem from selection bias: While scouts have long lauded lefties’ rotational low-ball swings, which tend to generate more power and loft, Law wonders if righties with the same abilities are sometimes overlooked.

There’s also been a documented rise of sinker usage across baseball, and that pitch typically attacks the bottom of the zone and is hard for hitters to elevate. Data from Brooks Baseball and Pitch Info indicates that the sinker is a predominantly right-handed pitch, at least among starters, and is most effective when thrown from a same-sided pitcher. 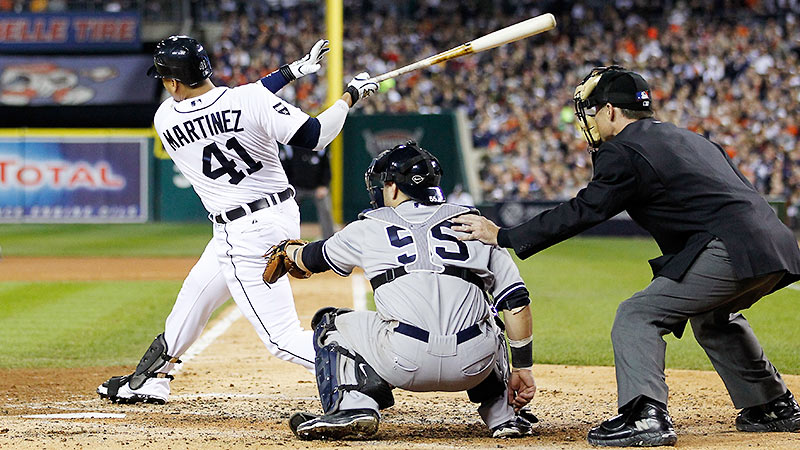 Though only about 10 percent of the population is naturally left-handed, baseball has grown accustomed to filling more than a quarter of its workforce with lefties. The reason is simple: Hitting from the opposite side to create a platoon advantage is more attractive to scouts.

“In the draft room, saying a player is right-right is a ding,” the AL scout says. “It’s a knock against you.”

An NL scouting director calls hitting left and throwing right the preferred combination. Adds MacDonald: “More kids are wanting to learn to hit left-handed than ever before. Hitting is a learned behavior. A lot of kids understand, ‘If I can play the middle of the field and hit left-handed, I’m more valuable.’”

In the first half of the 18 full seasons since the strike, there have been an average of 222 players who threw right-handed but batted left or switch-hit; in the second half of that period, it has increased to an average of 239 players.

“I did it with my own son,” Wren says, referring to his youngest son, Jordan, who plays at Samford University. “I have a son who’s right-handed, but he’s never hit any way but left-handed.”

MacDonald offers an esoteric corollary: Most right-handed hitters are right-hand dominant, so the top hand of the swing is the stronger hand, which decreases loft in the swing. Natural righties who hit left-handed have the opposite situation, with a dominant bottom hand, which increases loft.

A 2007 article on The Hardball Times computed park factors to each directional field and gap for all 30 stadiums. The baseline for average was a score of 100. At the time, only four parks had a park factor of 120 or greater to left field, while 13 rated at least 120 to right field. The overall average to right field was 114 and to right-center was 108, compared to 108 to left field and 104 to left-center.

While more recent data weighted in the same way is not available, five new ballparks have opened since that study, and only two replaced parks with 120 scores to right field. While the new Yankee Stadium has at least the same favorability, Target Field may not.

Several defensive positions, including third base and the premium up-the-middle spots of catcher, shortstop, and second base, are only played by right-handed throwers. Despite the trend addressed in section no. 3, most right-handed throwers remain right-handed hitters. Thus, if a team chooses to play a defensive-minded player over an offensive-minded one, that decision is far more likely to hurt right-handed hitting stats because of the positional bias. Players manning catcher, second, third, and short accounted for 29.9 percent of the 20-homer seasons in 2013, the lowest proportion since 2002.

So don’t be fooled by the current righty-dominated home run leaderboard, and not merely because it’s still June. Those top-heavy power numbers are deceptive, masking a far more pervasive problem.