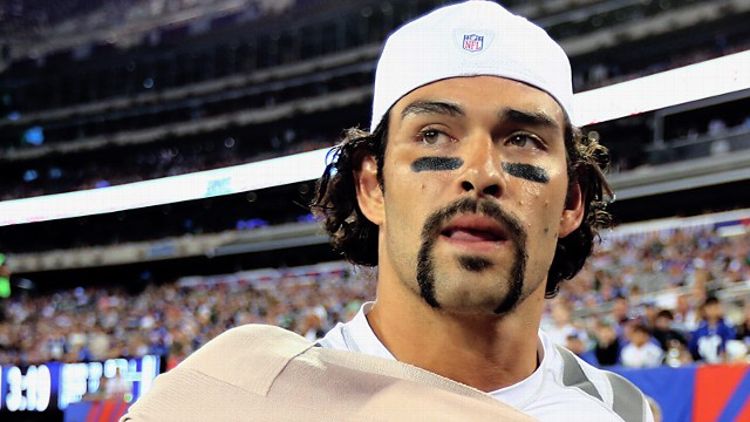 Once upon a time, eons before automated scoring, online league hosting, and indoor plumbing, my dad was the commissioner of an IDP league that depended on newspaper box scores and (presumably) abacuses to keep track of everything. The year was 1992, and as legend has it, one owner who shall remain nameless (we’ll call him “Vinny,” because he hilariously went on to take Patrick Ramsey in a later draft) was looking to round out his defense with one more pass-rusher. After scanning a list of available players, Vinny was thrilled to discover that someone touted by his magazine as a top-five defensive tackle miraculously remained on the board. The player in question had been selected to back-to-back Pro Bowls, tallied nine sacks in ’91, and benefited from playing alongside the NFL’s best defensive end, so it’s impossible to overstate how much Vinny thought he was fleecing his fellow owners. Without hesitation, Vinny proudly drafted Jerome Brown.

One problem: Jerome Brown was dead. He had died in a car accident in June, two months before the draft (but apparently after this fantasy magazine went to print). Vinny was forced to use one of his limited add/drop moves to replace Brown with a living, breathing defensive tackle, and proceeded to finish the season in last place. He now lives in Guam, where the whole incident continues to haunt him.

Ideally, the following rules will help you avoid the pitfalls inherent in drafting a fantasy football team. Some of these rules will be strategic, others etiquette-based, and others even sartorial — but ultimately they’ll work together to make your drafting experience a rational yet enjoyable affair! Of course, I understand that rule-following can be a real drag for many folks, myself included, but sometimes you gotta make sacrifices for the things you love. And let’s be honest, what do you love more than fantasy football? Your job? Your family? Taking selfies? No. Your relationship with fantasy football is far more intense and spiritual and real than anything else in your life, and consequently needs to be nurtured by adhering to certain parameters on draft day, lest you become the next Vinny. Here are eight of those parameters for you last-minute drafters, free of charge. Happy drafting!

Outside of actual sporting events, fantasy football drafts are pretty much the only place where it’s socially acceptable to don a jersey these days. As such, you must relish the opportuntity to do so; think long and hard about what type of statement you want to make with your mesh. Possibilities include …

… going for a hipster chic look …

… and achieving peak fashion (yes, these exist, and they are spectacular).

If you’re drafting online in the comfort of your own home, consider yourself lucky! You get to wear jerseys that are too obscene for public use, which is always a fun treat. For example:

2. Don’t bring too much reading material

You’re preparing for a fantasy football draft, not nuclear war. Five magazines, hundreds of printouts, a laptop, and an iPad won’t provide enlightenment, they’ll create unwanted confusion. Different sources are bound to provide contrasting viewpoints, and how are you supposed to know if C.J. Spiller is a top-five running back or too much of an injury risk if both opinions are staring you right in the face? Instead, if fantasy mags are your thing, peruse the newsstand and purchase only your favorite one. Be aware that they’re often seriously outdated, though (I bet Aaron Hernandez is highly ranked in all of them), and print out a rankings update from your expert of choice to compensate. Other than that, all you need is a small notebook to outline your basic strategy (do this before the draft) and to jot down important thoughts during the draft. If you insist on using a laptop/tablet/smartphone, ensure the Wi-Fi is reliable beforehand.

3. Maintain a poker face at all times

If someone drafts a player you’ve been targeting, do not shout out in terror or visibly wince or make any sort of noise/gesture that would give this monster the satisfaction of knowing you coveted his guy. I broke this rule last week when Danny Amendola, who I was gunning for, was taken one slot ahead of me, which caused me to pound the table in frustration and spill water all over my neighbor’s precious cheat sheets. Needless to say, it was an embarrassing moment that could’ve been avoided if I had a simple backup plan ready.

4. Do not wear headphones/earbuds

The fact that you can maintain an immaculate poker face does not make you Phil Ivey. Owners who wear headphones while drafting are the worst thing to happen to fantasy football since Tom Brady’s ACL injury and invariably have the following things in common:

5. Keep track of the players who’ve been drafted

This sounds easy enough, but crossing off names is an incredibly dull task and you’ll probably be tempted to slack off midway through the draft. However, NOTHING is more annoying than the doofus who’s not paying attention and, when it comes time to make a pick, names 567 players who are already well off the board. Here is an example of how unbearable these situations can be:

On ESPN.com, you can nominate two different receivers named Mike Williams for bidding in auction drafts. One plays for the Bucs and is valued around $8, and the other last played for the Toronto Argonauts in May. (You probably remember him from his USC days, which ended prematurely due to an ill-fated legal battle with the NFL over his professional eligibility.) While this second Mike Williams is obviously worthless to fantasy owners, you can always count on a few dimwitted folks to assume he’s Tampa’s Mike Williams and waste a valuable roster spot/some cap space on him.

NOTE: This maneuver is highly controversial, so be prepared for an onslaught of personal attacks if you decide to execute it. Of course, it’s also perfectly legal, so feel free to ridicule the mark who spent $10 on the unemployed Mike Williams as much as you see fit.

Also, this was so much more fun to do when the Bears had a third-string running back named Adrian Peterson. He once went for $51 in my auction league. Good times.

Unless you’re targeting specific players and can’t afford to do this, take Ben Tate before Arian Foster’s owner does. He’ll inevitably get really pissed and flood you with trade offers, and since you have all the leverage, you can counter with something that’s even more favorable to your squad and still expect him to accept it. This is especially fun if Foster’s owner is a longtime friend/rival.

Corollary: If you own Foster, know that other folks will try to land Tate before you do, especially longtime friends/rivals. Honestly, not getting Tate isn’t the end of the world, and the worst thing you could do is send a panicked trade proposal in an attempt to get him.

Otherwise, you’ll end up with a roster full of Jets. That shot of Crown Royal isn’t worth being saddled with Bilal Powell and the Sanchize all season, is it?