Donovan McNabb Is Going to Make a Great Eagles Fan 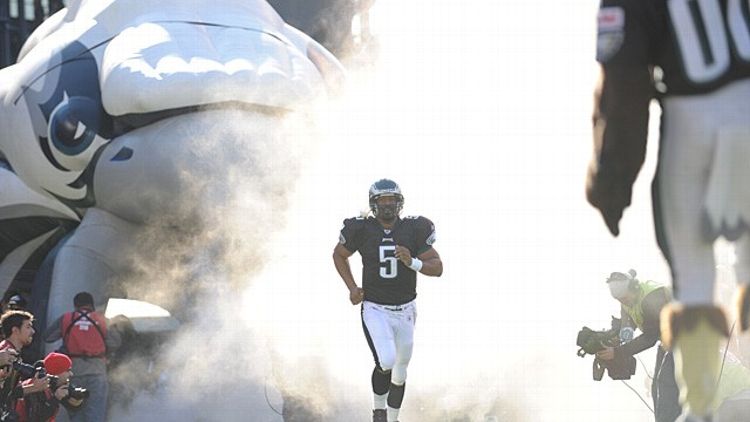 If nothing else, that Donovan McNabb wants to retire as an Eagle should serve as definitive proof that “rivalries” in the NFL are a complete crock. McNabb’s retirement doesn’t represent some kind of cathartic grant of forgiveness on either side. Coming back to the Eagles cap in hand after playing for the “bitter rival” Redskins puts you in the rarefied territory of James Thrash and Jeremiah Trotter.

This reunion needs to happen because both parties truly deserve each other. The same things that made McNabb a liability as a quarterback — a cavalier approach to his job, a passive-aggressive relationship with his coworkers, and an utter inability to seize the moment — will make him a tremendous Eagles fan. I mean the self-loathing, the victimhood. Silver Linings Playbook didn’t teach us anything so much as confirm what we already knew: Teaching in a Philadelphia school is a great way for a certifiably insane person to hide in plain sight, and there’s more actual hostility in the parking lot of Lincoln Financial Field than on the gridiron.

With all that in mind, here are McNabb’s realest quotes as an Eagles diehard in training.

You’ll definitely hear something like this again when Eagles fans are unsatisfied with Chip Kelly’s 2-2 start or the inability of Michael Vick and LeSean McCoy to run a read option without fumbling. But the layers are subtle to get to this conclusion; you must overlook the plain fact that everything about the NFL, from the draft to free agency to scheduling, is meant to promote parity and make getting to the playoffs a conceivable goal for every single team in any given year. If you’re in the same division as the Redskins and the Cowboys, I mean … how hard can this be? And then, you’re assuming that Moneyball applies to the NFL in that the playoffs are a crapshoot once you get in. This combination of defensiveness, delusion, 20/20 hindsight, and 10/70 foresight make it a definitive piece of Andy Reid–inspired Stockholm syndrome.

“Everybody makes mistakes in their lifetime, and they made one last year. So thank you.”

McNabb said this after he commandeered the Redskins to a victory over the Eagles, but you could just as easily picture “Donovan, longtime caller” making this exact boast to the radio honks at WIP before questioning Roy Halladay’s manhood for allowing himself to be placed on the DL.

“They’re pointing and booing. It pissed me off to the point that my motivation was so high, I couldn’t wait to get started.”

This was McNabb’s reaction to getting booed after being taken with the second pick in the NFL draft. These are also the words of a drunken Eagles fan who has already doffed his treasured John Spagnola jersey and will be arrested very shortly for indecent exposure.

“Whatever happened in the past, hopefully it’s over.”

This kind of Zen is attainable only to a guy four Yuenglings into a game in which Michael Vick has already turned the ball over three times, and yet the Eagles have a surprisingly manageable 17-7 deficit.

“He brought me breakfast. He brought me some Krispy Kreme doughnuts and he mowed my lawn. He fertilized it, too.”

This possibly apocryphal but often cited quote is attributed to McNabb speaking on what he did to mend fences with Terrell Owens. Swear to god, add in “pretty sure he had the 7 p.m. shift at the Wawa on Ridge and Fayette,” and people were saying the exact same thing about Bryce Brown before he popped off the greatest two-week run in fantasy football history.

“If it didn’t happen, it’s not going to stop my preparation for San Francisco. It’s nothing that’s going to make me go out and buy a Wendy’s triple-stacked cheeseburger. I’m not going to buy them any flowers or take somebody from the league out to eat.”

Though this quote is about as nonsensical as the plot of State Property, is there anything more Philly than portraying a Wendy’s triple-stacked cheeseburger and flowers as the gold standard show of affection?

A Tale of Two Offenses: The Spurs Get Back to Business and the Knicks File for Bankruptcy