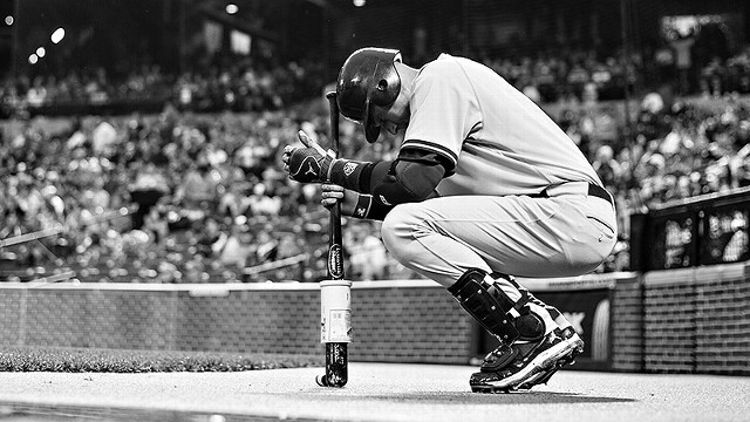 I’m not gonna lie. I’m disappointed that the medical staff has decided to scale back my rehab. But you just have to trust that they know best about some things. Not everything, but some things. They have their MRIs and their CAT scans and their X-rays, and as far as you know, the machines are telling the truth, they’re not programmed by the Red Sox or Orioles to slow down your recovery. Still, you always think you know yourself better than anybody else. When you’re a professional athlete, you have to be in perfect tune with your body, to listen to whatever it’s trying to tell you. Sometimes you’re going through your warm-up, and your hammies might whisper, “We’re a little tight today.” Or your ribs say, “That last swing wasn’t great, might want to be careful.” Or maybe your ankle, the one that cost you and the team the postseason, the one that’s keeping you from rejoining the guys as fast as possible, goes Hey, slow it down a little. Things aren’t optimal down here. Better safe than sorry.

But you’re the Captain of your body. It’s your job to inspire it to do what needs to be done, even when it might not want to. You lead by the example of ignoring the complaints and charging back out onto the field as soon as humanly possible. Your body might ache, but it respects you for your leadership and commitment to winning, and it responds. It always responds.

Yes, the doctors are slowing me down, but I’ll be back on the field soon.

The next time Pronk pinch-hits a huge homer, I’ll be there at home plate to give him a fist bump, to high-five Mo after the save, to let Nuney chamois my bats in the clubhouse while we talk to the media.

I’ve never been the type of person to overreact to bad news. It’s not in my nature to be less than 100 percent positive in the face of adversity. No one ever heals faster by getting angry or upset over a setback. They probably heal slower, but you’re not a physical therapist, so you don’t want to make any inaccurate claims about the healing process.

Anyway, when they told me that they found a small crack in the same ankle that had otherwise been healing normally, I didn’t get angry. I didn’t get upset.

I just calmly left the doctor’s office here in North Carolina, went to my hotel, and sat down at my portable potter’s wheel. You learn a lot about yourself in those countless hours you spend bending clay to your will. There’s this wet lump of shapeless nothing when you sit down, and when you get up, there’s the a beautiful vase, a teapot, a pitcher. Well, you still need to dry the greenware and fire it, maybe glaze and decorate it, but this is not the place where I describe all the steps in the process, I have a separate journal in which I recorded the specific instructions. This is the place where I write down how I feel when I’m throwing. And no, it’s not lost on me that it’s called “throwing” in both of my primary disciplines. I’ve had a lot of time at the wheel to contemplate the meaning of that coincidence.

So I threw. I noticed a small crack in the clay. I threw more. I shaped.

You know what’s worse than a small crack?

You know what’s worse than being out until after the All-Star break?

Being out for the whole season.

Things could be worse.

But they’re not worse. They are what they are.

And the vase turned out great. Really nice lipwork on that one.

I broke the vase. Not going to talk about it. Sometimes the wheel and the diary are not the only ways to work out your feelings. Let’s leave it at that.

I only just noticed that I continue to date these entries with the team’s location, not mine. Maybe it’s because I remain with them in spirit. You never leave your teammates. You win and not-win with them. You live and you die with them. You call them, you text them, you FaceTime them while Girardi and the bullpen catcher hold down Joba and shave off his stupid mustache. You’re there even when you’re not.

But I’m not in Toronto, I’m in Tampa. If I were in Toronto, I would’ve been on the field for Kuroda’s gritty game. And for David Robertson’s total meltdown. You really wish you could be there for him when he struggles like that, partly to reassure him, and partly to remind him that there’s no margin for error in that eighth-inning role. You either hand Mo the ball with a lead or you walk off the field knowing you didn’t do your job. You don’t have to give back the paycheck; there are union rules that prohibit that kind of punishment, but you feel like you should.

We did wind up getting the game, even after that bad inning. I should probably mention that. Mo eventually got the ball and did his job. He always does.

One of the worst parts about all of this is reading the stories about how this might be the end of my career. How I’m almost 39 years old, and I might never make it back.

I can’t say this clearly enough: I will be back. You hate to write checks that your body can’t cash, but this body-bank is more than solvent. It has a line of credit at incredibly favorable interest rates. It does not mortgage its future in risky derivative markets.

So everyone can stop writing those columns. I’m too big to fail.

That sounds arrogant. It’s not arrogance; it’s just the truth. And some frustration, if we’re being honest, and we are, because this diary is my honesty-place. I’m coming back. I’m playing shortstop. At 39. And at 40.

I’m also not ruling out 41 through 43. Those contract negotiations will probably get a little rough, but I bet we work something out.

It feels strange for the team to be here in town and not to be with them. If nothing else, I want to be there to keep an eye on Youkilis. He’s been sitting out with a tight back. What’s his angle? I’ve got at least three guys monitoring him, but nobody’s come up with anything. Sure, he’s got a history of being injury-prone, but you can’t help but feel like he should be dying to get in there with a lefty on the mound. But he sat again, nobody could touch Matt Moore, and CC couldn’t recover from a rough first inning.

Ryan Roberts took CC deep twice, and in the postgame said he prayed to the Lord to give him focus in his at-bats. You hate to get between a second baseman and his God, but you gotta pace your prayers. You can’t be lighting votive candles in the dugout in the third inning of an April game. It’s a long season. Don’t call down favors from Heaven until mid-September at the earliest.

Just found out that I’m headed up to New York on Thursday to give a press conference. And I’ll be back in my walking boot. I know I said I wasn’t going to talk about it, but sometimes you just have to limp up in front of a roomful of reporters and take it one endlessly repetitive question about the small crack in your ankle at a time.

I’ll get through it.

I’m bringing the potter’s wheel with me.