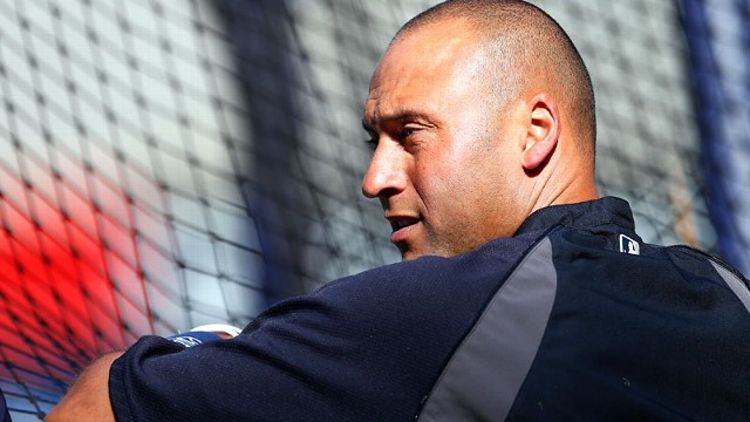 People like to say there’s magic in the pinstripes. You never want to reduce Yankee tradition to something as simple as magic, because calling it hocus-pocus totally discounts all the hard work that went into a century of excellence, but maybe there’s no better word for it. Sometimes you take an ordinary player, or an older player on the back side of his career, and you put him in our uniform, and you just have to stand back and marvel at the transformation. How many times has it happened? David Justice. Chili Davis. Brosius. Ichiro just last year for the stretch run. Vernon Wells earlier this season, before his body realized that even magic has its limits, and shut it down back in May before it killed him, like it did Kevin Maas.

And now Alfonso Soriano. Four homers in the last two days. And 13 RBIs. You almost can’t believe it. But then you can, because you’ve seen it happen so many times before. It feels like a special kind of magic with Sori, too, because he’s been re-pinstriped. Part of you wants to believe that maybe once you’ve been a Yankee, you never totally lose your Yankeeness, but you know that’s not the way it works, because there’s an entire ceremony we go through when a guy leaves the team to make sure he can’t take any of it with him. The equipment manager brings us the departing player’s last game-worn home uniform, and the Inner Circle of True Living Yankees squeezes the blood from five uncooked steaks onto it. There’s a moment of silence while we all contemplate the sad fact that a player’s being sent off into the darkness of another franchise.

Then the wolves are called in.

I don’t like to think about what happens next. But it’s necessary, and it’s important. Tradition is sacred. We have a lot of really fun rituals.

But this diary entry isn’t about the darkness. It’s about Sori coming back to the light. Yeah, the Cubs wear pinstripes, but not the kind that matter. Theirs are even kind of ugly, if we’re being totally honest here.

Let’s not dwell on his time away. All you can do is be happy a guy waived his no-trade clause and saved his career.

You feel awful for Phil Hughes. Sometimes there’s just a really bad fit between player and ballpark. When the New York media figures that out, before you know it there’s all this speculation that a guy’s going to have to go to a team that plays in a place that’s better suited to a homer-prone, extreme fly-ball pitcher. Like maybe San Diego or San Francisco. Or the new stadium they hope to build for Oakland one day, with 100-foot manual scoreboards in the left- and right-field walls, because Billy Beane thinks he’s figured something out about wall-height inefficiency.

It can’t be easy to be rejected by your home field like Hughsey is. It’s sort of like being adopted, but when your foster family gets you home, they figure out you’re allergic to the carpet. What are they going to do, recarpet the place? Of course not. The carpet’s nice for their 24 other kids, they’re just going to put up with the sound of your constant scratching while they find a new family with tasteful tile flooring. Sometimes things don’t work out. All you can do is try to keep the scratching to a level where it’s not turning everybody’s stomach. You make the best of it until they get you into a better situation for everybody.

Soriano drove in four more runs. He has 18 RBIs in the last four games. It’s incredible. Maybe you’re not ready to rechristen him a True Yankee yet, because he did make the decision to go to Texas all those years ago rather than retire when he was traded, and there are consequences to every decision. But if he keeps this up while we’re chasing a playoff berth, you have to seriously consider it. Especially when he’s doing it against Boston, in Fenway, like he did tonight. Being a True Yankee is all about winning. We’ll definitely be having the conversation if he keeps it up. At minimum we’ll get him in the room with the wolves and see how they respond. They might still smell the Cub on him. Or, God forbid, the National. The wolves are gonna do what they’re gonna do, but you still have to take the chance when a guy’s got a shot at immortality.

I didn’t make the road trip. I’m down in Tampa to do some rehab on the calf and finish out my DL sentence while the team is on the road. Unfortunately, the downtime means you’re hearing about all the things in the media you can usually block out when you’re with the guys, playing in the games. It’s impossible to avoid. It’s even polluting the highlight shows.

And the stuff that’s out there right now is upsetting. Lawyers accusing the greatest franchise in the history of the game of awful things, things ownership could never do. The media accusing a player of turning on his own teammate to draw attention away from himself. It makes you sick to think about any of it, and it reminds you of the fried-chicken-and-beer days of the Red Sox, quite frankly. You hate to write that out loud in your diary, but there it is. Your journaling coach always tells you that’s how the truth comes out: You’re writing, and boom, there’s the truth on the page. You didn’t ask for it, but it’s there. Is it a coincidence this is all happening while the team is in Boston? Maybe, if you believe in coincidences. But maybe not, if you’re suddenly staring down at the unexpected truth you’ve just written.

Back to rehab. The team needs its Captain, and wasting your time on attorneys and ballclubs fighting isn’t getting you on the field any faster. If anything, it’s slowing you down, because you just realized you’re standing still on the elliptical so you can hear SportsCenter better.

I wake up to the sound of the house alarm, which is the voice of Bob Sheppard saying, “Num-ber Two, Der-ek Je-ter. You are in grave dan-ger. Num-ber Two.” I look at the security monitor by my bed.

There’s a stretch Hummer in my driveway. Mounted on top of the Hummer is a giant fiberglass head. Wearing a Yankees hat. The head is smiling. I can see that because it’s illuminated by spotlights.

“Hey, Jetes,” booms a voice from the speaker in the giant head’s mouth.

I speak into the intercom. “Are you in there, Alex?”

“Nope. Still in Boston. Did you see the game tonight?”

“Hit me for playing baseball.”

“I’m just exercising my collectively bargained right to play, Jetes. They know that.”

“It was very upsetting.”

“The sleeping giant is me, Jetes.”

I watch as the top of the giant A-Rod head slowly splits opens to reveal a smaller A-Rod. An A-Rod torso mounted on a horse’s body.

And it fires a tiny fireworks arrow that explodes over the house.

I put a pillow over my head, roll over, and go back to sleep.

The head groundskeeper tells me that the Hummer also had confetti cannons. They worked through the night to get the mess cleared before I left for rehab. You feel truly blessed that you don’t have to wake up to a driveway full of garbage your teammate decided to detonate by remote control from a thousand miles away.

The team’s back in New York. They played two. They won two.

I ran the bases today. I’ll be back on the field by the weekend.

American League East, you are in grave danger.

There’s the truth on the page.