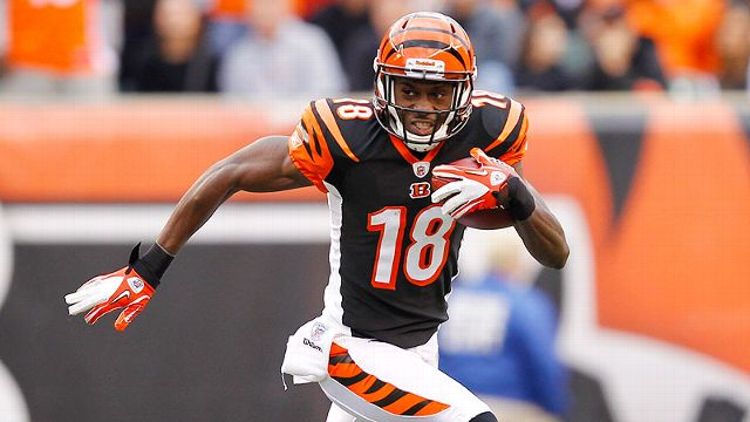 At what point does Jermajesty Jackson sue me for mental anguish as a result of the association between his name and my horrible NFL picks? If I’m him I do it really soon because I’m running out of all sorts of currency. Another rough ride last week in NFL Prop Land. I really hope the neighborhood trick-or-treaters will be OK with tiny bottles of expired Minoxidil.

Staying positive. Let’s get it all back this week … tens of thousands of made-up coinages at a time.

Look, we know how this works. The Jets play dead in the first half, then come to life enough to crawl back into the game in the second half, then get a favorable call from the refs that you or no one in all the Vegas sportsbooks combined has ever seen before in their lives. The Jets have been outscored in the first half in five of their seven games, with a 44-26 point differential on the road. Andy Dalton seems to have finally figured out that if he takes chances early good things will happen. Yeah, Andy — throw it to that guy … the number 18–wearing dude with all the talent. Give the points. 25,000 jermajesties

Broncos over 35.5 points vs. Redskins

I hate to steal from the Mike Tyson vernacular, but I thought Peyton Manning looked discombobulated last week. He was melancholy, pressured, and confused — and guess what: He still put up 33 points. This week he gets back on track (I guess he becomes re-combobulated?) against a Redskins defense that yields a near-league-worst 8.5 yards per pass attempt. And that’s when safety Brandon Meriweather isn’t in timeout and Reed Doughty isn’y woozy from concussion-like symptoms. Denver averages 48 vs. NFC East opponents this year. It’ll settle around that number this Sunday. 35,000 jermajesties

Kellen Clemens interceptions over .5 vs. Seattle (-275)

Welcome to the league, Kellen Clemens. Wait — he’s been in the league for eight years? That’s right. Since the start of 2006, Kellen Clemens’s total QBR (20.8) is worse than that of any other quarterback in the NFL. And by NFL, I mean the National Football League. That number doesn’t get better when you line up against the fierce Seahawks front seven. Seattle rushes four a lot of the time with spectacular results. Last week the Seahawks pressured Carson Palmer a whopping 57 percent of the time he dropped back to pass. Kellen Clemens is no Carson Palmer. And I don’t mean that in the mostly good way. -275 is a lot of vig to lay — dig deep and lay it. 40,000 jermajesties

Tough week for the royal baby. First, there was his Christening where his parents dressed him like Marie Antoinette heading out to Pinkberry. And now he’s going to be subjected to Jaguars football. (I’m assuming the royal bassinet has the RedZone channel.) SF would beat Jacksonville by more than 6.5 in London, Florida, Uranus, Middle Earth, and Cecil Shorts’s kitchen pantry.

Do you know what the Tom Brady–era Patriots’ record is when facing consecutive losses? I’m not going to spell it out loud, but it rhymes with schmenty-schmine and schmive in their last schmirty-schmour games. Safest bet going.

NFL teams don’t usually get embarrassed two night games in a row. Or maybe that’s just in my head. It seems like it would be easier to just take the Packers at about even to beat the Vikings, right? Not so fast. Finley, Cobb, Jones, Matthews, and Perry are all key injuries to both sides of the football for Green Bay. Greg Jennings has hauled in 68 receptions for 1,018 yards and 10 touchdowns against the Vikings so far in his career. He works for them now — so those insane numbers stay put. At least temporarily. If Christian Ponder can limit his mistakes, I’d even say the Vikes had a chance at an upset. Either way, this one’s gonna be a lot closer than people outside the Duluth zip code think. 35,000 jermajesties

So there you go. The secret to stopping Peyton Manning is to incessantly watch tape of Tom Brady. I hate to say it, but these white future Hall of Fame QBs are all starting to look alike.

I should know the answer to this question since I graduated law school a bunch of lifetimes ago, but I’m drawing a blank: Under contract law if a player responds to a deal memo by accidentally texting a picture of his genitalia, does that constitute a binding agreement?

Six teams have byes this week. Six! That’s too many. In my East Coast league the always-inept team Red Sack (we call my friend Frank that because he has red hair and, we believe, testicles) currently has four starters on byes. Vegas took the bet off the board that Frank has the presence of mind to change them all. Just not happening.

Over/under 33.5 years before I bet both the Bucs and Jags in the same week again

Yes — I had Tampa last night. Why do I keep doing this to myself? It took me seven and a half weeks to figure out that if you had bet against the Jags and Bucs (against the spread) in the five weeks they both played, you’d have swept three weeks and split the other two. For now on let’s not complicate our lives. Let’s just pick against the two teams that would lose to your high school team after the offensive line OD’s on bath salts.

You get the point. It ain’t pretty.

Gotta hand it to @TheCousinSal & @adamcarolla for coming up w rule that if you watch NFL on silent & can't see the penalty it's not penalty.

Carolla came up with the part where you keep the game on silent — mostly to ensure that everyone could hear his theory on how the NFL should extend the goalposts for the 750 billionth time.

@TheCousinSal what's the worst thing you've ever gambled on? Like non sports event.

I’m guessing Nathan’s Hot Dog Eating Contest, World Series of Poker final table, Dancing With the Stars, and the competition for the MTV Movie Award for Best Kiss (thank you, Sarah Michelle Gellar & Selma Blair!!) all count as sports, right? I’m gonna have to think on this one.

I’m guessing she was rushing off to get fitted for a jock strap. That’s that. Enjoy Week 8.