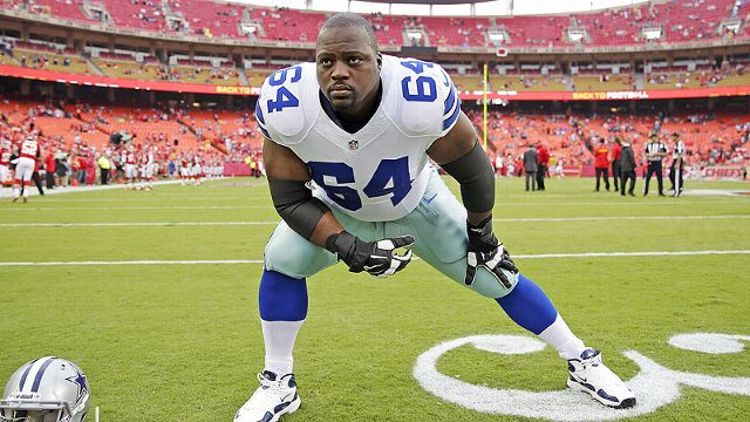 There’s no use in deluding ourselves — this week’s slate of games is pretty terrible. After maybe the most anticipated prime-time matchup of the season last Sunday, the most we have to look forward to in Week 8 is a Cowboys-Lions game in which the main appeal is a chance at 80 total points and about 800 yards of offense. Doug Marrone’s return to New Orleans doesn’t exactly have the same appeal as Peyton Manning’s return to Indianapolis.

I believe, though. Together, we can get through this. The marquee pairings might be underwhelming, but there’s always something worth watching, even if this week those things were a little harder to find.

OK, so these two won’t technically play against each other, but as we’ve already established, getting excited about this week might take a little fudging of the rules.

Bryant’s comments from earlier this week — that he “can do whatever [Johnson] can do” — were framed by some as standard wide receiver chatter, but the numbers thrown around since are pretty interesting. Bryant has played in exactly 50 career games, and through 50 career games, he has 25 more catches, eight more touchdowns, and 78 more yards than Johnson did — all on 29 fewer targets (according to ESPN Stats & Information).

The key difference in evaluating their first three-plus seasons side-by-side is the quarterback play. Johnson spent his first two seasons catching passes from the combination of Jon Kitna and Daunte Culpepper, before Matthew Stafford’s rookie season in 2009. In 10 starts that year, Stafford completed 53.3 percent of his passes while throwing 13 touchdowns compared to 20 interceptions. Bryant has gotten to play with Tony Romo.

This season, as both have enjoyed steady (and at times excellent) quarterback play, their numbers have been almost identical. Both have six touchdowns and are averaging about 10 targets, six catches, and just over 80 yards per game, although it’s probably worth noting that Johnson was far from 100 percent in at least one of those starts.

Really, the point here is that while Johnson is undoubtedly the best receiver in football, Bryant’s comments aren’t all that crazy. He and Johnson do have a similar impact, and seeing them share a field on Sunday may very well be the highlight of the week.

Typically, this section is reserved for individual battles, but here there’s no sense in limiting ourselves like that. With the 49ers taking a slight step back so far this year, it wouldn’t be tough to argue that right now the Bengals have the best offensive line in football — especially in the run game. Left tackle Andrew Whitworth has been dominant after missing the first game of the season, Andre Smith has rolled last season’s stellar play over to this year, and first-round guard Kevin Zeitler, now in his second season, remains one of the best young interior linemen in the league. This group (which also includes center Kyle Cook and guard Clint Boling) has it all together right now, but Sunday they’ll get the toughest test they’ve had all season.

One week after seeing Ndamukong Suh and Nick Fairley, the Bengals get the Jets’ terrifying collection of defensive linemen. New York leads the league in run-defense DVOA through seven weeks, thanks mostly to the collective efforts of Muhammad Wilkerson, Sheldon Richardson, and Damon Harrison. Teams are averaging 3.1 yards per carry against the Jets, the lowest figure given up by any team in the league.

There’s plenty to watch from both groups as a whole, but if I had to pick one matchup to focus on, it would be Zeitler and Richardson. Both have come in and made instant impacts in the run game, and each should provide a worthy test for the other all afternoon.

Jimmy Graham is unlikely to play on Sunday, but if you’re wondering why players like Alonso — smaller, faster, ground-covering linebackers — are the new trend, the Saints roster is a good place to start. With Graham and Darren Sproles, few offenses do a better job exploiting every inch of the field than New Orleans, and already, few linebackers are betting at surveying all that space than Alonso.

Alonso still has work to do in the run game, as his ridiculous tackle numbers are a good example of how that figure can often be misleading or overrated. He has trouble being physical with blockers and will often catch offensive linemen and running backs while playing on his heels. With the talent the Bills have up front, Buffalo should probably be better against the run.

But watching him patrol the field and get to play after play he probably shouldn’t is one of the more fun sights in the entire league right now. Watch him try to stick with Sproles in the middle of the field on Sunday. Few guys can.

One player we’ll be going out of our way to watch for at least 10 plays.
Brian Waters, G, Cowboys

This is a topic Bill Barnwell and I touched on in today’s Grantland NFL Podcast, but it’s worth repeating. Brian Waters is one of the strangest stories in the league right now. Signed in 1999 by the Kansas City Chiefs as an undrafted free agent out of North Texas, Waters developed into a starter by his second season in Kansas City and eventually went to five Pro Bowls. Along with Hall of Famer Willie Roaf and should-be Hall of Famer Will Shields, Waters was part of one of the best offensive lines in NFL history.

After leaving the Chiefs in 2011, Waters ended up in New England, where at 34, he was again elected to the Pro Bowl. The Patriots put forth a significant effort to coax Waters back last offseason, but he opted for retirement. After being away from football for all of the 2012 season, it looked like Waters’s Hall of Fame–caliber career was over. That is, until the Cowboys came calling late this summer. Dallas signed Waters on September 4. By Week 4, he was their starting right guard. That at age 36, and a year removed from football, Waters could just walk in off the street and play offensive line is one thing. Playing well is another, and that’s exactly what he’s doing. Along with rookie first-round pick Travis Frederick, Waters has helped stabilized an interior of the Dallas line that has been a problem for some time. It has been remarkable, and I’m curious to see if it can continue against Ndamukong Suh and the Lions.