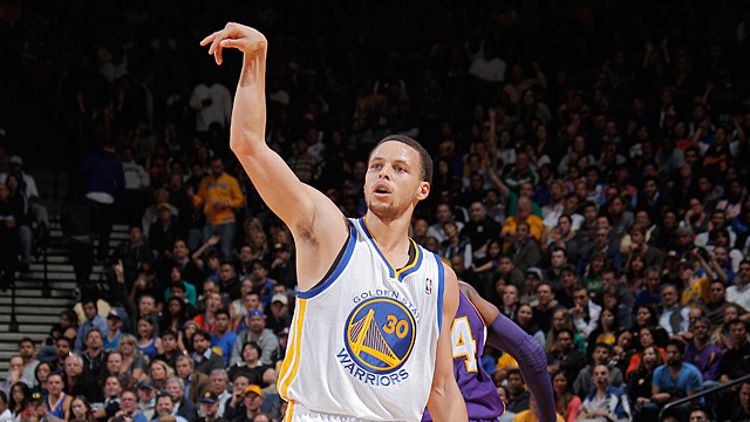 The below graphic shows every shot attempted in the NBA during the regular season. 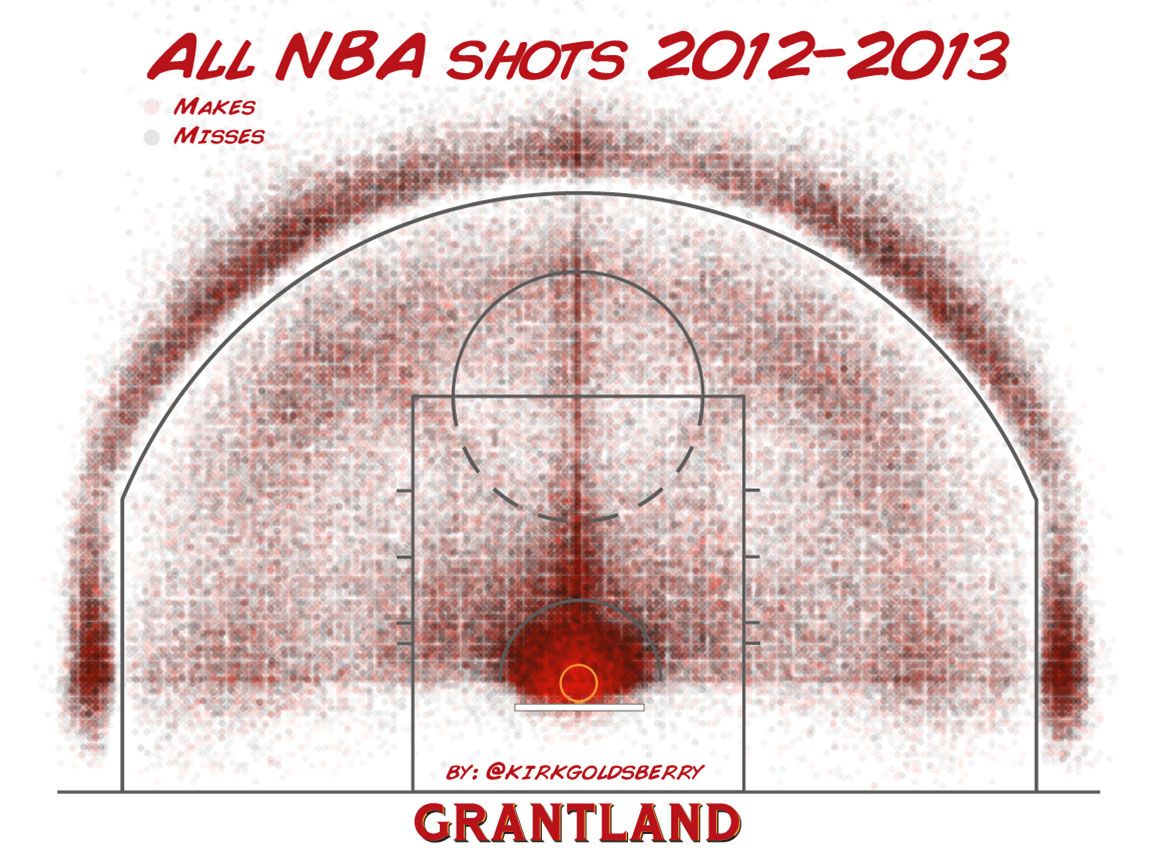 NBA players attempted 201,608 field goals this season; they made 91,282 of them. In other words, the league shot 45.3 percent from the floor. These are pretty standard numbers for a full 82-game season, but there were two noticeable trends in NBA shooting patterns. First, compared to last year’s shortened and condensed season, the league was more efficient on offense. The 45.3 field goal percentage was a slight increase from last year, when the league made 44.8 percent of its shots.

More noteworthy, however, is a league-wide increase in 3-point shooting. “The death of the midrange shot” continues to be wildly exaggerated, but it’s definitely decreasing in popularity. Led by teams like Houston, which hates 2-point jump shots, NBA offenses are shooting more 3s and close-range shots and forgoing the midrange shot. 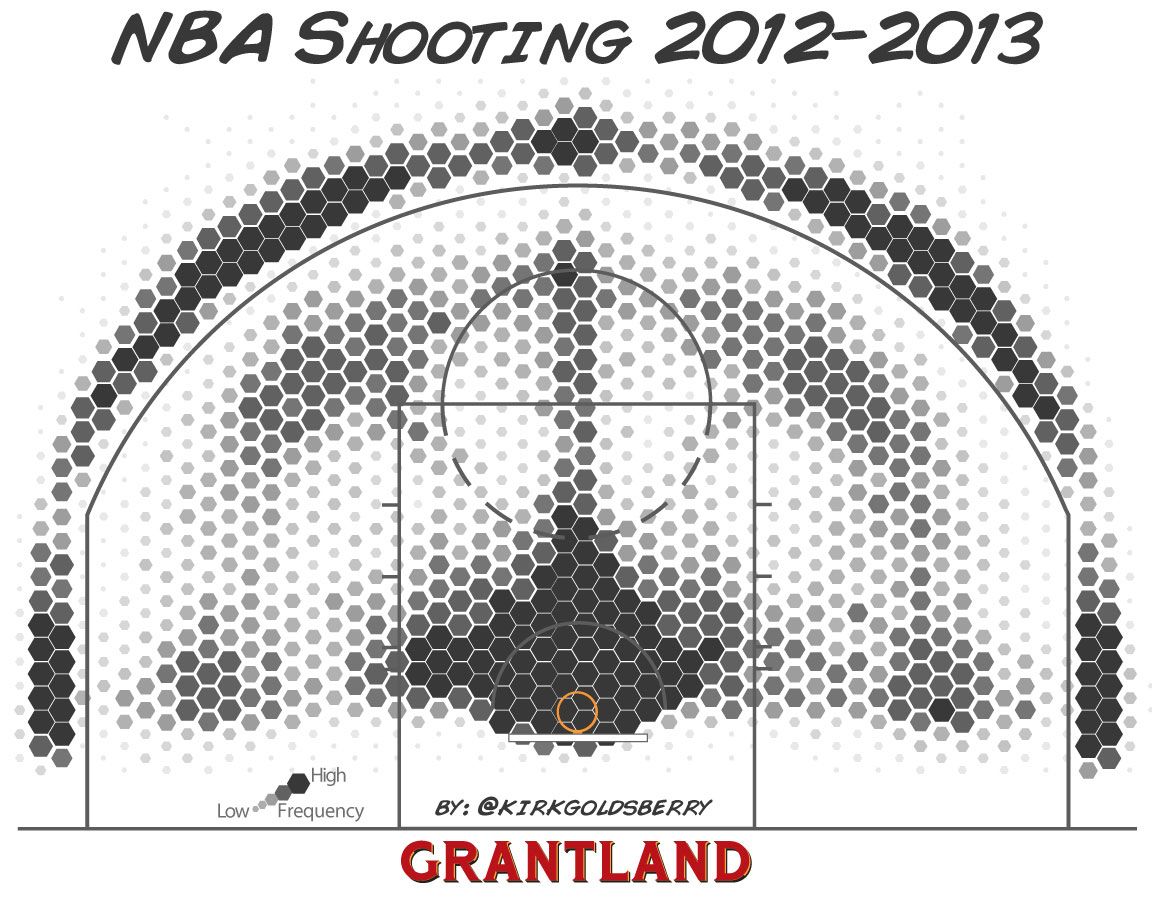 The overall shooting patterns of the league took on a familiar form. The most popular shots are still near the basket, but the league’s other most frequent shot locations are all beyond the arc. The ongoing emergence of the corner 3 is not complete, as many teams, such as Chicago, fail to attempt many. However, the corner 3 is slowly becoming more and more popular. Last season, corner 3s accounted for 6 percent of the league’s field goal attempts; this year that number was 7 percent. 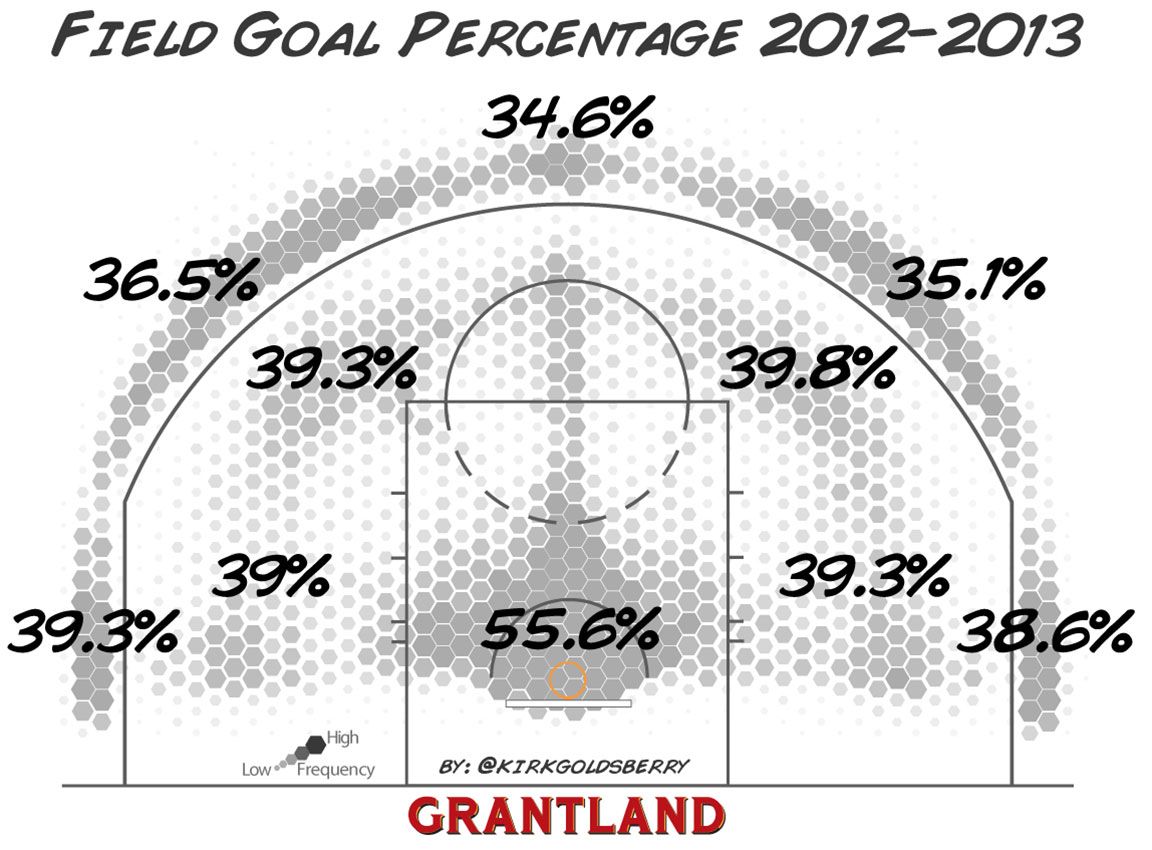 In terms of efficiency, the patterns are also familiar. League-wide, shooting away from the basket is essentially a 35–40 percent proposition. This graphic explains why many offenses are shying away from midrange shots; they go in at slightly higher rates than 3s, but they’re obviously only worth two points. In fact, corner 3s from the right side (graphic above) went in at higher rates than midrange shots along the right baseline this season. With this in mind, it’s hard to justify shooting much in the midrange.

Overall, the league continues to evolve and the biggest trend continues to be favoring those NBA Jam shots — lots of 3s and attempts near the basket.