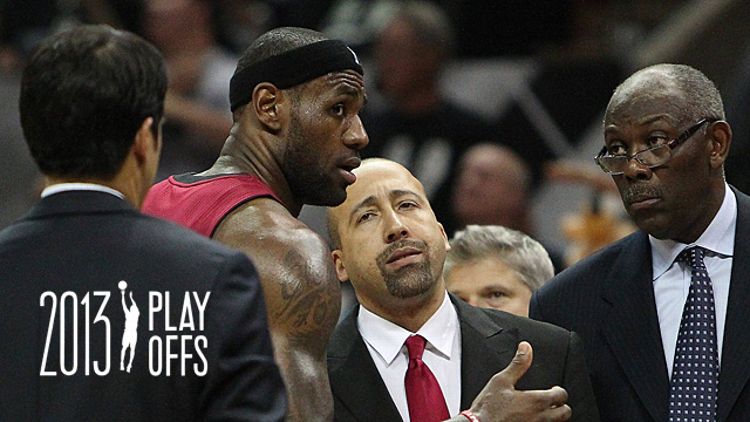 Through three games, LeBron James is definitely not the MVP of these Finals. He’s struggling from the floor, and he’s struggling to get to the free throw line. He is the focus of the Spurs’ defensive scheme, which has effectively turned down the Heat in two of the first three games.

In this series, James is shooting 21-for-54 from the floor, or 39 percent. During the regular season, James shot 57 percent. It’s common for these kinds of big drops in FG percentage to be caused by decreased opportunities close to the basket and an increased reliance on jump shooting, but that’s not what’s going on with James.

Over the 82-game regular season, James took 51 percent of his shots inside the paint; he made 70 percent of them. He led the NBA in scoring close to the basket. So far in the Finals, 43 percent of LeBron’s shots are in the paint and he’s converted on 61 percent of them. Although both of these figures are slightly below his averages, this is not James’s problem, either. 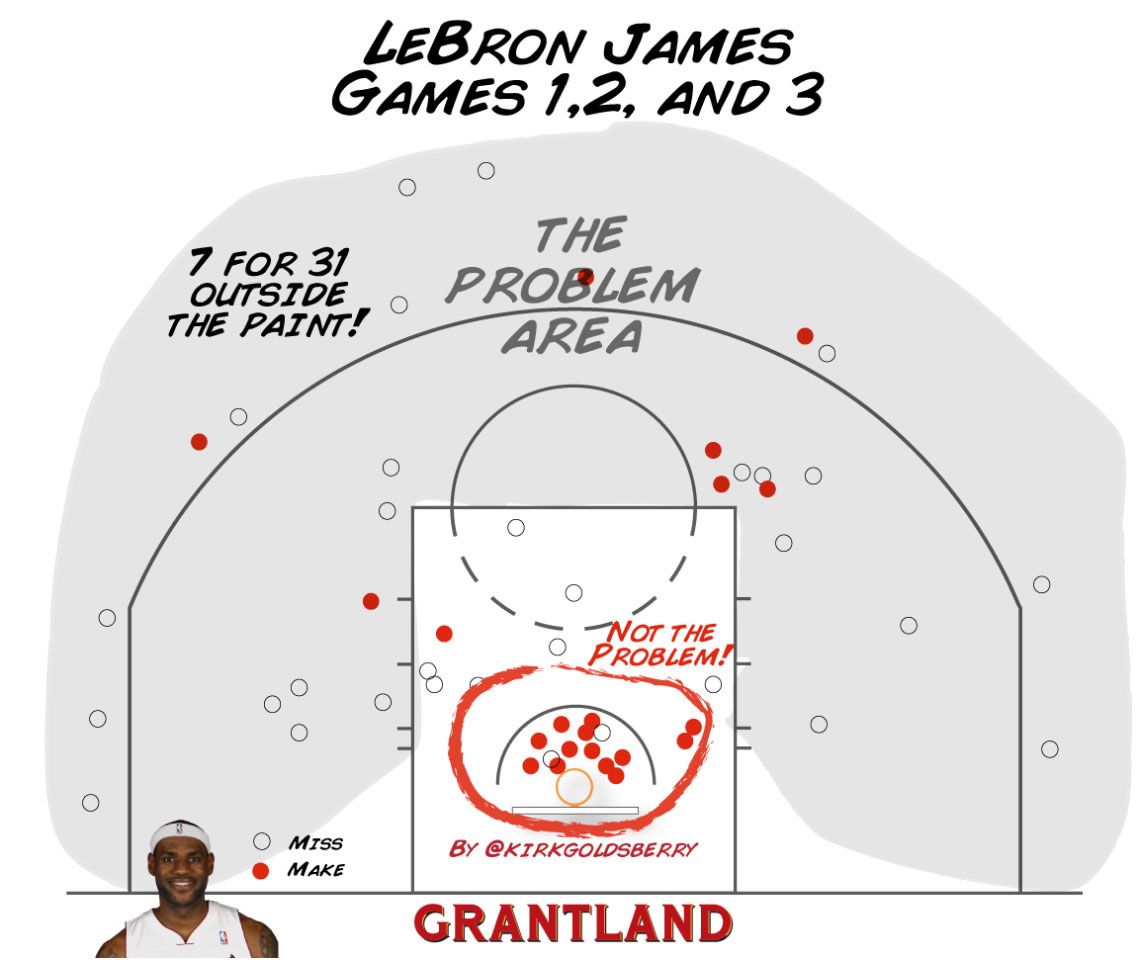 LeBron’s inability to convert jump shots is surprising. He was a very good shooter this season, and his ability to score away from the basket has steadily improved. James’s shot chart from the regular season reveals that we should generally expect him to make more than 40 percent of his shots outside the paint, but that’s not happening. 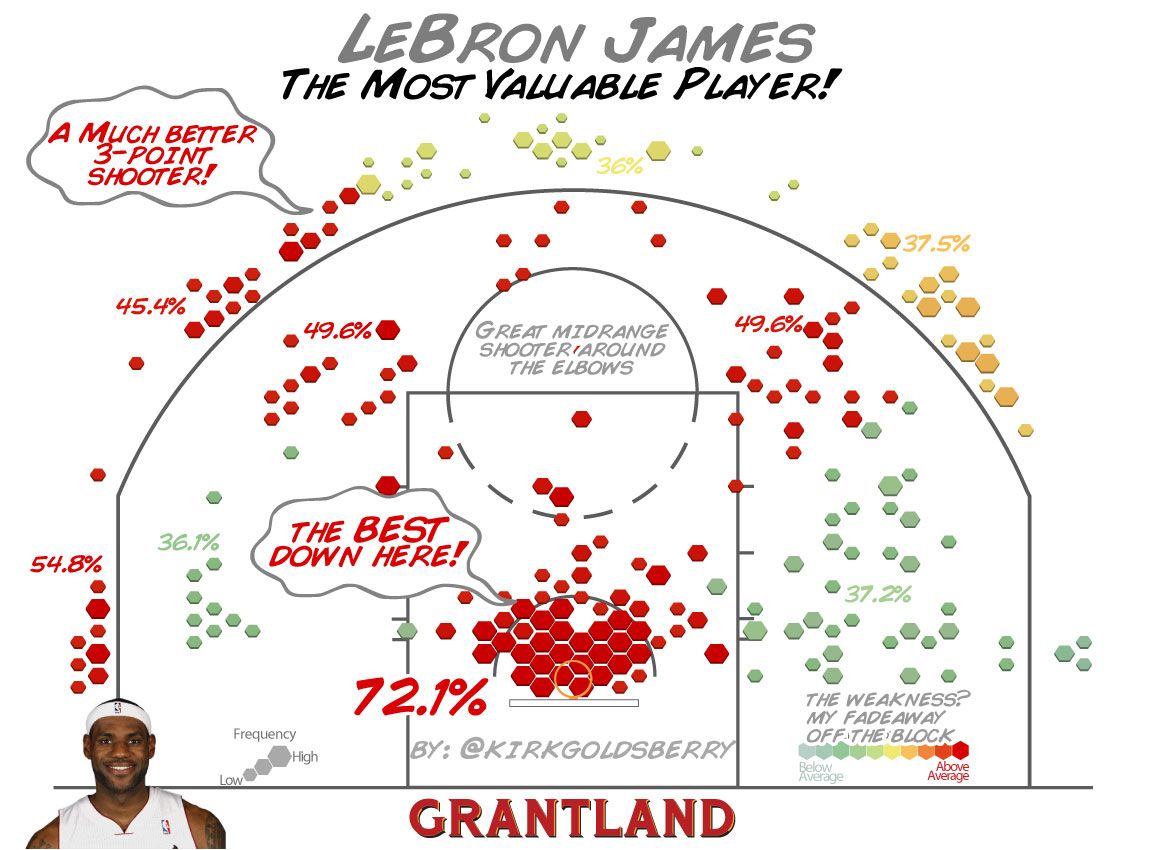 The Spurs have done a great job defending LeBron and keeping him off the free throw line, but James’s jumper has also failed him. Going forward, into Game 4 and beyond, everybody will be watching to see if James can score more effectively — this must entail either an improved jumper or more free throws. After his dreadful Game 3 performance, in which he was 7-for-21 from the field (including 2-of-14 on jumpers) and shot zero free throws, James had this same realization.

“You have to be able to shoot the ball at a high clip from the field if you’re not going to the free throw line. You can’t have both. It’s impossible for me to go 7‑for‑21, shoot 33 percent from the field, and not have free throws. You have to figure out ways offensively that you can make an impact.”

Let’s see if he figures it out tonight.