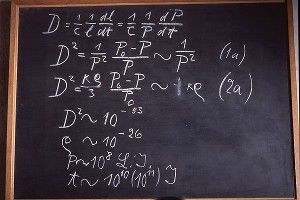 If you’re following the election, you’ve probably noticed a shooting war involving Nate Silver, whom sportswriting lost to politics back in 2008. The issue at stake is similar to the one sportswriters slogged through around the time of Moneyball — namely, how much faith you should put in stats and how much in your lying eyes.

I’m not reopening that can of worms. I’m opening a new can of worms. Since the dawn of the BCS, one of the favorite targets of BCS critics has been the computers. The computer rankings, critics say, are junk. They’re tools of the BCS. There’s a mountain of evidence that this is right. But what I fear is that criticism of specific BCS computer rankings is starting to shade into more generalized statistics-bashing. College football is close to declaring war on math.

The most overarching criticism of the BCS computers was articulated by Hal S. Stern, a professor at the University of California, Irvine, in papers published in The American Statistician and the Journal of Quantitative Analysis in Sports. “Right now,” Stern tells me, “it’s all about the polls — the human polls — and the computer rankings have been set up as a fall guy. They can do nothing good. They can only be blamed if something’s wrong.”

Stern’s work was approvingly cited by Bill James. Both writers noted that when the computers helped pick Nebraska for the 2001 BCS title game, the BCS decided this simply couldn’t be right and monkeyed with the math. “The real purpose [of the computer rankings] is to create some gobbledygook math to endorse the coaches’ and sportswriters’ vote,” James wrote in Slate.

There were other flaws with the BCS computer rankings. Rankers refused to reveal their formulas. In 2010, Wes Colley, one of the rankings guys, failed to enter data correctly. Etc.

Even as a fan of a two-team finale, I found this criticism persuasive. But the solution seems obvious: build better computer rankings. Maybe by hiring Hal Stern or Nate Silver. The solution is not to use “computers” as a convenient techno-villain.

Last year, the Los Angeles Times dinged Ken Massey’s rankings for allowing a junior college to slip into its Top 30. Hilarious! But wait, did this juco have a bunch of highly recruited high school players? Did the team perform well against good teams that, in turn, performed well against even better teams? The Times never told us. It was enough to write, “Now I’ve heard everything.”

This week, Bryan Burwell of the St. Louis Post-Dispatch wrote, “If ’Bama, Oregon and the Fighting Irish had all lost, we would have been left with the BCS computers spitting out a lot of craziness.” Yes, if all that stuff really had happened, it might have been tough to sort through a bunch of one-loss teams. But this would not be the fault of “computers.” In fact, a good computer ranking would help us work through such a scenario.

Another common tactic is to denounce college-football rankings for their complexity. From The Week magazine: “College football’s 14-year-old Bowl Champion Series — a system in which a complex computer algorithm [my italics] determines the nation’s top two teams … ” This is absurd. Complexity isn’t the BCS’s problem. Complexity is good. The problem is that the math is crap.

The ritual denunciations of math had an impact. When conference commissioners met to develop their four-team playoff, they removed computers from the formula. When the playoff is inaugurated in 2014, a selection committee will pick the best teams in the nation with, well, its own eyes.

It would easy to develop good computer rankings. Hal Stern, the professor who criticized the BCS rankings, says you’d need to develop a consensus on which things are important: being undefeated, schedule strength, margin of victory, and so forth. And you’d have to let the statisticians do their thing without interference.

From there, you could go down many avenues. Maybe a computer ranking would help choose the playoff teams. Or maybe it would just be a useful guide to the selection committee, who will be, like all humans, tempted by stuff they think they see on Saturday afternoons. But to decry “computers” here in 2012 is beneath us. People, we’re not political hacks. We’re college-football fans.

Filed Under: Moneyball, The U

You're Allowed to Hate the Thunder Now