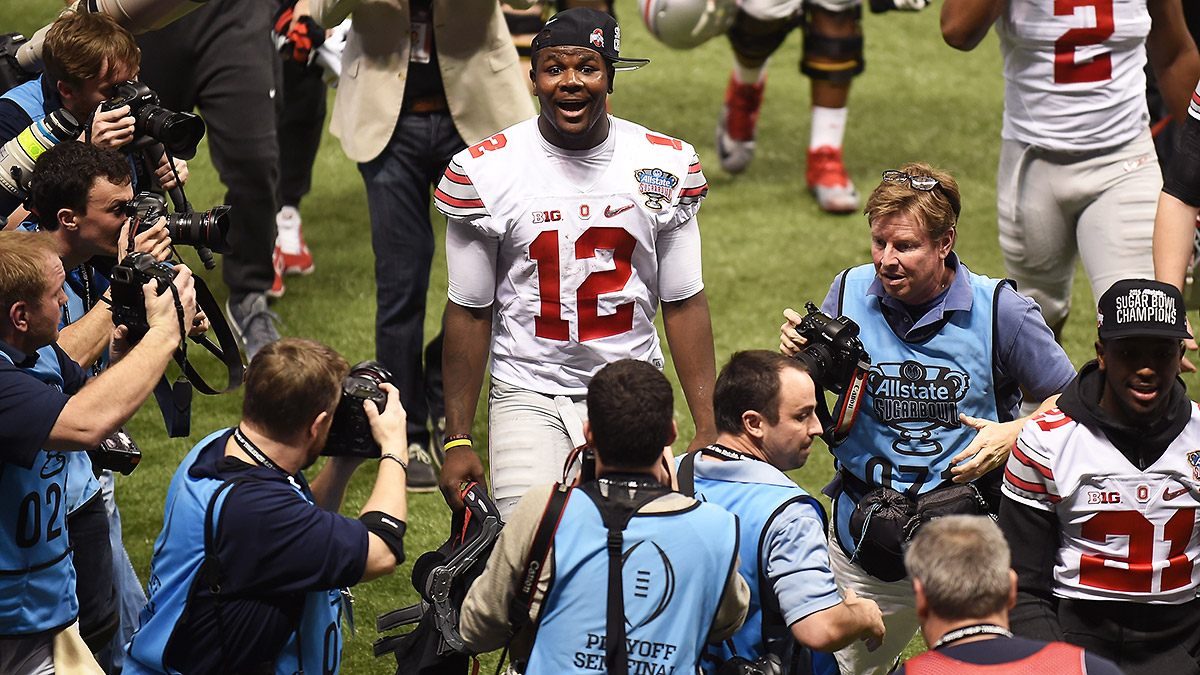 In Jefferson’s case, he wasn’t even new to the starting lineup: Before his senior season, he’d started nearly every game for the Tigers in 2009 and 2010, and was demoted to open 2011 only because of his involvement in a bar fight just before the season.

Aikman, unhappy with the Sooners’ transition from the I-formation to the wishbone to suit Holieway’s ability as a runner, responded by transferring to UCLA the following year.

Predictably, the best description of Jones’s performance in the Sugar Bowl came courtesy of Grantland colleague Brian Phillips on Twitter, who likened Jones vs. the Alabama defense to “construction equipment vs. the weather.”

Unsurprisingly in light of his backups’ success, transfer rumors have swirled around Miller, but for now he’s slated to be a Buckeye as a senior.