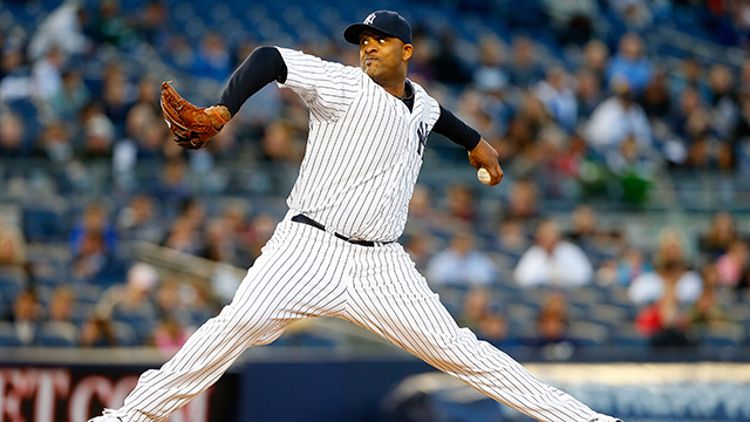 When he’s not serving as the ace of the New York Yankees pitching rotation, CC Sabathia can usually be found at home battling his kids in whatever video game he can find. We had a chance to catch up with Sabathia to ask him about games, baseball, and more.

What’s the game of choice in the House of Sabathia?

We play a number of games, but the one everyone can play is Skylander Giants. We have some battles in that game.

What about sports games?

I play sports games with my oldest son. We play a lot of baseball.

Who gets to be the Yankees?

He gets to be the Yankees. I have to be the Dodgers. It’s OK because they’ve got a good team this year. I can do pretty well with Zack Greinke or Clayton Kershaw.

Do you let him win?

I have never let my oldest son beat me in a video game. Never. I will never let him beat me. Any wins he gets, he earns. I show no mercy, so if he does get one he gets to talk a little trash. My girls? I go easy on them, but we don’t play against each other. We usually team up like in Skylanders, so it’s not us going head-to-head.

What about Skylanders — who is your go-to character?

I go with Tree Rex, because he can break through everything. Plus, my youngest son is only 2 years old. He likes to change the toy characters in the game. He’s in charge of them so that’s how he plays.

There’s a rumor of a Skylanders movie or TV show. We’ve seen your acting chops in the Battlefield Bad Company 2 ad, so who would you play?

It would have to be Lightning Rod.

Because he throws hard!

Were you a big-time gamer growing up? Did you go through the Nintendo, Genesis evolution?

I was a big-time gamer. I had every game. Even now, without the kids. On the road I have a special trunk I bring that has my PS3 in it. I play a lot of FIFA against other guys on the team. Also I connect online and play against Grady Sizemore a lot.

Is there anyone who plays FIFA who thinks they are great but are really terrible?

Terrible? I’m not sure. Everyone is pretty good, so now that I think about it, it might be me.

What do you think about the origin of this Tiger Woods–Sergio Garcia flap — how fan noise distracted Garcia?

It’s a different sport than baseball. If they told everyone at Yankee Stadium to be quiet it would be weird for me. Now, I don’t think Tiger did it on purpose, it’s just one of those things. We golf a lot, baseball players, and if you do anything to us in our backswing it won’t faze us at all. We’re used to all kinds of noise.

You played football in high school, actually got some scholarship offers, but you chose baseball. In baseball pitchers are on pitch counts during a game and are monitored in what they do throwingwise in between starts. Based on your experience, how come quarterbacks aren’t monitored the same way?

I don’t know. They do keep track of how much they throw during the off days, but obviously they can’t put a stamp on that in the game. I mean there’s no bullpen in the NFL. You would think you would hear about that more. Maybe you will.

It wasn’t long ago that pitchers were told to “throw through it” when something hurt.

I know, they still did that when I was coming up in the minors.

Who is your toughest out?

I’d say Canyon of Heroes, but if my kids couldn’t come, I don’t know, I definitely couldn’t make that pick.

Who do the Yankees beat in the World Series? How many games?

I’m not picking anyone because I’m just going to worry about us. I will tell you that if we get there, we will win.