Can The Patriots Win A Super Bowl With Garbage Pail Kids? 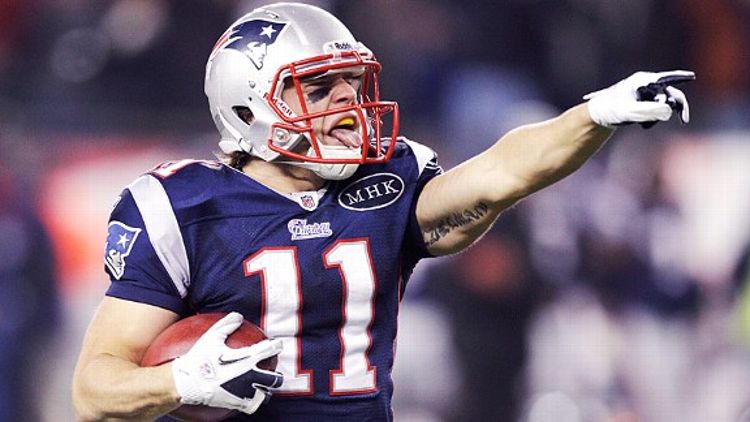 This is a ballad for Julian Edelman. For Rob Ninkovich. For Andre Carter and Kyle Arrington. They went to colleges like Hofstra and Kent State. They play wherever you put them, wherever you need them. And they play the right way; they learn their playbook and give maximum effort and execute the game plan.

So why do I have the sneaking suspicion that the New England Patriots are going to get blown out of the water in the playoffs, yet again.

The Patriots are now fully back to the Patriot way. They dispatched the Tyler Palko-led Chiefs last night with huge performances, not only from Rob “Who Needs A Neck” Gronkowski but from nickel-and-dimers like Arrington and the former high school safety, college quarterback and current “ghost of Troy Brown,” Julian Edelman.

“I know Troy Brown pretty well, I’ve talked to him a couple times, and I know he’s done a little bit of everything. He’s like a Swiss Army knife. I know he’s a stud,” Edleman said after a game that saw him fill in ably in the Patriots depleted defensive backfield and return a punt for a touchdown.

Here’s the problem with that statement. What do you do when your entire team is a Swiss Army knife? See, that handy little device is supposed to get you out of minor jams, like maybe you can unlock a door with it. But it’s not going to build you a house. You’ve got Brady, Welker, A-Gronk (that’s Aaron Hernandez and Rob Gronkowski) and then you’ve got a lot of Swiss Army knives. That’s a lot of house building for just a couple of players.

This is a triumph of system over personnel. Bill Belichick has shed the players, regardless of whether or not their name plates read “Haynesworth” or “Meriweather,” that didn’t fully commit to his way of playing or fully connect with scheme he was trying to employ.

One almost gets the feeling, if these next couple of seasons are to be Belichick’s last run at a Super Bowl, that he is dedicated to doing it on his own terms. But you have to wonder, wouldn’t the Pats look even better if they had just one of the Chiefs’ wide receivers helping extend the field? Wouldn’t their defense be that much more intimidating if they had an intimidating pass rusher like, oh, I don’t know…Richard Seymour? I’m just picking a name totally at random and not at all bringing up the fact that Belichick traded Seymour for a first-rounder that he will probably flip into six Kyle Arringtons.

It will be fascinating to see the contrast when the Patriots line up against the Eagles next weekend. Two franchises who have experienced remarkable success over the last decade, but have chosen two different routes to get over the playoff hump. The Eagles went with big names like Asomugha and Babin and Jenkins, while the Patriots are going with no names at all.

The question is, when the chips are down (sigh), who is going to make a big play, who is going to give that spark that gets the Pats over the hump? Or maybe, as constituted, this is exactly the team that Belichick wants to go into battle with. Maybe the longtime head coach thinks that’s how you win a war; with guys who know how to follow orders.