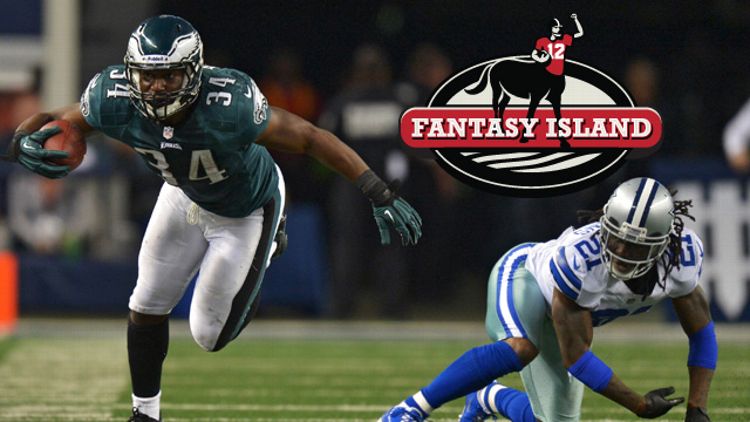 December 2007: Wichita East High School’s Bryce Brown, a five-star running back largely considered to be the nation’s top junior prospect, verbally commits to the University of Miami. With no-nonsense head coach Randy Shannon, dual-threat quarterback Jacory Harris, super booster Nevin Shapiro, and Brown, a dynasty appears to be on the horizon at The U.

February 2008: As it turns out, Brown’s verbal was anything but solid. Handler/cell phone salesman/self-proclaimed “most connected guy in Wichita” Brian Butler — a slimier version of Buddy Garrity, if such a thing is possible — reveals that Brown might instead opt to play in the CFL, likely because of his longstanding affinity for Saskatchewanian literature.

March 2009: Lane Kiffin lures Brown to Tennessee. In retrospect, it’s a minor miracle that this marriage lasted as long as it did.

2010: Kiffin bolts Knoxville for the sunshine and Song Girls of USC. Brown spurns new Volunteers coach Derek Dooley for the Midwestern virtues and hometown coeds of Kansas State but is required to sit out for a season. It’s unclear how Brown spent his spare time during the fall of 2010 — perhaps he established a cat-sitting enterprise for Manhattan’s many feline owners or took up origami.

September 2011: Brown unceremoniously departs Kansas State after just one season, calling Bill Snyder’s wizard status into question. Career stats as a Wildcat: three carries, 16 yards. The unrealized wonder of the Collin Klein–Bryce Brown backfield will always be remembered as one of the decade’s greatest atrocities.

December 2012: You add Brown — still available in 32 percent of ESPN.com leagues! — to your fantasy football team and win it all. You’re going to Disney World.

Look, the playoffs begin this week. You shouldn’t need a Jim Mora sound bite or “One Shining Moment” montage to be reminded of the financial, social, and geopolitical implications at stake. By now, every halfway-decent waiver-wire option has been claimed, dropped, and reclaimed by fellow owners. Players like Bryce Brown don’t come around free of charge often, especially in December.

Brown has performed valiantly in two starts, accumulating 347 yards, four touchdowns, and 53 fantasy points. Normally, I’d worry about these numbers trending downward because of Philly’s difficult schedule — weeks 14-17 are matchups with the NFL’s first-, 11th-, third-, and 13th-ranked run defenses, respectively. But Brown’s talent transcends run defense rankings. Based on two games, it seems entirely reasonable that he was deemed a better player coming out of college than Trent Richardson, Matt Barkley, or Manti Te’o. (By the way, the previous link was the most entertaining thing I’ve read this week. Vontaze Burfict at nine? Rueben Randle at two?) If the calendar read “1990,” Brown would undoubtedly be the Tecmo Bowl cult hero with the largest following after Bo Jackson.

Count on Brown to get 20-plus carries per game as the weather worsens and Nick Foles’s golden locks stay under center. Outside of Brown, I’m not too confident in this All–Waiver Wire Team. Having qualified for the Big Dance, I imagine you want to roll with your current roster anyway. Proceed with caution!

As fans (rightfully) swooned over Andrew Luck’s comeback in the Motor City, Russell Wilson was busy putting the final touches on his own overtime victory in the Windy City. He nearly matched Luck in fantasy points and warrants starting lineup consideration if your quarterback looked like he belonged in Sunday’s Cardinals-Jets game. Josh Gordon and Golden Tate are dependable WR3s with a knack for the big play. Unfortunately, my favorite pickup not named Bryce Brown, Brandon Myers, is getting a lot of hype this week. Unless you’re seated in prime waiver position, shore up your tight end position by also claiming Martellus Bennett (47.7 percent available). Finally, ChuckStrong is a real and potent force and will lead Vick Ballard into the end zone throughout December.