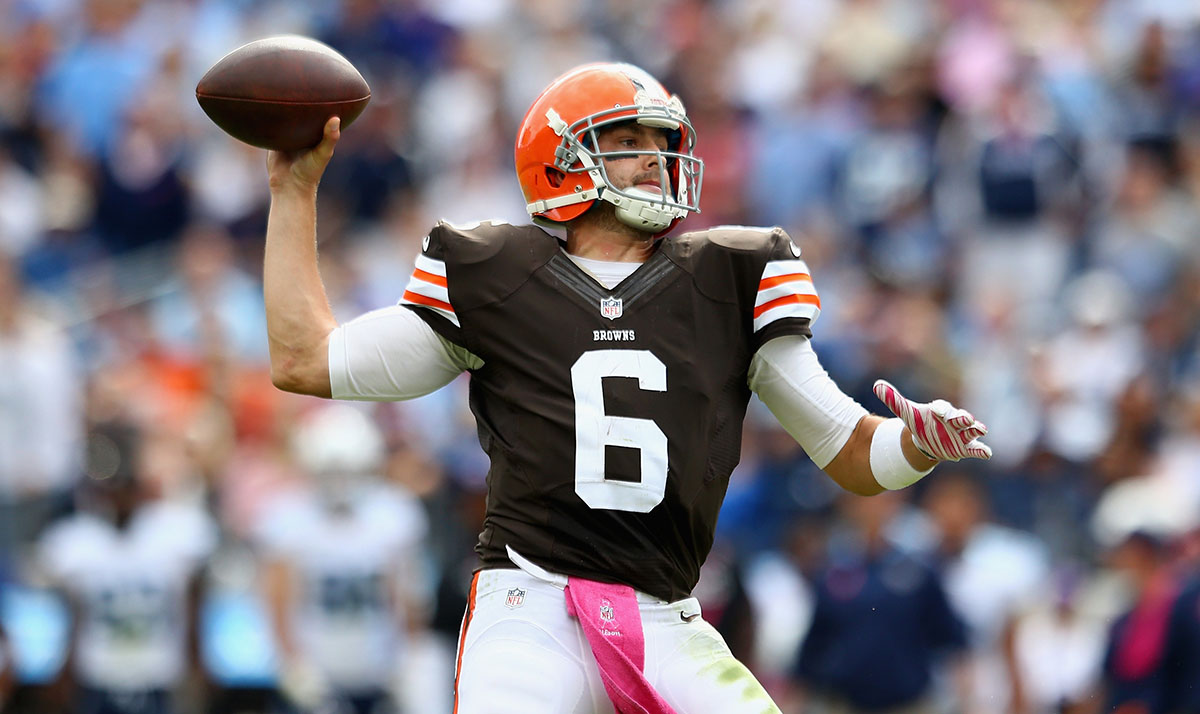 One thing that’s fun about writing football articles in the preseason is that 30 to 40 percent of anything written in August will look pretty stupid about a month later. That brings us to the Cleveland Browns. In late August, I wrote this:

Play Hoyer for those first five games, use the occasional Johnny Football specialty package that we can all watch on RedZone, and then when the inevitable rough start is over, make Manziel the starter in Week 7 with no pressure, and let him play his first two games against the Jaguars and Raiders.

Like I said, pretty stupid. There have been plenty of surprises in the NFL — the Cowboys at 4-1, the Saints at 2-3, the 3-2 Bills — but you could make a decent case that the biggest surprise of all is happening in Cleveland. The Browns are sitting at .500, they just pulled off the biggest road comeback in NFL history down in Tennessee, and Brian Hoyer has been … decent? Solid? Actually pretty good!

Hoyer’s thrown for 1,008 yards through the first four games, along with six touchdowns, just one interception, and a 97.7 passer rating. More importantly, the Browns offense is averaging 387 yards (ninth in the NFL) and 25.8 points (11th) per game, all without Josh Gordon. For anyone who remembers watching this team in the preseason, the turnaround is incredible.

It’s not just the winning. Even the losses have been close. The Steelers escaped Week 1 with a three-point win, and the Ravens survived Week 3, 23-21. I’m not sure if the Browns are a good team, but if they’re still technically bad, they’re at least the kind of bad team that good teams will hate playing all year.

It all starts with Hoyer, the placeholder who was supposed to get demolished these first few weeks. He hasn’t been dominating, but he’s good enough to give the Browns a chance in every game, and he’s avoided the kind of mistakes that kill drives and lose games.

All of this puts Browns fans in a strange position. It goes back to something Kevin Lincoln wrote before the season started. He coined the term “caretaker quarterbacks” for guys like Hoyer, who are put in place to hold the line until bigger-name rookies could take over. They are set up to fail, and if you look around the league, guys like Matt Cassel, Chad Henne, and even Ryan Fitzpatrick are happily obliging. Hoyer is the glitch in the matrix right now. As he and the Browns continue to come up with answers every week, it just leads to bigger questions.

How much success should Cleveland be rooting for this year? 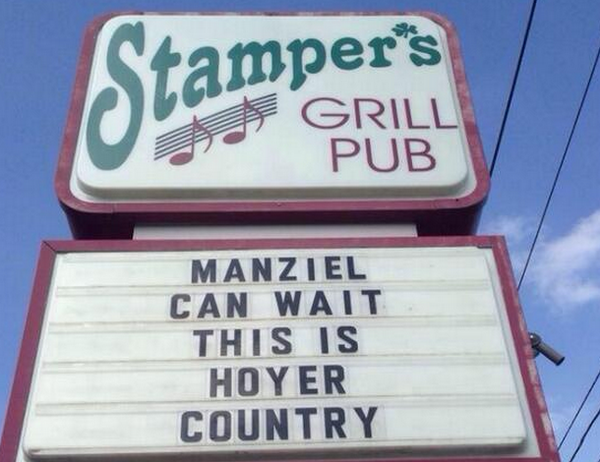 On the one hand, winning football games is fun, and Hoyer has helped make the Browns more respectable than they’ve been since George W. Bush was in the White House. Hoyer is an overachieving journeyman who actually grew up in Cleveland; he’s not the quarterback who spends the offseason drinking on inflatable swans and pissing off the universe. Hoyer is not spectacular, but he’s clearly good enough to make the Browns offense decent. There’s a lot to like about what’s happening right now.

Sitting Manziel is risk-free. The more he can learn on the sideline, the better prepared he’ll be when it’s time to play. At least that’s how it’s supposed to work. That’s how it worked at Texas A&M. Winning in the interim is just a bonus.

The defense has been a disaster through all of this, but even that could be seen as a positive. Mike Pettine’s had success coaching defenses with the Bills and Jets the past few years, so even though Cleveland’s ranked 31st in total D, there’s reason to think things will improve as the year unfolds. The Browns play the Steelers this week, but follow that with very winnable games against the Jaguars and Raiders.

On the other hand, if this keeps going and the Browns turn into a good team toward the second half of the year … what then? You see where this is going, right? Hoyer’s a free agent after this season.

If the Browns keep winning, they’ll have competition to sign Hoyer this spring, and he’ll have leverage to demand (a) guaranteed money, and probably (b) a guaranteed starting job. So the Browns will hit a fork in the road, where they can either let a competent quarterback walk and bet big on Manziel, or they can bet big on Hoyer, give him the starting job, and keep Manziel waiting indefinitely.

It’s like Cleveland has a Subaru starting at quarterback and rolling along just fine, but there’s a Ferrari on the sideline. Only nobody’s ever driven the Ferrari, and there’s a chance it could burst into flames once you get it on the road. Which car do you choose? If one player is Alex Smith but the other has a chance to be Colin Kaepernick, what’s the better option?

It’s not really a quarterback controversy anymore, but more like a philosophical question for football fans to argue about to the death. And when it’s framed in Smith-Kaepernick terms, I think the answer might be keeping Hoyer. We’ll see. I just know that watching the Browns shock teams has been as much fun as anything in football this year, and the more this continues, the more complicated the future gets.

Then again, it’s still Cleveland. Maybe Hoyer and the Browns will get destroyed in the next few weeks and make this simple.

MLB Overnight: The Cardinals and Giants Are NLCS-Bound After an Utterly Bonkers Night of Baseball