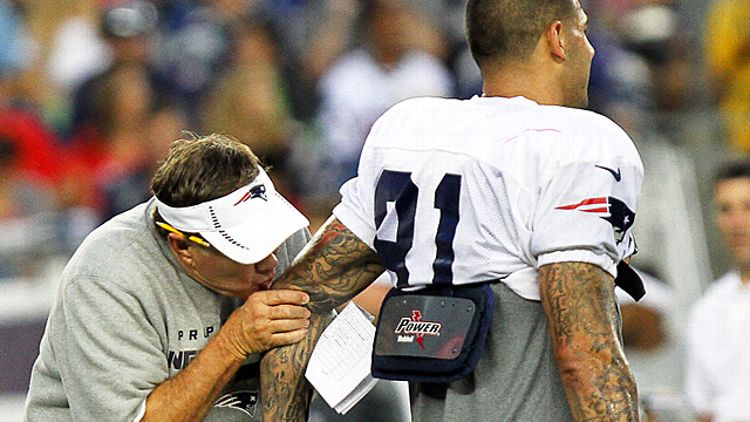 The above image comes courtesy of photographer Amanda Swinhart, who happened to capture this unlikely moment of tenderness between man and robot-terminator head coach at New England Patriots camp. Take it away, Amanda:

New England Patriots head coach Bill Belichick kisses tight end Aaron Hernandez’s elbow after Hernandez appeared to injure it during a passing drill at the Patriots’ training camp practice for season ticket holders and Foxborough residents in Gillette Stadium on Wednesday in Foxborough, Massachusetts. It was the one time I saw Belichick smile during the entire practice, and Hernandez laughed after he realized what Belichick was doing.

The Most Ridiculous Medal Record in Olympic History Still Stands