Announcing Has a Problem: The Most Annoying Tic in Broadcasting Today 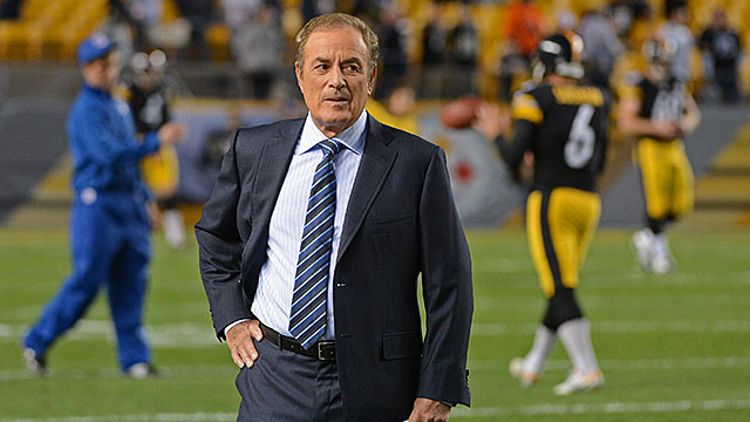 If you made an exhaustive list of all the sports announcers who drive fans crazy, Al Michaels would either settle in somewhere near the bottom or not show up at all. Michaels is generally beloved. In part because he co-announces the most polished three hours of sports broadcasting currently on the air. In part because he seems like a genuine guy interested in educating and entertaining but never overwhelming the viewer.

Yet for all of his many virtues, I come before you today not to exalt, but rather to register a complaint against the man who made us believe in miracles. Because he may also be the one who forced us to live with the most annoying tic in broadcasting. Here’s a question: In the last few years, have you or someone you know heard an announcer say “has a knee” when they really meant “has a knee injury”? If so, you may want to read on. (If not, you’re not listening hard enough.)

Sports announcing is a subjective thing. For every fan who adores Gus Johnson’s high-decible dramatics, there’s another who mumbles, “Just call the damn game already.” I’m a literalist. If you remove something from within the context of a sporting event and it doesn’t make sense standing on its own, it probably bugs the hell out of me. (And yes, I do find it hard to make and keep friends. Why do you ask?) Which is why nothing drives me more nuts than the current shorthand used to describe injuries.

“Has a knee” is only the most common example. “Out with a [insert body part]” is another variation. I say “common” as if I have some overwhelming statistical evidence of this phenomenon. I don’t. Unfortunately there’s no Google Ngram viewer for sports announcing. (At least not yet. Get on it, Nate.) What I have instead are decades of dedicated sports watching and the gradual realization that something has changed. One day the word “injury” existed; the next, it seemed to have disappeared.

Fortunately, we don’t just have to rely on my hazy memory. Dennis Deninger has noticed it too. He’s a professor at Syracuse University’s S.I. Newhouse School of Public Communications, one of the Ivies of sports broadcasting. Before that he spent a quarter-century at ESPN. To him, “has a knee” is a side effect of announcers going native. “I think it’s a way for commentators to make themselves sound like they’re on the inside,” says Deninger. “It makes it sound like they’re connected. They speak the speak.”

Deninger’s theory is supported by actual evidence. Take the December 11 press conference from soon-to-be-fired Washington Redskins coach Mike Shanahan. In defending his decision to bench Robert Griffin III, Shanahan told a pack of reporters that his quarterback needed an entire offseason to recover, something he’d been denied last year because of a knee injury. “I think it was tough enough as it was to go through what he went through coming off of an ACL, coming off of an LCL,” said Shanahan. What he left out of that sentence, of course, is that the two ligaments he mentioned were torn.

But it’s at least understandable why this shorthand exists among coaches. If it were up to them, fans, the media, and especially the opposition would have no idea which of their guys was hurt. NFL coaches live in a world defined by infinitesimally small margins between job security and unemployment. It makes sense then that they would do whatever they could to avoid being specific. For a master class in this sort of obfuscation, see New England coach Bill Belichick, who for years listed Tom Brady as “probable” as a way of raising a solitary middle finger to the NFL mandate that all teams release an injury report. For proof that non-specific reporting doesn’t just happen on a professional level, look no further than Deninger’s own school: According to one of his colleagues, Syracuse football has taken it to a new extreme, now referring simply to which hemisphere — upper or lower — the injury has affected and not an actual body part. It makes less sense, though, for this shorthand to migrate from the locker room to the booth. There detail is welcomed, rather than seen as a disadvantage.

I wouldn’t have known who to blame for this phenomenon if it hadn’t been for, well, the guy who runs this site. (If you ever want to make the case that Grantland is a bit navel-gazing, consider this piece as one round in the chamber.) In a December column, Bill Simmons referred to an NBA player as “out with a fibula (h/t Al Michaels).” As it turns out, Simmons has been banging this drum since at least 2006, when he accused “every other play-by-play guy” of “adopting Al Michaels’ tendency to describe someone’s injury just by naming the body part involved.” And the guy he’s blaming is certainly aware of his infamy.

“I haven’t done it for a long, long time,” Michaels told me over the phone. “Bill picked up on it, had some fun with it, and now because of all of his clones I get attached to it forever.”

Make no mistake. Though in the cold light of a transcript he might sound a little bitter, Michaels had nothing but fun with this line of questioning. (He ended our conversation by saying, “Take care of your knee tonight, wouldya?”) He also provided an answer to the question “Why?” According to him, his use of the “has a knee” terminology didn’t come about because of an overexposure to NFL coaches. Instead, he says he started using it roughly a dozen years ago because it was a callback to the agate type in sports sections, where a team’s injury report would simply list the body part that was ailing. “Announcers are always getting ripped for talking too much,” says Michaels. So a long time ago he found a way to say a little less.

Had this idiosyncracy been isolated to a booth manned by, say, Thom Brennaman, it might have stayed contained. But because Michaels is a legend, and because legends are so often copied, it soon spread elsewhere.

Michaels insists he hasn’t dropped a “has a knee” in years. But that doesn’t mean it’s not still rearing its undescriptive head in places like Shanahan’s press conference or, say, a Chargers-Raiders game. Maybe it wouldn’t be annoying if we still lived in the day when the smudged back page of the sports section accounted for the sum total amount of information available about player injuries. But today, when most sports fans know that not every ACL tears the same way, that brevity is more offensive than it is defensible.

As I said, though, Michaels is amused, not angry, that Simmons and others have managed to lay blame for this linguistic misdemeanor at his feet. “Do you think this will be on my epitaph?” he asked me, tongue firmly in cheek. At least he has a humor about it.

Juventus Midfielder Arturo Vidal Is So Good, It's Unfair

Are You Pissed Off for Greatness?