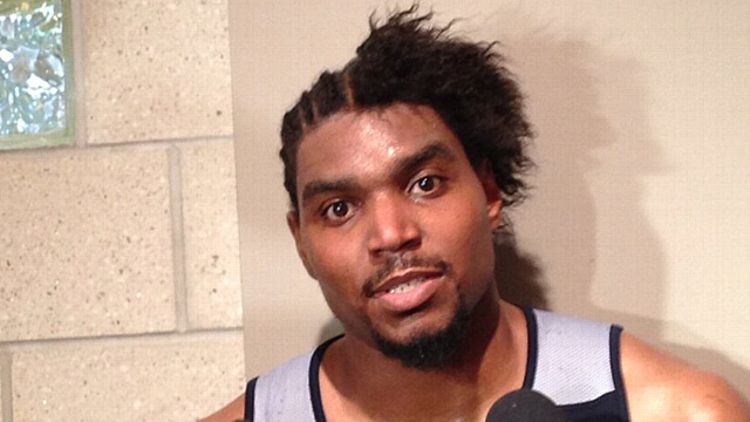 Today was my day off. I was planning on doing some laundry, building a bookshelf, and maybe getting an early jump on my TurboTax, but then a picture of you, Andrew Bynum, was sent to me, via e-mail.

I sighed. Thoughts on the event atop your head clouded my mind, but I couldn’t deal with this today. Because this was my day. And there was laundry to be done.

And then it was sent to me again. And just like that, the bookshelf slowly became an afterthought, as did having clean clothes. But these taxes — these were important. Today was Tax Tuesday. Nothing would stand betwe—

AND THEN IT WAS SENT TO ME AGAIN.

Enough was enough. We needed to talk.

Andrew Bynum, I hope you don’t mind me speaking candidly in this private letter, but know that nothing I say comes from a place of malice. All confusion. And concern.

To begin, know that I get where your head is. I GET IT. It’s a look. The “braided halfro,” if you will. Here’s the thing, though, Andrew Bynum. He’s Robert and you’re not. The list of things he’s gotten away with outnumber the world’s countable fingers, so no one even bats an eye that this was his updo/downdo for the “Feelin’ on Your Booty” video.

You are not Robert, Andrew Bynum. And you never will be.

What you are approaching, however, is this:

This isn’t a good thing, Andrew Bynum. I see you, and I now immediately think of the merging of Bow Wow and Omarion. Do you understand how bad that is, Andrew Bynum?

Yes, this just went from a chat to an intervention.

The problem with you, and the way you live your life, Andrew Bynum, is that the Bow Wow/Omarion/Bow Wowrion comparison actually helps explain your decisions.

Let’s fix that tilt, straighten your head, and tackle your decisions, piece by piece:

First, the side of you we’ll refer to as “Andrew”:

While flawed, I have no problem with Andrew. Andrew likes to wear cornrows, and I’ll be the first to say I have nothing but love and respect for the hairstyle. Sure, you’re holding on to something that most wise men let go of last decade, but styles are cyclical. Maybe you’re trying to bring it back. Who knows.

The great thing about Andrew is that he wants to get healthy, as soon as possible, because he doesn’t want to be seen as a bust. He wants to be a premier center in the league, and he wants the city of Philadelphia to fall in love with him. Andrew is a hero.

And then there’s BYNUM …

BYNUM still has access to Andrew’s funds and opportunities, but for some reason really wants to be an inmate. BYNUM understands that he should be getting healthy, because he is a professional basketball player, someone who was acquired to help his team be competitive, but BYNUM don’t care. BYNUM likes to sleep in, eat poutine, and leave his debit card at the bar overnight.

BYNUM was sent to destroy the city of Philadelphia.

And then, of course, there’s you, Andrew Bynum:

Sure, the devil and angel that have migrated from your shoulders to your scalp help inform your decisions, but at the end of the day, neither is really you. Unfortunately, as we’ve learned, Andrew Bynum doesn’t know how to appease or control “Andrew” or “BYNUM,” which means we’re stuck with this:

Andrew Bynum, it’s officially time for you to get BYNUM under control. Everyone’s had enough. It’s not cute anymore. You were too big for anything to be cute, anyway. The people that follow and root for the team you allegedly play for are fed up.

“I don’t like being held emotionally hostage by the basketball equivalent of the clown from SAW.”

“At this point he represents just one of the many soul-meltingly depressing things about Philadelphia sports I have to ignore in order to sleep at night.”

Andrew Unterberger, writer at The 700 Level:

“Following the Sixers this year has been a far more character-building experience than I ever could have imagined.”

When discussing the diva decisions you continue to make, with regard to your hair, it ultimately becomes a touchy subject, one easy to mock but difficult to express with the utmost honesty. I don’t know if you know this, Andrew Bynum, but there is a long history of black hair being a “controversial” subject in the cultural landscape.

I don’t care. Not right now. I promise I will tomorrow. But not now. Because you look a hot mess.

A frequent habit of my childhood was attempting to leave the house with a wrinkled shirt, getting stopped by my mom, and being forced to take off my shirt and watch as my mom ironed it while telling me not to go out into the world looking like a mess. Sometimes this would add extra minutes to our trip that we could not spare, but still, I did not look like a pile of hot garbage that brought shame to myself and, most importantly, to her.

Over time, Andrew Bynum, I learned my lesson and just stopped wearing wrinkled shirts. And, believe it or not, even more time went by and I started ironing my own shirts.

Andrew Bynum, stop letting the mothers of the world down. Every time you step outside and conduct official business looking like this, a mother’s son leaves the house wearing a wrinkled shirt.

Do you hate mothers, Andrew Bynum?

Do you hate my mother, Andrew Bynum?

I really wish you the best. I want you to know there’s a middle ground between not conforming to societal norms and having a hairstyle that looks like Frederick Douglass is big-spooning Allen Iverson.

Find that middle ground, Andrew Bynum. Please. I beg you.