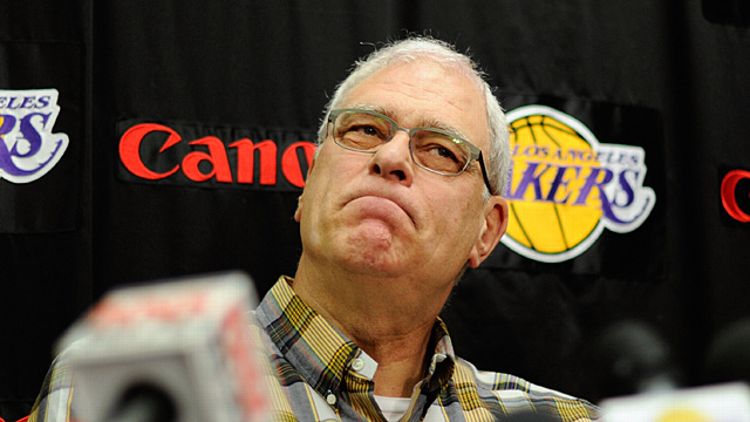 The words seemed to dissolve into the smoky gloom, swallowed up by a weird buzzing that sounded like cicadas but lower, deeper. The Assistant stood at the threshold of Phil Jackson’s buckskin tepee, which sat perched on an outcropping on the edge of Flathead Lake.

The Assistant stepped inside, stretching to hold open the buckskin flap as long as he could, but the light couldn’t seem to penetrate the interior at all. One more step, the flap swung closed, and there was just the dark and the scent of strong incense and the deep, hypnotic buzzing that now seemed to be circling all around him. He pulled his iPhone out, eyes looking down to where he thought his hand must be, slid to unlock, and turned the lit screen outward ahead of him like a lantern, and there was Jackson, not four feet from him, naked to the waist, a sheen of sweat on his ropy arms and chest as he flowed silently through Zhaobao t’ai chi forms. He was wearing Spider-Man boxers and had a band of tiny colored beads, knitted together into shapes and symbols covering his eyes, fastened at the back of his head with a length of hemp twine. The cicada sound was now unbearable.

The Old Coach paused, legs cocked like he was about to climb onto a horse, arms out in dān biān, “single whip” form, and tilted his head to the sound of the Assistant’s voice. Jackson brought both hands to his mouth and whistled, strong and clear, like a teapot on full boil, and the tepee was suddenly filled with light. The Old Coach’s lips moved but the Assistant couldn’t make out the words over the buzzing.

Jackson slid the band of beads up above his eyes so it sat on his forehead like a headband pushing up his gray-white hair at weird angles, and said something again. The Assistant shrugged his shoulders, palms up, and shook his head. “I can’t hear you.” Jackson frowned, reached back into the waistband of his boxers to pull out a remote control, pointed it toward a stereo sitting on a box made of what appeared to be bones, and the buzzing stopped.

“Clapper,” Jackson said. “The lights. Had ’em rigged up to the clapper so I can turn them off and on when I whistle. What do you want?”

“Coach, an unreleased track off of Big Sean’s new album hit the Internet last night. Kendrick Lamar name-checks you, Drake, Mac Miller, Meek Mill, J. Cole. Says you can’t coach him. It’s blowing up on Twitter right now. You have to respond to this, it’d be great buzz for your book.”

Jackson stared at the Assistant. Hands on his hips, still gripping the remote, he made a face like the Assistant just threw the ball out of bounds on a three-on-one break. “What in the holy hell do any of those fucking words mean?”

“You barge in here while I’m charging my crystals,” he said while gesturing to a stack of purple-ish crystals sitting in a wicker basket, “and start spouting some gibberish that Kendrick Perkins and Lamar Odom have an album? What the fuck are you talking about?”

“Kendrick Lamar. He’s a rapper. Got started guesting on mixtapes and—” 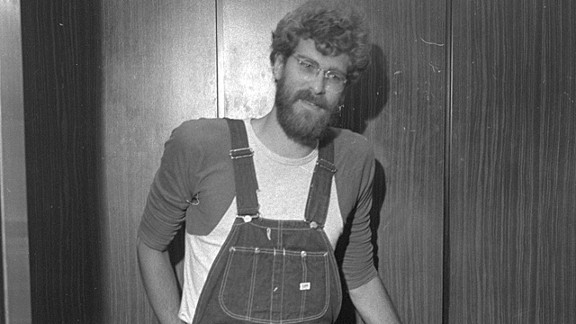 “Son, I stopped listening to music in 1978 after I communed with the fox spirit at a Grateful Dead show in Albany. That’s the kind of thing that sticks with you. Can’t top it. Fox spirit, the trickster. It’s on Page 254 of Sacred Hoops, how the hell did I end up hiring you?”

The Assistant began to explain hip-hop to Phil Jackson. Jamaican DJs toasting. Kool Herc. The Bronx. Sugarhill Gang. Detailing the history from Run-D.M.C. up to and including Kendrick Lamar. It took about three hours. The Assistant didn’t remember how they got there, but he and Jackson were now walking along the shore of the lake.

“Hold on, what are mixtapes again?” That took another two hours. The sun was setting now. They sat on the pebbly beach of the lake, Phil Jackson, still in his boxers and beaded headband, and the Assistant.

“So that’s about it, Coach. You should tweet at Kendrick. It’d be great for your book.”

“Kid, how long you worked for me?”

“Well, you can call me—” and Jackson broke into a long, low guttural noise that seemed to warp in and out of phase. The Assistant realized this is what the buzzing sounds were, except perhaps that inside the tepee the recording, or whatever it was, was of more people making the sound. The Old Coach kept going, low and hard — the sound rattling the bones in the Assistant’s jaw — for nearly a full minute before stopping suddenly and inhaling a breath.

“Coach, I can’t pronounce that—”

“Phil. You can call me Phil. Always cleanse your intentions before saying your own name. Guru Pandripanrikansiansitan taught me that. Just tweet whatever you want about Kendrick Perkins. Something about mentoring. I’m gonna go have a taco.” And the Old Coach walked the two or three miles back to the tepee.

@kendricklamar it’s okay to be cocky and sure, but we all need somebody to lean on. Let’s just call it mentoring.