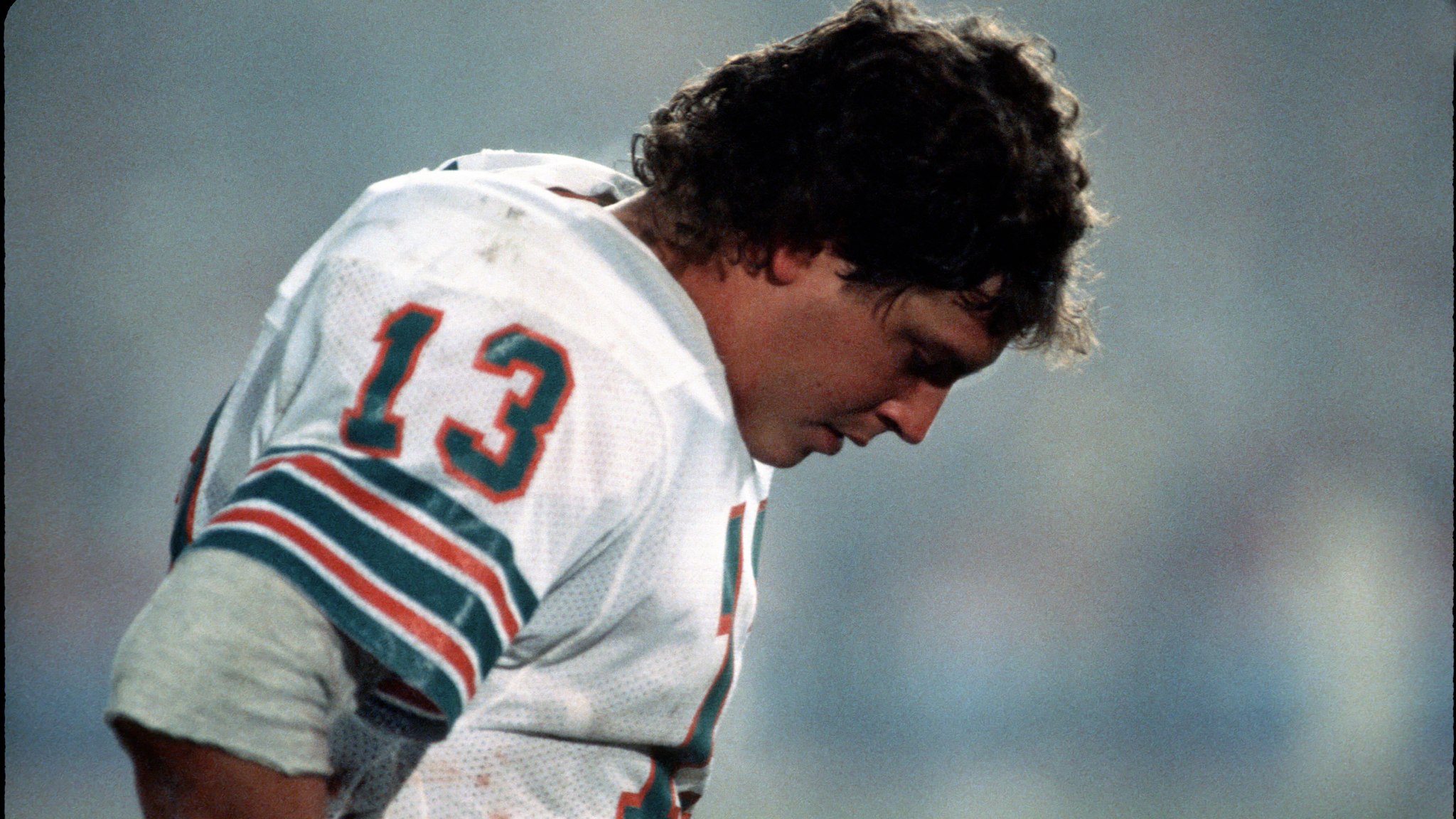 It’s still early, but I’m worried we may not be appreciating this Super Bowl enough. After a stretch of improbable dark horses riding late-season streaks, we’ve finally been blessed with a game between the two undisputed best teams in the league — a game that, with a little investigating, is even rarer than we think.

Sunday will be the fourth time in the current playoff format that the no. 1 seeds from each conference have played in the Super Bowl, and the first since Peyton Manning’s Colts lost to the Saints four years ago. Even more rare are the contrasting styles on display in this Super Bowl. Since the merger, only four championship games have featured the no. 1 scoring offense and the no. 1 scoring defense, the most recent example coming 23 years ago when the Giants played Jim Kelly’s Bills. Look at the numbers just a little deeper, and a clash at this level is even less likely. Football Outsiders’ DVOA statistic measuring team efficiency starts in 1989, and Sunday will be the first time the top offense and top defense have ever met in the Super Bowl.

This type of game doesn’t come along often. Out of curiosity, I went back and looked at some of the other Super Bowls billed as offense-vs.-defense battles throughout the years.

In 1978, the Steelers gave up a league-best 12.2 points per game, but they also had the benefit of trotting out the NFL MVP at quarterback. Terry Bradshaw’s ninth season was one of his best; his 28 touchdowns were a career high, and his 56.3 completion percentage was the second best of his career. That’s all worth mentioning because Bradshaw was the star of Super Bowl XIII, throwing for 315 yards and three touchdowns to get the Steelers the 35 points they’d eventually need.

The Cowboys scored two late touchdowns, but it wasn’t enough. Pittsburgh edged out Dallas to become the first franchise with three Super Bowl wins; it wouldn’t be the last time they’d meet under similar circumstances.

I can’t imagine how people must have reacted to Dan Marino in 1984. Peyton Manning’s 2013 barely seemed possible as it was happening, and these days, 5,000-yard seasons are an accepted part of life. In ’84, Marino threw for 5,084 yards and 48 touchdowns — when he was 23. That would be comparable to Andrew Luck throwing for 5,500 and 58 touchdowns this year while leading the Colts to the Super Bowl. The world would explode.

The best parts about this game might be the weirdness of some of the logistics. It was played at Stanford Stadium, which seems crazy now, considering the battles that go on over which city gets to play host. It was also 35 miles from where the Niners usually play.

The game itself was billed as a Marino-Montana duel. San Francisco did have the second-highest scoring offense in football, but its defense actually did them one better. The Niners allowed just 14.2 points per game in the regular season behind one of the few Super Bowl defensive backfield units superior to this year’s Seahawks group. While three of Seattle’s four defensive backs were tapped for the Pro Bowl, all four of the 49ers’ — Ronnie Lott, Eric Wright, Carlton Williamson, and Dwight Hicks — got invites. It took Marino 50 throws to get his 318 yards, but on the other side, Montana didn’t have much trouble: 24-of-35 for 331 and three touchdowns. The game was a romp, which became something of a theme for San Francisco.

As much as I love those graphics, what we’re really missing from present-day broadcasts is Pat Summerall referring to the Broncos as “bearing the burden of untold promise and suffering the pain of past misfortune.” I’m not sure Jim Nantz goes that dark.

There isn’t much to say about this one. Denver hadn’t allowed more than 28 points in a game all year; they allowed 27 in the first half, and that’s only because the Niners missed an extra point. San Francisco scored eight touchdowns — two in every quarter — and it was never really a game.

If this game had happened today, the fallout would have looked completely different. I don’t want to know what life would have been like for John Elway after going 0-3 in the Super Bowl. I’m just picturing it as the montage in Space Jam when Charles, Muggsy, and Larry fall into an existential pit while trying to get their talent back.

A year later, Jim Kelly started his own long, hard Super Bowl road, but this game is remembered for one thing.

Most people know “wide right,” but I’d never heard the conversation leading up to that moment. Al Michaels mentions, as the Bills are driving, that Scott Norwood’s season long is 48 yards, and as Thurman Thomas runs (!) to the 30-yard line with the Bills out of timeouts, they clock it and trot Norwood out for a kick Dan Dierdorf describes as “right on the tip of his range.” Bills fans should probably stop watching after that.

Obviously, a game between these two teams was going to get the historic treatment, but the best part of this open has to be the criminal editing choices of including Franco Harris and Roger Staubach office shots.

Dallas scored only the third-most points in the league in 1995, but on a per-play level, their offense was the best in football. The discrepancy is a product of how methodically the Cowboys moved the ball down the field. That season saw a big dose of Emmitt Smith — 377 carries worth of him. Smith finished the year with 1,773 yards and 25 touchdowns; it was the fourth and final time he was named first-team All Pro.

As great as he’d been all year, the Steelers held Smith in check for most of the game. He finished with 49 yards on 18 carries (and that included a 23-yarder). It was actually the Cowboys’ defense that won Dallas its fifth Super Bowl. On two separate occasions, cornerback Larry Brown ended a Steelers drive with an interception returned deep in Pittsburgh territory. Dallas scored touchdowns each time, and Brown — rightly — became the first cornerback to win Super Bowl MVP.

Let’s play the ol’ blind résumé game for this one:

The first one is this year’s Seahawks, owners of a legitimately terrifying pass defense that may have caused more than one receiver to disintegrate. The second is the 2002 Bucs. Playing against Tampa Bay that year essentially meant trotting out Joey Harrington every game.

That Super Bowl is remembered as the Gruden Bowl, but even the scoring in that game was more about Tampa’s defense. The Bucs returned three of Rich Gannon’s record five interceptions for touchdowns. Two of those were from Dwight Smith, but somehow, safety Dexter Jackson won the MVP. It doesn’t really matter. Tampa’s defense should have gotten it collectively. “Right now,” John Lynch told the New York Daily News, “I have to believe we’re one of the great defenses of all time.” I’d say that’s fair.

I almost feel bad bringing this up during such a momentous week for Seahawks fans, so I won’t say much about it. And conveniently, there isn’t much worth saying.

Along with its place as the game that launched 1,000 conspiracy videos, it was just ugly. Seattle averaged more than 28 points per game in the regular season before scoring 10 in the Super Bowl. This will forever be known as the year that broke Shaun Alexander. After getting 370 carries and an MVP trophy in the regular season, Alexander had 60 more in the playoffs. He never again played more than 10 games in a season.

Although literally true, the notion that Peyton Manning “beat Rex Grossman” for his only Super Bowl win is pretty dumb. The Bears led the league in pass-defense DVOA in 2006, and Manning had his hands full with a very good defense.

Similar to this year’s Seahawks (although not nearly as good against the pass), the Bears’ “weakness” was in defending the run. Chicago was sixth in run-defense DVOA, and that’s actually where the Colts had some success. The Bears slowed Manning down, but Dominic Rhodes finished with 113 yards on 21 carries.

As a Bears fan, I have a few blind spots in my memories of this game due to rage blackouts, but it never felt as close as the score indicates. Bad Rex was around from the start, and the game-sealing pick-six to Kelvin Hayden in the fourth quarter felt almost inevitable.

OK, so this one requires a little cheating. The Giants weren’t a great defense for most of 2007, but it’s worth mentioning only because those Patriots were an offensive juggernaut at least on the level of today’s Broncos. New England’s dominance was tempered a bit in the second half of the year, but Super Bowl Sunday was only five weeks removed from Tom Brady throwing for 356 yards and two touchdowns against those same Giants.

The similarities are there between both ’07 offenses and both ’07 defenses. The Giants didn’t have defensive backs that even approach what Seattle does now, but their defense was built on a pass rush that seemed to start the trend the Seahawks have followed. Seattle spent its offseason stockpiling pass-rushers in much the same way the Giants did back in the late aughts. Their ability to line up Michael Bennett, Cliff Avril, and Chris Clemons together rivals what the Giants could do with Justin Tuck, Osi Umenyiora and Michael Strahan. The Giants’ strategy against New England revolved around flooding the short areas of the field and forcing Brady to look over the top, all while hoping that dominant pass rush could get home. Seattle’s tendency to challenge receivers on the outside while playing zone around them should have a similar effect. Denver’s current offense might be better than that Pats team, but Seattle’s defense is much better than the Giants were. That’s scary stuff for the Broncos.

Yeah, I sort of cheated again, but we needed a rebuff for that last example! The 2007 Patriots are one apt comparison for this year’s Broncos, but the 2010 Packers are another. Green Bay was devastated by injuries that season, with 13 onetime starters heading to IR by the end of the regular season. Aaron Rodgers was without his tight end, starting running back, and right tackle; the defense wasn’t in much better shape.

In 2010, the Packers had the benefit of a very good defense. Denver doesn’t have that (although they’re still pretty feisty against the run), but they do have what Green Bay did at the time — a quarterback playing better than anyone else. Rodgers was the third quarterback to throw for 300 yards all season against the Steelers, and by the end of the playoffs, he was playing at the level he’d carry over into his MVP season the following year. Sometimes, having the best player on the field is enough.