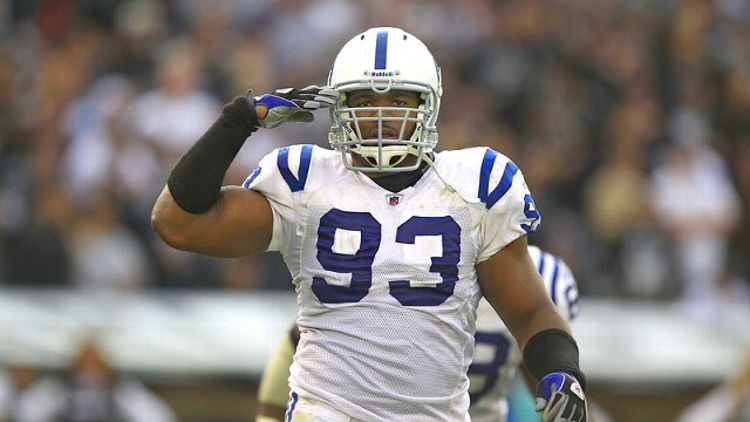 Dwight Freeney’s 107.5 career sacks have included more than 50 quarterbacks, but there’s one name noticeably absent from that list — Peyton Manning. Teammates for 10 seasons in Indianapolis, Freeney and Manning will play against each other for the first time this year after the former elected to sign with the Chargers. And it’d be safe to say that Freeney is looking forward to it.

According to Pro Football Talk, Freeney said on sports radio in San Diego that all those practices against Manning tended to stir the imagination: “How many times have I envisioned hitting him during practice, when he had that five-yard halo around him and you couldn’t go in that circle? Millions of times.”

This would seem to raise the question, “Wow, how much do people hate playing with Peyton Manning?” Apparently, not at all. Freeney said later in the interview that he likens Manning to family, which makes me wonder what exactly it’s like to be a part of Freeney’s family.

Bitter Colts fans would probably say this is moot, because even with two games’ worth of chances, the current iteration of Dwight Freeney isn’t sacking anyone. It’s true that a scheme change, Father Time, and an ankle problem meant that Freeney’s 2012 wasn’t up to Freeney standards, but his numbers were slightly misleading. Freeney had only five sacks, but according to Pro Football Focus, his 47 pressures were one more than Pro Bowler Tamba Hali (albeit on 21 more rushes). A disproportionate disparity between pressures and sacks in one season can mean an increase in sacks the next. Clay Matthews had seven more sacks in 2012 than in 2011, even though his pressures came equally as often. Even as a 3-4 “linebacker” in San Diego, Freeney will likely play more with his hand on the ground — the way he did for the pre–Chuck Pagano Colts — but even as a stand-up linebacker, Freeney still has value as a rusher.