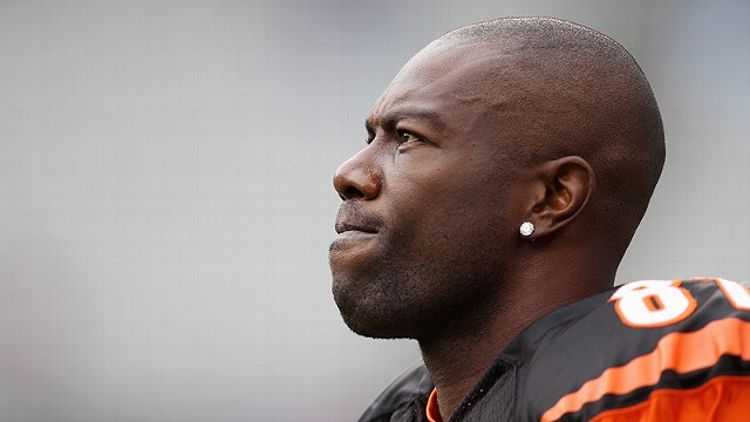 T.O.’s last down of regular-season NFL football came in 2010. Since that stint with the Bengals ended, he’s split his time between a disastrous stretch in the Indoor Football League and every celebrity sporting event ever conceived, all the while holding out hope for one more NFL shot. He had a short-lived stay with the Seahawks last summer, but that appears to be the last interest anyone’s shown. And if T.O. doesn’t catch on this year, he says, he’s calling it quits for good.

When I first heard this news, it seemed like cause for celebration. T.O.’s name deserves to be mentioned among the best wide receivers ever (no one not named Jerry Rice or Randy Moss has caught more touchdowns; he has 23 more than Cris Carter), but it does not deserve to be mentioned as it relates to current NFL football. If there was never another news blip about his offseason activities, or how great a shape he was in, we would all be better for it. And if not for our sake, then T.O. should go away for his. The sooner he’s gone, the sooner we can forget the reality-show mess and remember that he was, for a considerable stretch, a 1,200-yard, double-digit touchdown machine.

That joy lasted until yesterday afternoon. It takes only one team to ruin this for all of us, and if we’ve learned anything in the past 24 hours, it’s that that team exists. Bill Belichick’s troll self has clearly developed its own consciousness, and I’m afraid the next Gollum-style conversation is going to involve the monster convincing him that the only thing left to do is bring T.O. to camp. Because I see no other explanation for the Patriots’ personnel decisions this week, this will be my working theory until someone properly debunks it. Until then, I’m going to be left hoping that Belichick can fend off his demons through at least this season — because at least one of these conversations needs to be over.

Ryan Howard Listens to Tyga, and Other Revelations Surrounding the At-Bat Music of the Phillies