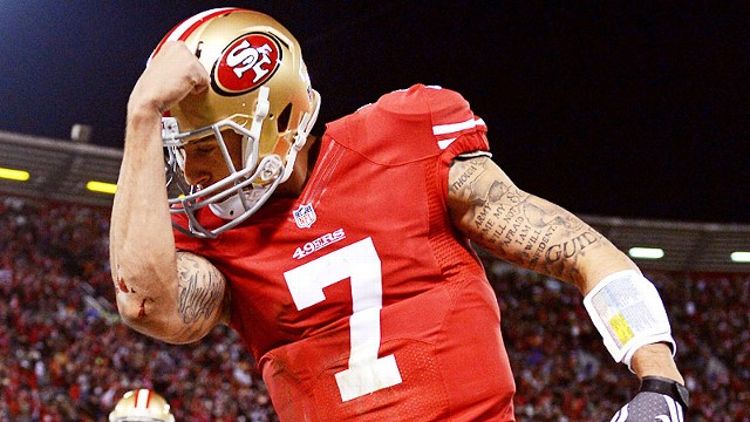 I’ve learned in my two decades of attending professional sporting events that I have a tendency to inflate moments I witness. I’m sure Michael Jordan’s best playoff game wasn’t Game 1 in the first round against the Bullets in 1997, but because it was the first one I’d seen, it feels that way. When it comes to Colin Kaepernick’s performance in last year’s divisional round, which I watched from the Candlestick press box, I’m fairly confident my spot in the building didn’t skew what I saw that day.

The Packers were hapless, yes (hapless enough that they felt compelled to send their defensive coaching staff to Texas A&M to figure out the read option), but Kaepernick was also magnificent on his way to 444 total yards and a 49ers blowout.

With the way Kaepernick played last season, and with San Francisco’s trip to the Super Bowl, it doesn’t feel like the 25-year-old Nevada product has eight fewer starts than Russell Wilson. But he does. Kaepernick is only 10 starts into his career, but already, he feels like one of the more important assets in all of football. This is in part because he’s a high-caliber quarterback with a second-round price tag. But he already deserves evaluation independent of finances. His peers voted him the 81st-best player in a poll of players by the NFL Network. Let’s reiterate — that’s based on six fewer starts than Ryan Tannehill has.

For the most part, the 49ers are positioned to continue the offensive success they enjoyed during Kaepernick’s limited stretch. Without Michael Crabtree, who played at a Pro Bowl level with Kaepernick under center, San Francisco’s passing game will likely hit some snags, but there are still plenty of pieces to fill out the 49ers offense. Kaepernick will be without his no. 1 target, but to go along with Anquan Boldin (who, the Niners are all too aware, has a little something left), Kaepernick still has the league’s best offensive line, one of its best tight ends, and a bevy of recently drafted weapons that are more likely to come into play this season.

Kaepernick’s performances following the win over Green Bay didn’t quite compare, but there was still something to watching him chew up yards and generally dominate on a postseason stage. He’s capable of plays only Robert Griffin III can match, and the idea of seeing it over a 16-game season should be enough to have anyone outside of Seattle looking forward to Sundays. There’s a chance those 10 games were the exception, but an offseason of Kaepernick taking reps as the starter and the Niners staff formulating game plans with him as the centerpiece should continue his success. Colin Kaepernick is likely here for the long haul, and by the end of this year, my guess is that we’ll all very used to it.