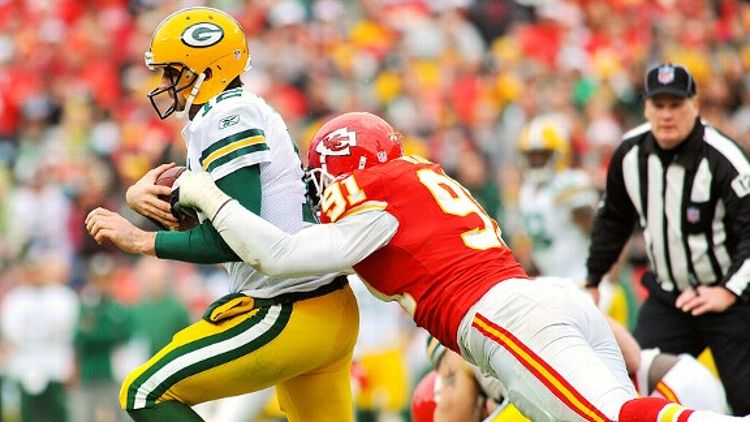 Addison Engelking has been writing about film and music for The Memphis Flyer since 2000. He’s also been a Green Bay Packers season ticket holder since 2003. We thought it would be fun to send him out to cover the Packers’ undefeated season. Until the Packers lost. As it turns out, Addison was completely zen about it. Here’s why …

1. Because we all knew the Kansas City Chiefs would play inspired football after Todd Haley’s firing because Haley was a high-strung jackass who called out his players whenever they blew an assignment, put their elbows on the dinner table or used wire hangers.

2. Because Chiefs quarterback Kyle Orton confounded both critics and supporters for the 11,000th time in his career. Orton has to be one of the most fascinating mediocre quarterbacks of the last 25 years — so much so that forcing another football fan to think about Orton at all occasionally makes them angry. Try it sometime.

3. Because in spite of having his worst game of the year, Aaron Rodgers continued with his secret master plan to flush Brett Favre’s Green Bay legacy down the memory hole. When Rodgers threw his 40th touchdown pass Sunday to give the Packers their only brief lead of the game, he not only surpassed Favre’s single-season record of 39 touchdowns, but he now joins Dan Marino, Kurt Warner, Peyton Manning and Tom Brady as the only QBs to toss more than 40 TDs in a year. I hope there’s some part of the Rodgers quarterback cyborg’s emotion chip that felt a bit of pleasure after that one.

4. Because, as part of the pre-game entertainment, Official Chiefs mascot KC Wolf started the game dressed as Dorothy from The Wizard of Oz and beat up a bald guy in an Rodgers jersey. The whole episode felt like a hallucination brought on by too much grilled meat before noon.

6. Because of the relaxed, haphazard nature of pre-game security screenings. Or as my uncle Kevin said when he sat down next to me, “They let us keep the flask of bourbon, but they confiscated our peanuts.”

Draw It Up: Evaluating Alabama's Defense