6-Day NFL Warning: The Lesson to Be Learned From J'Marcus Webb 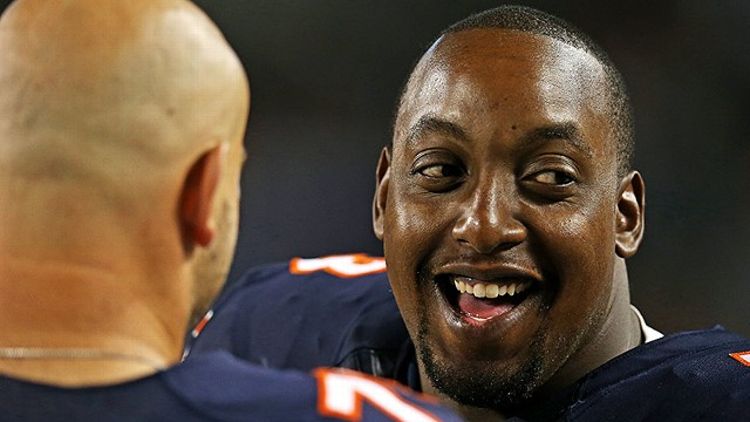 What’s that? You were wondering exactly how many days until the start of the NFL season? Well, you’re in luck! We here at the Triangle are providing a daily reason to get excited about pro football’s return.

This morning, the J’Marcus Webb era of my life officially came to a close. The Bears released their starting left tackle from the past two seasons, and in doing so, prompted a flurry of text messages from my friends asking how I’d look back on Webb’s time in Chicago.

Now, I know that some might remember Webb for his constant ingenuity in devising new ways to see Jay Cutler nearly decapitated. There were plenty of them, to be sure. But to those people, I say open your hearts. Webb’s real legacy will be that no matter what happens in life, we can always forgive:

About Last Weekend: Welcome Back, Football