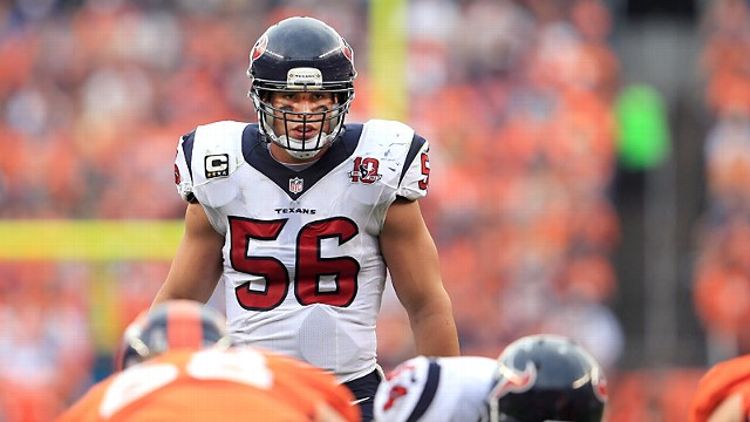 It may be hard to remember through images of the Patriots putting up 41 points in last year’s playoffs, but the Texans defense was excellent for most of 2012. It helped that Houston’s best defensive player was also the NFL’s, but the Texans’ performance on that side of the ball came almost entirely without its second-best talent. Brian Cushing tore his ACL on October 8 in a Monday Night game against the Jets, and although the Texans defense was still great for much of the season, there were moments — most notably against New England — that their Pro Bowl inside linebacker’s absence was glaring.

There was good news on that front this morning, when the team announced that Cushing had been cleared to participate in training camp by the Great and Powerful Dr. James Andrews. Questions about the Texans’ offense and Matt Schaub’s future will continue to hover, but Cushing’s return answers a major one about their defense. A lack of speed at inside linebacker allowed the Patriots to take advantage of matchups whenever they wanted, and Cushing’s presence means the Texans once again have an elite player at every level of their defense. With Cushing, J.J. Watt, and Johnathan Joseph, Houston should again have one of the best defenses in football.

About Last Night: Hey! Something Happened!