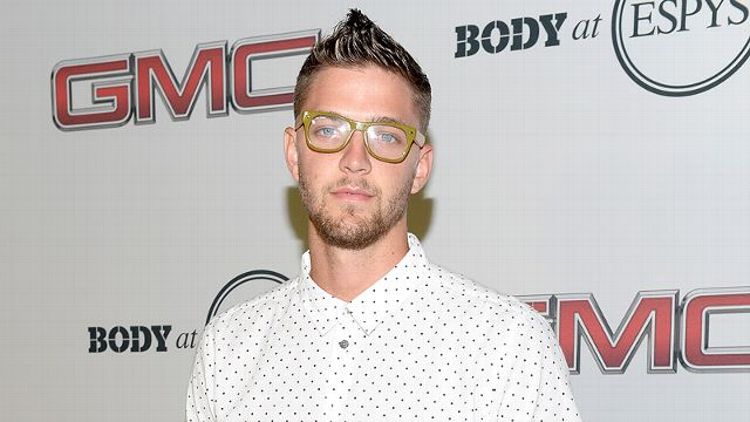 There’s a movement building in Houston, and it’s only minorly related to Dwight Howard. It’s not even about James Harden. This is about Chandler Parsons chasing stardom.

It has been a busy summer for him. In case you haven’t been closely monitoring his Twitter feed, here’s what you missed these past few months. Following the Rockets’ loss in the playoffs, Parsons hit the red-carpet circuit hard. Stops have included the Billboard Music Awards, the ESPYS, the Paranoia premiere, and The Family premiere. At all times his hair has been carefully coifed, each time with slight deviations and experiments.

When will he learn that his slightly longer, in-game hair is his best look?

In between highly photographed, celebrity-building engagements, he has been crisscrossing the country, going from to Los Angeles to Florida, and even to Taiwan for Jeremy Lin’s basketball camp. (As the Internet has conclusively proven, Jeremy Lin is Chandler Parsons’s best friend in the entire world.) At one point he paused in Houston to conduct the important business of recruiting Dwight Howard. Let Chandler explain his role in the deal: “I think I had a big impact … We literally would text every day … I think I just gave him that comfort that you got one of your boys here.”

Chandler must be the world’s most compelling text-messager.

Yet the red-carpet appearances and recruiting were only Phase 1 in his offseason brand-extension project, and the texts to Dwight were just preliminary evidence of his seduction skills.

Chandler Parsons is also a love expert. His most recent travels took him to New York for Fashion Week, which afforded him the opportunity to drop knowledge on the readers of Seventeen and Glamour. As far as I can tell, his whirlwind summer of minor Hollywood events gave him some perspective on what he (and all men) really wants from women, and now he’s ready to share his wisdom about love and fashion. According to his Seventeen interview, good teeth are paramount: “If a girl is smiling and is bringing positive energy and she’s happy, that’s what I notice right away — and her teeth.”

He also suggests that girls not be too aggressive, nor should they wear bright red lipstick.

His expertise is not limited to finding a guy, but he also has advice about appropriate attire once you’ve found him. Chandler says you can’t go wrong with this outfit of metallic gold shorts and absurdly high heels.

Chandler’s words: “This one for sure. She could wear that to the mall if she wanted to; she could where [sic] that wherever. It’s versatile. It’s probably the most casual, sexy look. You could wear that to a game or mini-golfing. I mean, girls wear dresses to games, too — depends what kinds of girl, though.”

If you find Chandler Parsons’s aggressive attempt to become a famous athlete/fashion icon strangely endearing like I do, you might also be interested in purchasing a Parsons jersey-style T-shirt. I admire Chandler’s hair and earnest way of life from afar, so I visited both RocketsShop.com and the online NBA store to suss out my T-shirt options.

There are many varieties of Harden, Howard, and Lin shirts. You can even buy heavily discounted Trevor Ariza and Samuel Dalembert Rockets shirts, if you’re into irony. But this is all you have if you’re a Parsons fan.

Sure, you could go for the design-your-own shirt or the personalized jersey, but that’s not the same. Despite his hardest work, Chandler’s popularity has not warranted a unisex, male, or one-size-fits-all tee. Translation: He still has something to work for.