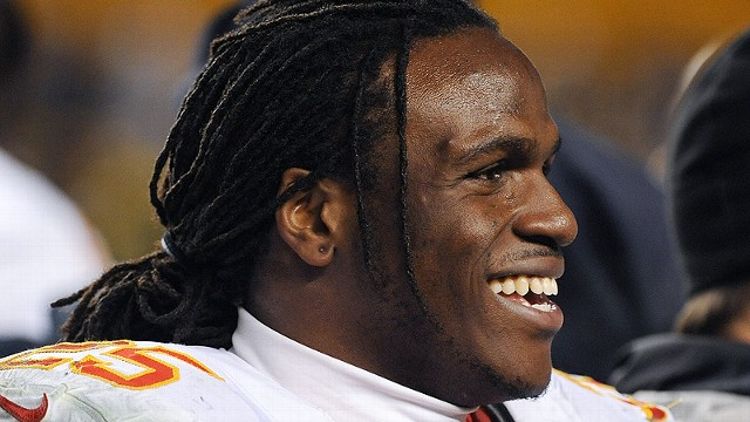 On my way to record an installment of Grantland’s NFL preview podcast series (shameless plug!), I noticed a news alert on one of the many TVs in ESPN’s L.A. offices airing SportsCenter: “Jamaal Charles carted off field.” It was just vague enough to be the scariest possible blurb, and as I entered the podcast studio with only my notes, and no way of accessing the Internet, I was forced to spend the next half hour unsure about Charles’s status.

The past couple weeks have been dark ones in regard to NFL injuries. Jeremy Maclin and Danario Alexander, who both happen to be starters and players I watched and covered in college, are out for the year. Dennis Pitta is, too. So is Bryan Bulaga. Injuries are a part of the NFL season, but those that happen before any meaningful football is played are the hardest to stomach. No one wants to see a player get hurt, but this time of year it’s particularly sad.

So when Bill Barnwell, who was on the other line during our recording session, told me that X-rays for Charles were negative, I did a bit of celebrating. Both Barnwell and I think the Chiefs are going be a very good team this year, but more than anything, I was happy that we’ll get to watch Jamaal Charles play football this year (barring anything serious from now until the season; knock on wood). I’m familiar enough with both Maclin and Alexander to know that this isn’t the first time they’ve lost a year of their football lives to injury. Maclin tore his ACL upon arriving to college, and Alexander’s latest ACL tear is his fourth. Hearing about how devastating a second catastrophic injury can be, my mind instantly went to what Charles must have felt as he rode to the locker room. Sometimes, shit just isn’t fair. A season-ending Charles injury would’ve been his second in three years, but instead, as Chiefs GM John Dorsey noted, it’s just a foot sprain, and the team’s actions are “more precautionary than anything.” So, breathe easy, Chiefs — and football — fans. As of right now, Jamaal Charles isn’t on the list of guys we’ll miss this year.