Ignore the Final Table: The 2014-15 Premier League Season Was Not Boring 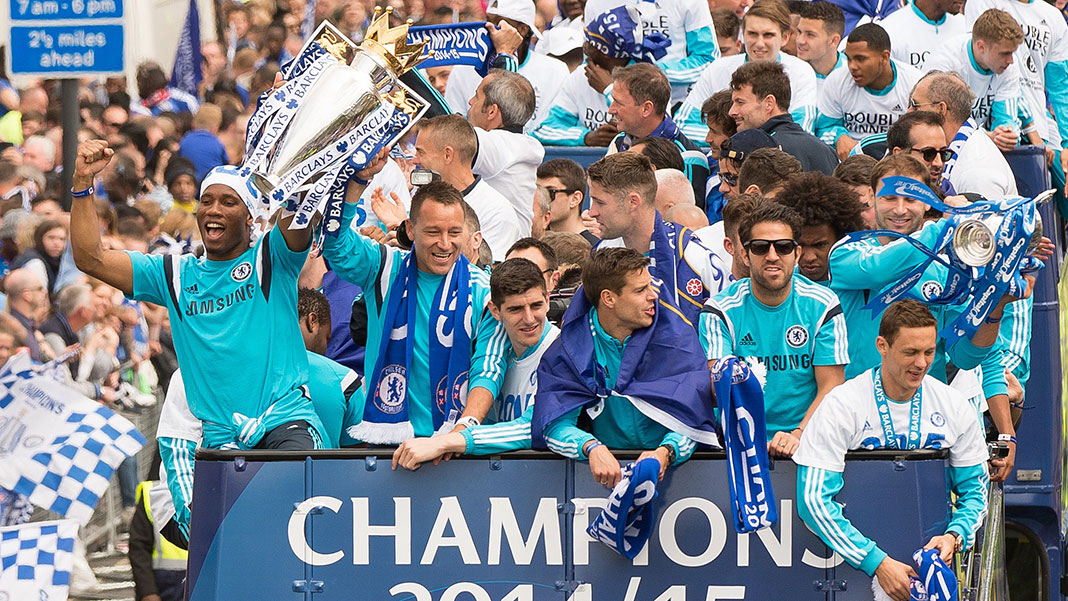 What a boring Premier League season, right? Just look at the table. The big teams are going to the Champions League. The slightly less big teams are going to the Europa League. Heck, even the relegated group includes two teams who are going right back down, along with Hull City, whose stint in the Premier League lasted only two seasons. Considering most of the predictions made back in August, everything went roughly as expected.

Except that this was not a boring season. It’s all about the journey, not the destination, and just because we ended up where we expected to doesn’t mean that the road here was a smooth and predictable ride. So let’s take a look at four things the 2014-15 Premier League season tempted us into believing — and one more thing that we knew from the start.

Manchester United Are in Serious Trouble 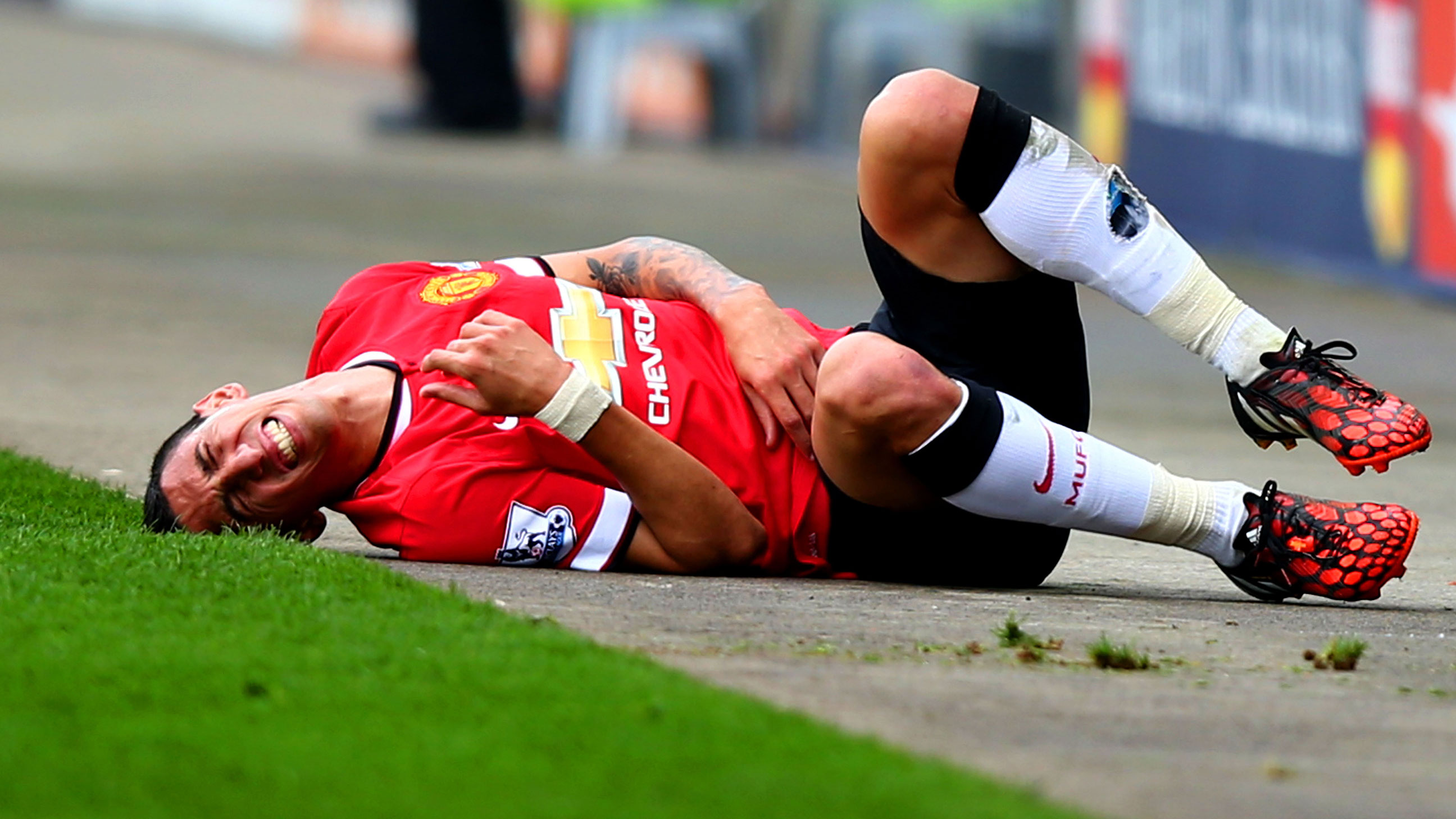 Ten games into the season, Manchester United were barely in the top half of the table. They’d already been eliminated from the League Cup, 4-0, by lowly MK Dons. Despite an expensive trip to the high-end transfer mall from which they brought home Ángel Di María, Radamel Falcao, Luke Shaw, Marcos Rojo, and Ander Herrera, a raft of injuries left the team scrambling for lineups that worked, as new manager Louis van Gaal desperately searched for the right mix of players to implement his possession-based system.

Lots of teams have early-season blips, and under normal circumstances, maybe a disappointing start to the season wouldn’t have been cause for concern in Manchester. But with the team coming off a seventh-place finish the previous season and playing for their second full-time manager in two seasons after a generation under Sir Alex Ferguson, there were many reasons to believe that maybe, just maybe, United were in the process of turning their one-year Moyesian aberration into the beginnings of a new era of ineptitude. Performances like the MK Dons loss and blowing a two-goal lead to newly promoted Leicester City en route to a comical 5-3 defeat certainly didn’t help matters.

Then United won five games in a row, the calendar flipped to December, and the Red Devils rocketed all the way up to fourth place, where they would ultimately end the season. Van Gaal settled on a lineup that worked, improbably relying on Ashley Young instead of Di María, and Wayne Rooney as a lone striker with Robin van Persie and Radamel Falcao forced to miss out due to some combination of injury and decrepitude. It worked, and United ended up with exactly the kind of stabilizing season they needed. By May, their return to the Champions League seemed inevitable, but for a large chunk of the fall, it was anything but.

The Top of the Table Will Be Different This Year

The top half of the table eventually shifted into place, but it took way longer than usual. In the middle of November, the Premier League took a two-week international break. The season was just over a quarter of the way gone, and things were really, really weird. Liverpool’s disappointing sixth-place season might be traumatic now, but back in November they were 11th, and Spurs, who ended up nipping in front of them for fifth, were 12th. Both of those teams, who ultimately had disappointing but not disastrous years, were behind Everton, the one true top-of-the-table team from 2014-15 that did ultimately tumble down the standings. Liverpool and Tottenham eventually climbed to where you’d expect them to be, and Everton seemed to be stuck in neutral all year, finishing 11th in what was perhaps the biggest disappointment of the season.

With those guys down in the bottom half, Southampton and West Ham were claiming unlikely leads in the Champions League race. Ultimately, it’s not a surprise that neither team could maintain their early-season form: Southampton simply couldn’t avoid the injury bug. Losing midfielder Morgan Schneiderlin for stretches of the second half of the season may have single-handedly torpedoed any hopes the Saints had for the Champions League. Meanwhile, West Ham hung on for another month before exploding spectacularly. Seventeen games into the season, they sat in fourth place. From that point on, they won exactly three more times. It’s enough to make you wonder exactly when West Ham manager Sam Allardyce found out he wasn’t going to be back next season.

Manchester City Are in Serious Trouble 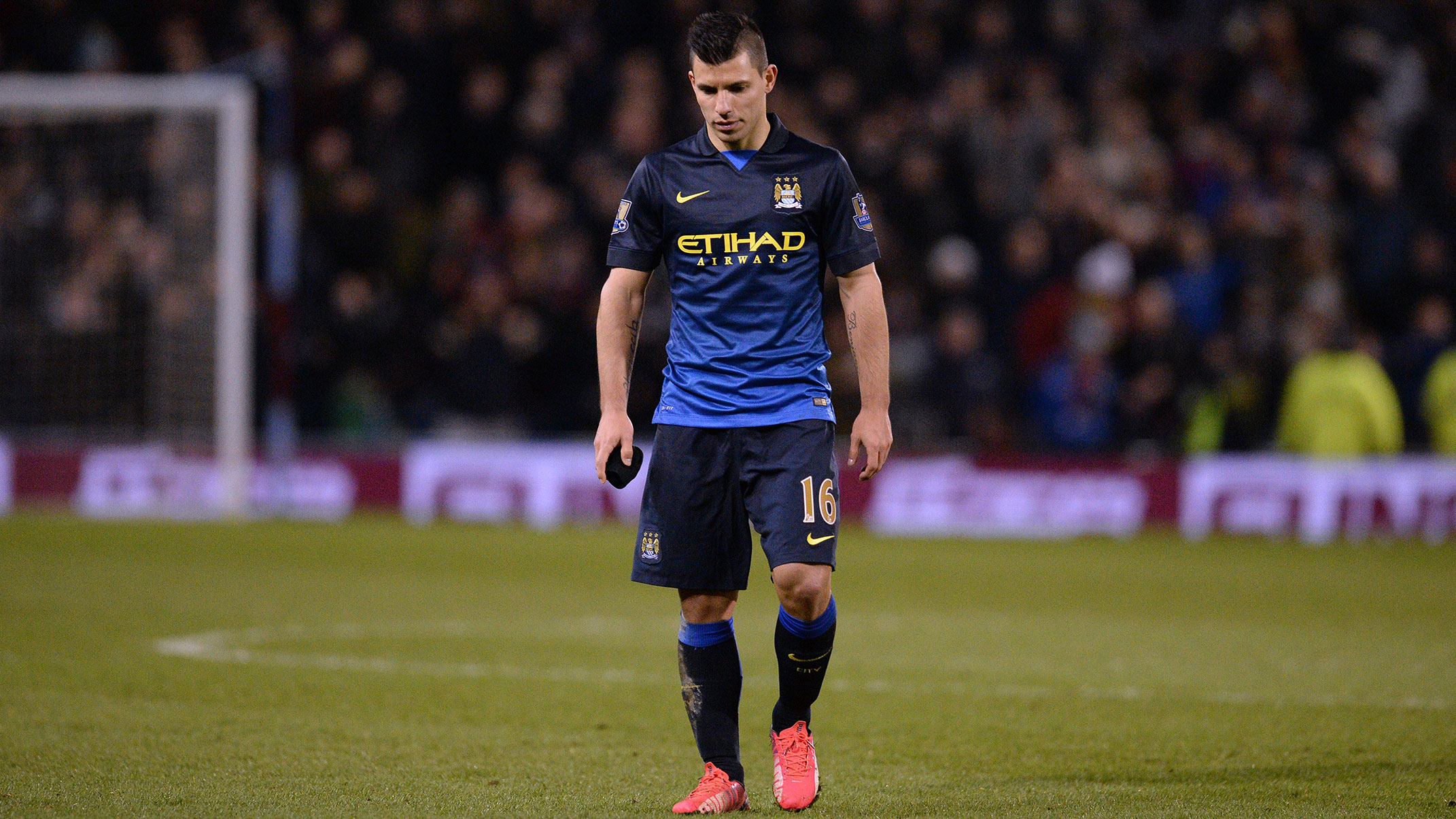 City won their last six matches to finish comfortably in second place, four ahead of Arsenal. Before that winning streak, though, they spent three and a half months of hell failing to get out of their own way. Over a 12-game stretch from January 10 through April 12, they lost five matches, capitulating both to top-tier rivals like Manchester United, Arsenal, and Liverpool, as well as lesser lights like Crystal Palace and Burnley. They also managed to draw against bottom-half opposition like Everton and Hull City. That stretch of games took them from even with Chelsea down to fourth place, 15 points behind the eventual champions and only four clear of fifth-place Liverpool.

Now, this isn’t some short stretch of games we’re talking about here — it’s almost a third of the Premier League season. Somewhat amazingly, despite all of the inexcusable results, City remained a potent team. During the stretch of apparent ineptitude, they actually led the league in shots per game, shots on target per game, and expected goals per game, all while conceding the fewest shots per game, fourth-fewest shots on target per game, and fifth-fewest expected goals per game.1 It’s pretty hard to reconcile those numbers with a 12-game stretch in which City collected 15 points, only the 11th-most in the league.

City’s prolonged rough patch can mean whatever you want it to mean: Is it an example of how much even our best stats fail to capture? Or does it just show how easy it is to get unlucky for sustained periods of time? Either way, considering how they still managed to comfortably finish in second place, it’s a testament to just how good City were over the other two-thirds of the season.

Alan Pardew Is Holding Newcastle Back

Way back at the beginning of the season, Newcastle United fans were very angry at Alan Pardew. The team was winless through the first five games, and fans were fed up with the manager, who was not only not-winning, but also widely seen as an ally to the owner with whom they’d become increasingly frustrated. Pardew soon stabilized the ship, though, and at the midway point of the season, he’d guided the team to a respectable 10th place in the league.

As it turns out, good old Pards might have been the only thing keeping Newcastle afloat. After he left to take over Crystal Palace at the beginning of January, Newcastle tumbled from 10th to 15th, just narrowly missing out on the relegation zone.

Equally as stunning as the fall of his old club was the turnaround Pardew engineered at his new home. When Pardew took over at Selhurst Park, Palace were mired in the relegation zone, all the way down in 18th. Five months later, they finished the season in 10th. Over the 18 games with Pardew in charge, Crystal Palace accrued the sixth-most points in the league. Pardew turned them into a team that didn’t take a lot of shots — 10th-most in the league during his tenure — but managed to take them from strong locations, creating the sixth-most expected goals per game, largely because they shot from an average of 16.6 yards away from goal, the closest in the league. Oh, and in the process he beat Liverpool, Manchester City, and Tottenham.

If Pardew can keep up his current pace, Crystal Palace will be a Europa League contender next season. That may be too much to ask — as we’ve talked about, a 38-game season tends to humble even the most precocious of upstarts — but that it’s even up for consideration is a testament to what Pardew has done with his new team.

Bonus! One Thing We Always Knew: Chelsea Are the Best

When, on Day 1, Cesc Fàbregas played this pass to finish off an incredible move against Burnley, Chelsea announced their presence:

Manchester City briefly caught this year’s champions on New Year’s Day, but nobody surpassed Chelsea over the entire course of the season. They won the thing wire-to-wire. In fact, the team had a big enough lead that after drawing with Manchester City on January 31, they were able to break out the four corners offense and run out the clock on the season. They finished off the campaign by refusing to make dumb mistakes and drop dumb points to allow any challengers back into the race. When Chelsea finally lost to a team they shouldn’t have, a silly 3-0 defeat to West Bromwich Albion after the title was already theirs, Jose Mourinho put it as only he can:

When you lose that salt and pepper of the competition it’s difficult to compete at the highest level. If I have to blame anybody, blame Man Utd, Man City, Arsenal and Liverpool for letting us win the title so early.

Unlike so many other story lines this year, the top of the table is exactly what it seems. If anything, the eight-point gap between first and second undersells how thoroughly Chelsea dominated the competition this season. In a year with a lot of twists and turns on the way toward normalcy, Chelsea’s championship path was the ultimate straight line. When it came to the champions, the table never lied.

20 Controversies From the 2015 NHL Playoffs