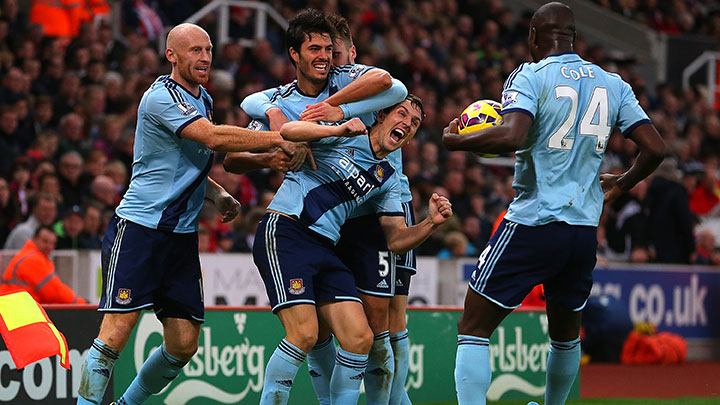 Take a look down the English Premier League table. Chelsea — makes sense, José Mourinho always pulls things together in his second season. Southampton — hmm, but I guess they were in a similar spot at this point last year. Manchester City — sure. West Ham — wait. Swansea — what? Then there’s Arsenal — all right. Manchester United — fine. Newcastle — uh? And Stoke City — er?  Only then, all the way down at spot number 10, do we see Everton, Liverpool, or Tottenham.

So what the heck is going on here? Has the balance of power shifted in the Premier League? Is there some deep, secret reason hidden among soccer’s heat maps and spreadsheets, some neon analytics sign pointing to change? Or is it just soccer’s big roulette wheel in the sky stopping on double zero, a weird fluke that will even itself out by the time Santa slides down the chimney?

The answer, as it usually does, lies somewhere in the middle. A handful of factors have caused the table-scrambling chaos, and while some of them will fade away as the year goes on, others look like they might be here to stay.

This is one of those oft-cited, hard-to-prove factors. Clearly, the World Cup disrupts the offseason’s patterns. Players have to log more minutes and travel around the world — and, in general, guys playing in the World Cup also play for teams near the top of the table. But for every Mesut Özil, whose post–World Cup season hasn’t quite gotten off the ground, there’s an Alexis Sánchez playing out of his freaking mind. Fernandinho might seem like a shell of his former self, and Yaya Touré has been sluggish, but the ever-fragile Sergio Agüero now appears as healthy and as dangerous as he’s ever been.

At most, it just added another complication for teams to deal with. (Players compete with their national teams every summer, after all.) Chelsea have done so incredibly well, with everybody healthy and integrated from day one. They wrapped up their major summer purchases, Diego Costa and Cesc Fàbregas, early, and once the season rolled around they were ready to do this to the rest of the league.

Manchester United, on the other hand, have not handled the World Cup transition well at all. Louis van Gaal arrived late after taking the Netherlands to third place in Brazil. Then, while on a preseason tour in the States, he trained his squad to the point that Ashley Young was the best non-injured left back option. (This is a very bad thing.) The team’s transfer business came late, with big-ticket items Ángel Di María and Radamel Falcao and emergency defensive reinforcement Marcos Rojo joining after the season had already begun.

At the same time, while top teams had to deal with many of their players being on World Cup duty, Swansea and West Ham had key contributors at the Cup, and they’re both managing just fine. The World Cup is a factor — but the actual problem comes when teams don’t realize that and fail to plan in advance.

Replacing Stars: Not So Easy

Over the last two years, Arsenal went out and bought superstars Sánchez and Özil. Although the latter’s performance has been debatable, Arsenal have bought at the top end of the market. Chelsea’s additions this summer were likewise top end. Even if Arsenal’s results don’t show it yet, these two, along with City, are the only clear standout performers in the Premier League.

Elsewhere, it’s Year 2 for Tottenham without Gareth Bale and Manchester United without Sir Alex Ferguson. They’ve now been joined by Luis Suárez–less Liverpool in superstar mourning. Liverpool’s problems have been exacerbated by the never-ending Daniel Sturridge leg injury, but they increasingly look like the most recent entry in a long line of examples showing how hard it is to replace a genuine superstar. 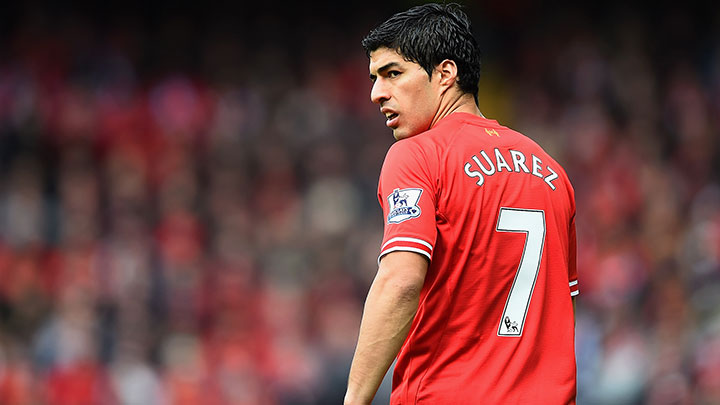 Whether it’s a singular talent on the field or a once-in-a-generation manager, irreplaceable people turn out to be, well, irreplaceable. United are still struggling to crawl out from the barren, mismanaged, lopsided roster that Ferguson somehow managed to keep succeeding with in his last years. Spurs still haven’t figured out how to reliably break down defenses without Bale’s shooting (and Luka Modric’s creativity). Liverpool brought in a ton of talented pieces — eight of them, to be exact — and so far they’ve failed to replace the productivity of one lost star.

There’s a flip side to that coin, of course. Southampton, the season’s biggest surprise, lost their manager to Spurs, three of their supposedly best players to Liverpool, and 19-year-old full-back Luke Shaw to Manchester United. Funnily enough, while these players and their former manager fail to make up for the loss of superstars at their new clubs, they’ve been quite easily replaced at their old one.

According to transfermarkt.co.uk, only five teams in the Premier League spent more money than West Ham this summer. We already talked about Arsenal, United, and Liverpool. The fourth was Manchester City, who basically spent £30 million they found in the couch cushions at the Etihad, while the fifth was Everton, who spent a huge chunk of money on Romelu Lukaku and Gareth Barry just to keep the two loanees from last season on the roster permanently.

New TV contracts have been a boon to Premier League teams up and down the table. All of a sudden, clubs don’t need a rich and generous owner or the mountainous revenue of a traditional powerhouse to go out and buy an impact player or two. Of course, not everybody spends well. Just below West Ham in the spending department are Harry Redknapp’s merry money burners, the Queens Park Rangers. But if everybody can spend at least a little bit, everybody has the opportunity to make a few savvy signings.

If the Premier League is changing in any fundamental way, it’s how the middle of the pack has an opportunity to improve itself. As Spurs and Liverpool have seen recently, there might just be a cap on how good a team can become without superstars, but as the Premier League’s economic might continues to increase, more teams could theoretically push toward that cap. West Ham can spend £20 million wisely, bring in established internationals like Alex Song, find a diamond in the rough like Enner Valencia, and move a long way toward catching up with the Evertons and Tottenhams of the world. Or you could spend like Hull City, drop £20 million, and still look like relegation fodder.

What differentiates potential fringe contenders from each other now is no longer if they spend a relatively modest amount of money; it’s how they spend it. That’s an idea that should give Everton, Liverpool, and Spurs real concern.

It’s still likely things will sort themselves out this season — at least to some degree. Of all the upstart contenders, Southampton are the only ones who have really put themselves in a strong enough position to likely be in the Champions League conversation over the second half of the season. But even if the table returns to normal this year, it’s quite possible we’re seeing the beginning of something new in the Premier League. As things currently stand, it’s a lot easier to envision West Ham becoming Tottenham than it is to see Tottenham becoming Arsenal.