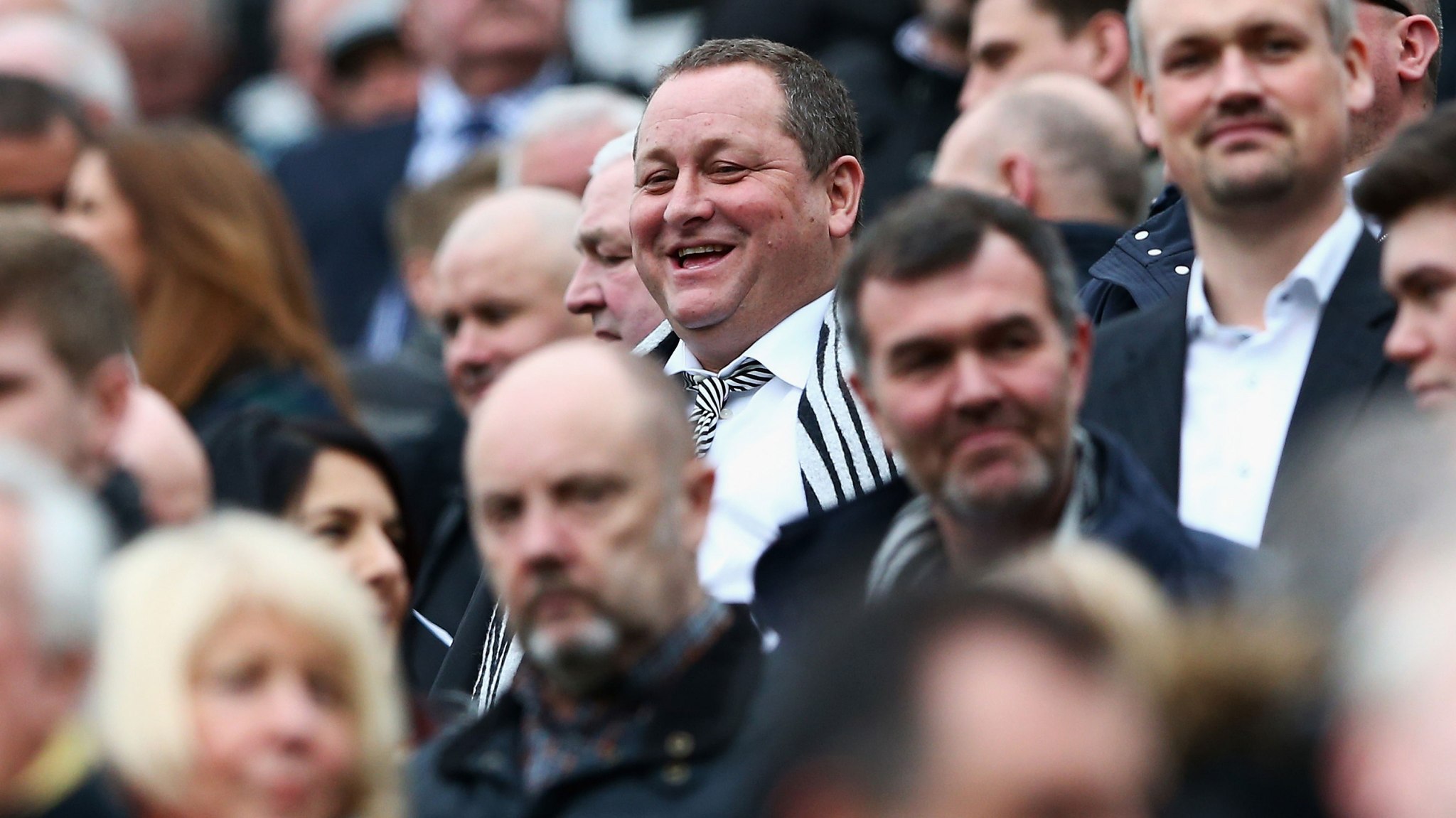 It’s not a good time to be a Newcastle United fan — and not just because the team still isn’t safe from relegation with one game remaining, despite having been in the top half of the table as recently as mid-January. The relationship between fans and owner Mike Ashley is, um, not great! It’s reached the point where fans have even boycotted games in protest of Ashley’s continued ambitionless reign. But if Newcastle do avoid relegation, which seems likely since Hull City would have to defeat Manchester United on the final day of the season to leapfrog them, there seems to be no end to the tortured standoff in sight. Ashley owns Newcastle, and as long as they’re in the Premier League, he’s laughing all the way to the bank — and the fans won’t be able to do much about it.

Some ugly systemic issues need untangling at Newcastle, but part of what has pushed fans to the boiling point is, of course, the team’s awful results over the second half of the season. On December 29, manager Alan Pardew left the club, opting to take over Crystal Palace when the London squad bought out his contract and made him a better offer. At the time of Pardew’s departure, Newcastle were sitting 10th in the league. Since then, they’ve won precisely two matches, drawn four, and lost 12. At the end of 2014, Newcastle had 26 points, while last-place Leicester City had 13. Just 18 games later, Leicester now sit two points ahead of the Tyneside club. That, ladies and gentlemen, is what we call a free fall.

So, what the heck happened?

Pardew was replaced by his assistant John Carver. It’s Carver’s fourth stint as an interim manager, and, in addition to one game in charge in 2004 after Bobby Robson was fired, it’s his second stint as the interim manager of Newcastle. While he’s been around the game and the team for a long time, he’s also got a grand total of one real head-coaching job on his résumé, and that was an underwhelming season and change with Toronto FC from 2008 to 2009.

Just in case the results don’t give it away, Carver’s current stint has been a term of ineptitude that, at times, has bordered on the farcical. The low point probably came during a game they desperately needed to win: a 3-0 loss to the formerly lower-than-them Leicester. After both Mike Williamson and Daryl Janmaat were sent off, Newcastle finished the game with nine men. In his postgame comments, a visibly frustrated Carver threw his players under just about the largest bus he could find and accused Williamson, his own player, of getting sent off on purpose.

Among the other nearly-as-low points was blowing a crucial lead this weekend to an already-relegated QPR who had nothing to play for. And let’s not forget this amazing Tim Krul howler to gift a game to Manchester United earlier this season:

Plummeting down the standings like an L.A. Law plot twist is, needless to say, a bad thing. It’s an even worse thing when the club’s owner likely doesn’t see it as a problem.

Ashley is the founder and majority owner of Sports Direct, a sporting goods chain with more than 400 locations. Ashley’s company is usually in the news for its legal but questionable labor practices, and those labor practices are part of a larger corporate profile that prioritizes efficiency to profit in a low-margin business. In other words, Ashley has built a wildly successful empire by squeezing every penny out of every part of a transaction. And he’s doing the same thing with Newcastle.

When Ashley took over the club in the summer of 2007, Newcastle’s finances were a mess, and it’s possible he saved the club from oblivion. Subsequently, Ashley transferred the club’s debt, reportedly in the range of £75 million, to himself. Although it’s a financial setup that doesn’t exist in the U.S., clubs actually owing money to the people or companies who own them is common practice in international soccer. And it means that while Ashley has since paid off the club’s debts, the team, or whoever eventually buys it from Ashley, will still need to pay that money back to him at some point.

There’s a fine line between financial savior and financial hostage-taker — and that’s where the friction between Ashley and the fans lies. Newcastle are now one of the most profitable soccer teams in England. And yet, instead of Ashley converting the debt into equity, the debt still exists and is owed to him, so the club can’t actually spend any of the money it’s begun to generate. Ashley’s loan — which, to be fair, is interest free, so it’s not getting bigger — just sits there, hanging over the club’s head. And meanwhile, Ashley has used Newcastle as a vehicle to advertise Sports Direct and to sell its merchandise, a practice that has raised its own degree of controversy.

The growing concern for Newcastle fans, then, is that the entire point of Ashley’s ownership of Newcastle United is to use it as a mediocre, cost-controlled branding mechanism for his bigger business empire. Pardew was roundly despised by the fans for his perceived acceptance of this. Yet, in retrospect, Pardew, who has gone on to take Crystal Palace from the relegation zone to a comfortable 12th, was one of the few things keeping the team competitive. And that’s not even to say that the fans were wrong to be upset with Pardew; it just means that having a competent manager accepting of mediocrity probably leads to better results than having an utterly incompetent one.

By almost any standard, this season has been a disaster for Newcastle. But if they finish 17th as seems likely, remain in the Premier League, and get their next slice of that fat television deal, then Ashley may not see it that way. In fact, for Ashley, doing just enough to stay in the Premier League is probably the ultimate victory. It’s passing a pass/fail test without a single correct answer to spare — the ultimate example of doing just enough to get by.

It’s a vicious and depressing cycle confronting Newcastle fans, and there’s no obvious way for them to escape it. Newcastle continue to scrape by in the Premier League, another Mike Ashley–owned property makes money, and the fans, who want to root for a team that’s trying to win as many games as possible, are the ones who suffer. It’s almost enough to make you hope that Newcastle actually do get relegated. If that happens and they end up in the Championship, at least the team will be forced to strive for the top of the table.