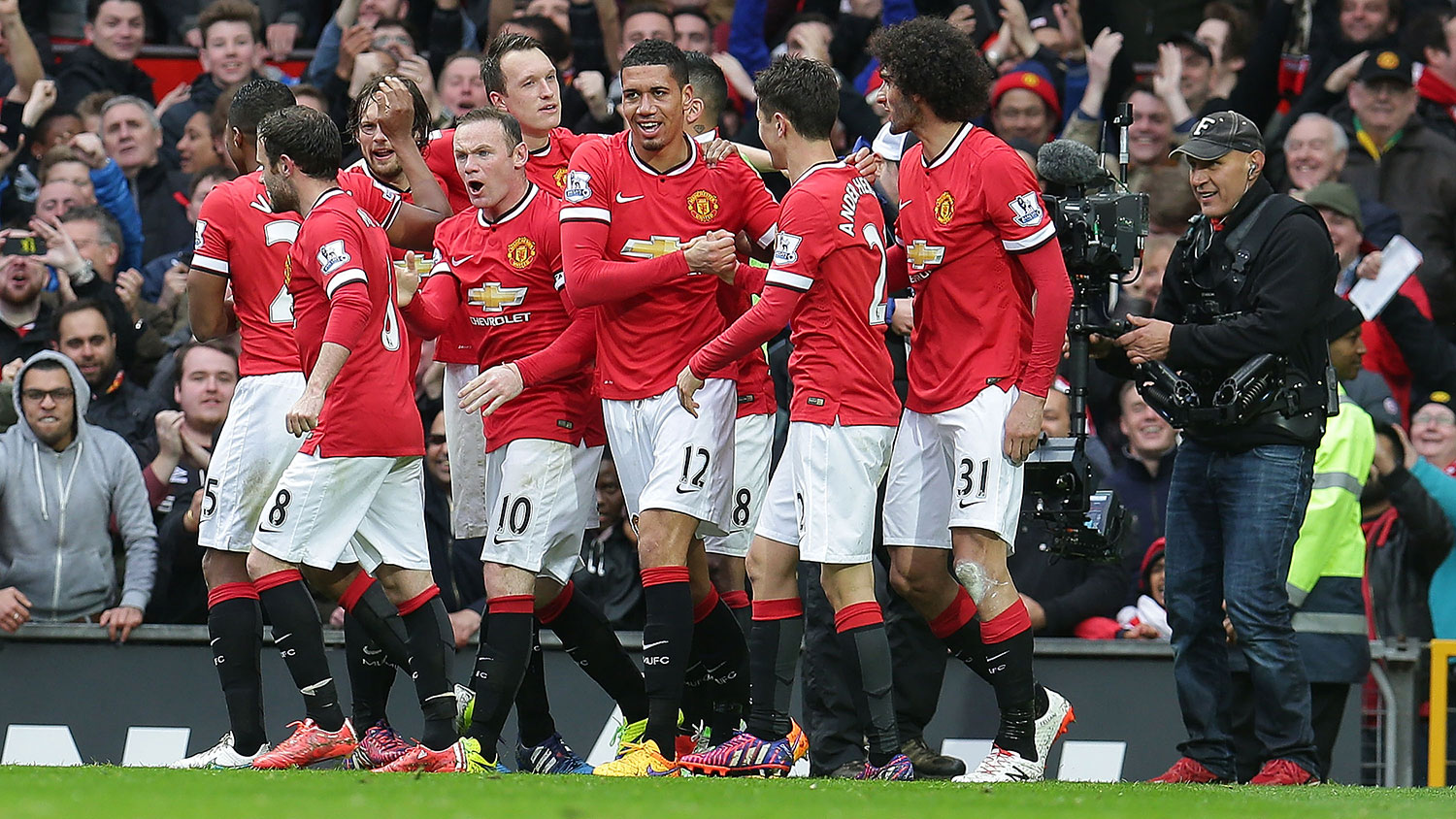 We’re 32 games into the season, and this much is now obvious: Manchester United are one of the four best teams in the Premier League. Yesterday’s 4-2 romp over Manchester City was United’s sixth league victory in a row and the team’s best performance of the season. Just a month removed from a heated battle for fourth place with Liverpool, United totally dominated their crosstown rival and now sit four points clear of City in third.

Over the first half of the season, Louis van Gaal’s team strung together a host of ugly victories on the back of improbable goals and timely finishing. But now, with wins over Tottenham and Liverpool in addition to City, the manager has his team playing the kind of attacking soccer he warned that fans might have to wait until next season to see. So what finally clicked for United?

Up until the team’s recent run, United profiled as a solid defensive team that would win the ball back when it lost it, keep possession for a long time, and then not create any chances. Lather, rinse, repeat.

However, over the last four games, the goals have finally appeared: four against City, three against Aston Villa, two against Liverpool, and three against Tottenham. Compared to the early part of the season, that’s an attacking avalanche — and it’s coincided with the arrival of van Gaal’s new-look starting 11.

After flirting with a back three, fiddling with a diamond midfield, experimenting with a traditional no. 10, playing with his best striker in the midfield, and playing his high-priced midfielder at striker, van Gaal eventually landed on something close to a traditional 4-3-3.

The attacking trio of Ashley Young, Wayne Rooney, and Juan Mata provides the same component parts van Gaal had with the Netherlands at last year’s World Cup: the speedster, the traditional striker, and the creative hub. For the Dutch, those three roles were occupied by Arjen Robben, Robin van Persie, and Wesley Sneijder. The difference is that Robben and van Persie lined up as two strikers ahead of a no. 10 in Sneijder, while United’s attacking trident has two wingers flanking Rooney.

Thanks to the emergence of Marouane Fellaini at the tip of its midfield triangle, United can afford to deploy their most creative player out wide. Fellaini’s huge build enables him to act as a target man and a transition hub from defense into attack. Against City, he initiated attacks by receiving long balls …

… and finished them by lining up against smaller full-backs at the back post:

Other times, the Belgian has joined Young, Rooney, and Mata to form a four-man attacking band to test opponent’s back lines. Fellaini’s skill set is fairly unique, but he’s a towering presence, and United (much like David Moyes did at Everton, and not like Moyes did at United) have figured out how to leverage his size, aerial ability, and chest control into a transitional weapon.

Fellaini’s roots as a defensive midfielder and his willingness to press have also combined well with Ander Herrera, who is the Platonic ideal of a box-to-box midfielder. Defensively, the two provide a shield for Michael Carrick at the base of the midfield triangle. There’s nothing revolutionary about playing two energetic midfielders to protect an aging playmaker — Liverpool did it last year to protect the playmaking iteration of Steven Gerrard; Juventus have been doing it for years to protect Andrea Pirlo — but it’s an arrangement that both covers for Carrick’s lack of mobility and amplifies his strengths as a passer. Part of the reason Fellaini is able to position himself as aggressively as he does in attack is Carrick’s ability to keep possession in the midfield by picking the right passes.

Part of the issue is injuries: Several of the current key contributors, including Carrick, Fellaini, and left back Daley Blind, have been hurt at some point this season. The current lineup wasn’t even an option for much of the year.

Then again, why would it be? Mata is playing in a position where he’s never spent a significant amount of time before. And using Fellaini high up the field is particularly difficult to fathom when the team has so many high-priced attacking players. All the recent success has come without an injured van Persie or any real contributions from high-priced acquisitions Radamel Falcao, Ángel Di María, or Luke Shaw. In other words, United finally started to play well once they decided that not all of their super-expensive players could be a part of the success.

At the start of the season, nobody could’ve envisioned this current group as the one that would lead United back toward the top of the Premier League. So it’s hardly a surprise that van Gaal took a few months to figure things out. Sure, it’s required a lot of money and a lot of tinkering, but his vision of possession-driven soccer has finally come to life. And it’s here ahead of his own schedule.