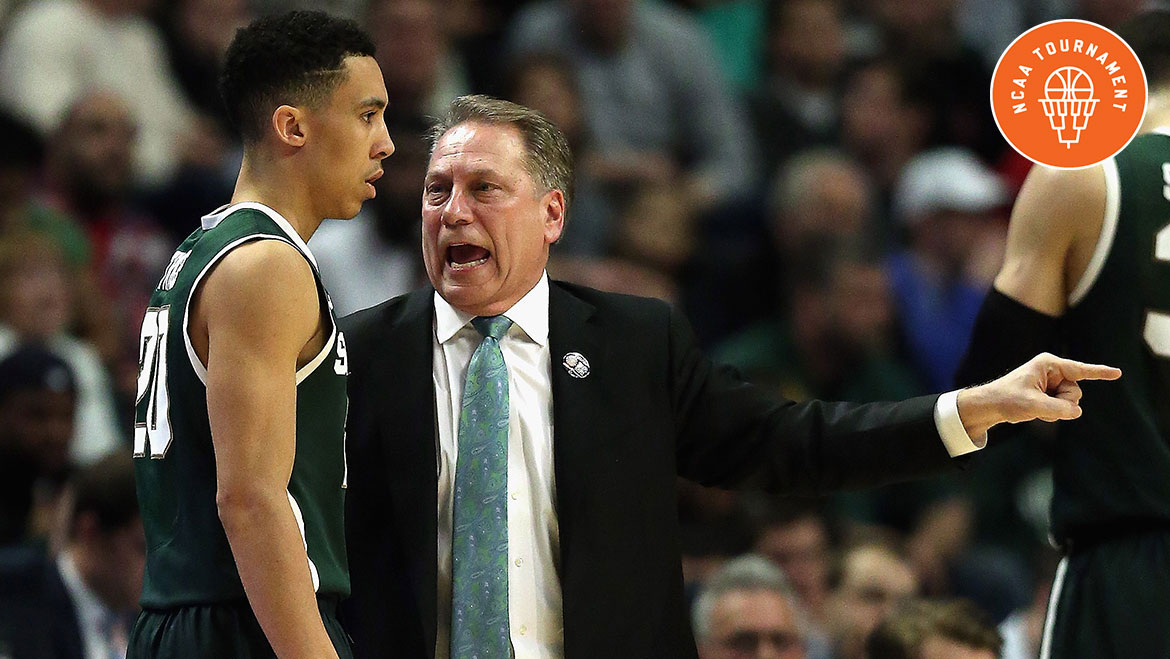 Let’s take a moment and consider the possibility that Tom Izzo is a magician. Not the sleight-of-hand type you’d find at a kid’s birthday party. No “ILLUSIONS, MICHAEL.” More like a practitioner of old-school sorcery, someone who can exploit supernatural forces to produce favorable results. He’s short, at least compared to the young men with whom he surrounds himself. He’s raspy. He hops up and down constantly. He contorts his face into odd, nearly inhuman shapes. And his Spartans win late and often, under all sorts of circumstances.

This year, Izzo has a relatively small team, a group that never gets to the free throw stripe and then shoots a brutal 63 percent when they do. For a stretch during their Big Ten quarterfinal matchup against Ohio State last week, Buckeyes coach Thad Matta had his men hack-a-Spartan, any Spartan, for a 90-second stretch in the second half.

After a rough midseason stretch — losing a weird one to Texas Southern at the Breslin Center in December and then dropping another at Nebraska in January — Michigan State fell to 13-7 and onto the bubble. Yet, eight weeks on, that familiar feeling is creeping back around.

All the Grantland coverage of the 2015 NCAA tournament, right here.
It hit me in the physical Big Ten quarters, watching the bruising Denzel Valentine freeze defenders and thread passes to rollers, watching the supremely talented but inconsistent (and fragile) Branden Dawson beat Ohio State down the floor for layups, watching senior guard Travis Trice bomb transition 3s. “There’s one shooter on the floor!” Matta screamed at his assistants, after one particularly gutting Trice make. “THERE’S ONE FUCKING GUY WHO CAN SHOOT THE FUCKING BASKETBALL!” All-world Ohio State freshman D’Angelo Russell fell into Richie the Baumer meltdown mode, untucking his jersey and brushing off pleas to join a team huddle in the waning moments. He must have sensed the inevitable, too. Maryland — a good but flawed club — would do so the following afternoon. And Wisconsin just barely survived the Spartan crush a day later. 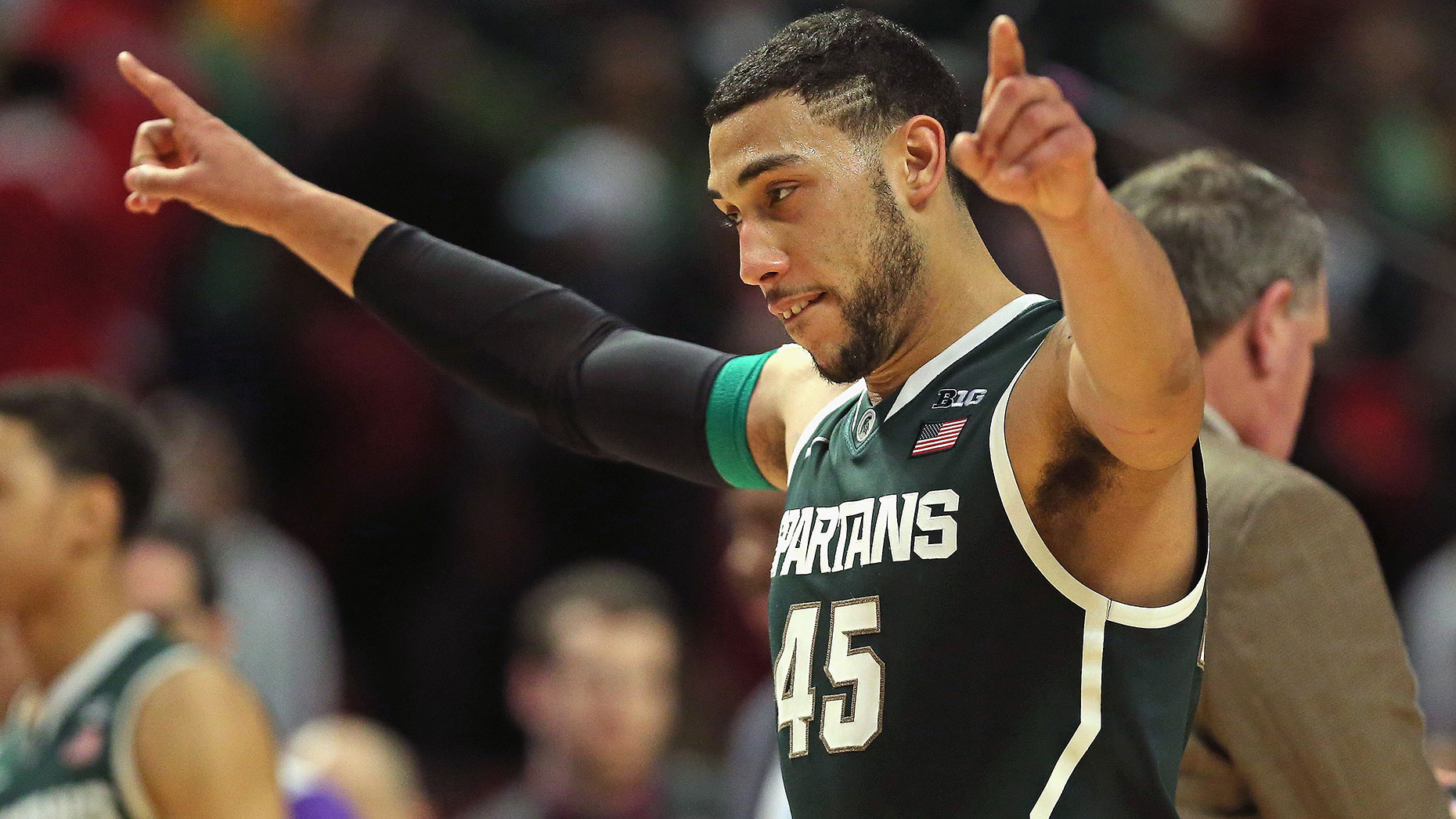 Under Izzo, Michigan State has played 58 NCAA tournament games. That’s essentially two full seasons of sudden death contests in just 17 years. Only six other schools have qualified for the Dance in each of the last six seasons, and only Kansas and Duke boast longer active strings of tournament berths. Up to 17th in Ken Pomeroy’s efficiency rankings, the latest East Lansing incarnation shares the ball well and rebounds like it always has. They also struggle to explain with any specificity what sets their program apart when it matters most: “This is where Michigan State basketball has made their history, and we want to keep the tradition going,” Valentine says. “We don’t want to be the ones that let the former players down.”

At least one school from the Big Ten has competed in seven of the last 10 Final Fours. With a win over Georgia today, a Virginia team in a turnover funk is likely to await Sparty this weekend. And there’s no one better than Izzo after a quick turnaround: He’s 19-4 in Round of 32 and Elite Eight games. Emerge from Sunday, and they could run into Oklahoma (a squad that won’t take advantage of MSU’s tendency to foul) and a talented Villanova group that’s vulnerable on the glass. The odds are low, but a marauding Michigan State run shouldn’t surprise anyone, either.

For his part, their coach doesn’t have time to waste contemplating. It’s March, and he’s got a spell to brew. “I’ll tell you, if there’s a better thing to do during March Madness than to stay up all night and work, it’s the greatest thing there is. I really mean that sincerely,” he says. “I love the moment, I love the opportunity. I’m getting a little old for it, but it’s still a lot of fun.”

The Clampdown: How the NCAA Accidentally Killed Scoring in Men's College Basketball