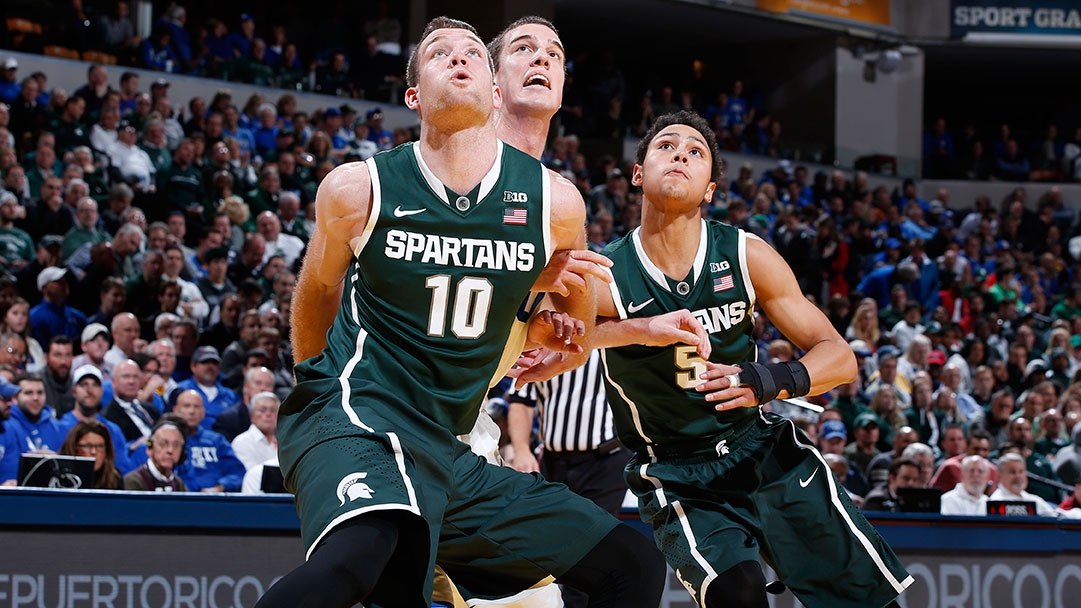 College basketball seems to attract the ideologues, coaches who pin their teams’ identities on sustained excellence in one particular facet of the game. Some focus unremittingly on defense, like former Wisconsin and Washington State coach Dick Bennett. Others, like Shaka Smart or Nolan Richardson, live and die by a frenetic pressing style. Pete Carril and his disciples love the solemn symphony of the Princeton offense.

For Tom Izzo, rebounding — and the toughness that goes along with it — has been his program’s brand through thick and thin. Like death, taxes, and the sun rising in the east, fans can always expect to see Michigan State atop the rankings when it comes to snagging opponent’s misses.

It’s easy for a no-name program to create a niche for itself by focusing on rebounding — and neglecting other aspects of the game — in order to compete in some small conference like the America East. Yet, despite playing in one of the best conferences in basketball, Izzo’s teams still manage to outdo the rest of the country.

“Rebounding is one of his staples,” said Izzo’s former associate head coach and current Northern Illinois head coach Mark Montgomery, whose own team finished last year atop the Mid-American Conference in rebounding. “It’s something he’s going to work on every single day.”

It’s this dedicated commitment to a blue-collar aspect of the game that has long fueled Michigan State’s success during Izzo’s 20 seasons in East Lansing. As long as the Spartans have rebounded the ball, they’ve been a threat to play deep into March. Speaking at a coaching clinic in Pittsburgh in 2006, Izzo explained the simple reasoning behind taking this approach.

Montgomery says that everything Michigan State does — from its film sessions to past players coming back to impart wisdom — is aimed at creating the tough, gritty culture we see embodied in its play every season. The emphasis on rebounding is a key part of that because, along with defense, tracking down a missed shot doesn’t require any basketball-related talent.

“There’s no skill involved,” Montgomery says. “You want the ball more. It’s in your heart. It’s body on body. It’s kamikaze. You go in there and come away with it.”

In the NBA, rebounding is something of an immutable skill. Very rarely, if ever, do players who start out as poor rebounders end up being great ones. Part of that is because players are older and part is because NBA teams — with injuries and financial concerns, on top of a physically taxing schedule — can’t focus on that aspect of the game as much as coaches would probably like.

Basketball players still in the formative stage of development — high school and college — are far more likely than a nine-year NBA vet to adapt to the mentality and habits of those around them. That doesn’t mean a 6-foot-5 walk-on will become Andre Drummond if he goes to Michigan State, but he certainly will leave the program a better, more aggressive rebounder than when he entered. And it all begins with one infamous drill. 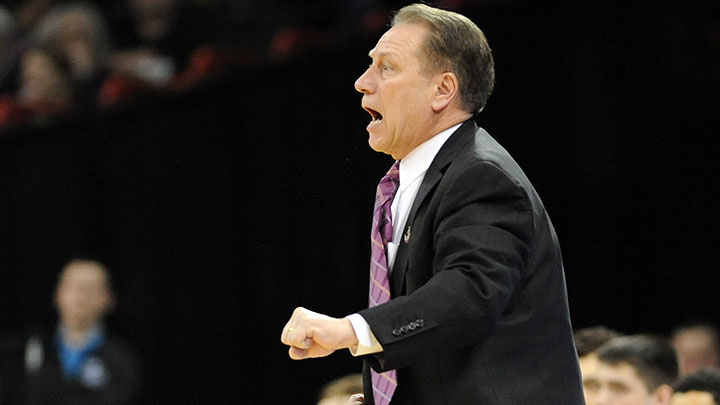 In order to rebound, as with anything in life, you have to learn to crawl before you can walk. And Izzo starts by breaking down his rebounding technique in the form of one-on-zero, one-on-one, and two-on-two drills from different spots on the floor. Except, Michigan State doesn’t drill the traditional boxout that most fans associate with the game. You won’t go to a Spartans practice and find players putting their backsides into an opponent, trying to shield them off from an errant shot. Instead, Izzo teaches a technique for defensive rebounding he calls “hit-find-fetch.”

Michigan State players spend a good portion of their practice time honing this technique and mentality under Izzo’s watchful eye. Many other coaches spend only a cursory amount of time on this facet of the game — not that it makes them inherently better or worse, just different.

Izzo doesn’t just stop at those smaller breakdown exercises, though. In fact, they’re only a prelude to the grand march of rebounding drills: the war drill, a 5-on-5 slugfest featuring one ball and 10 Big Ten athletes trying to secure a rebound amid total chaos.3

It’s no wonder then why Izzo’s teams always have that blue-collar feel. No McDonald’s All American can dominate a setting like that on talent alone. It takes, effort, grit, and physical toughness. Although it’s just a small part of all the things that go into Michigan State’s winning ways, the war drill epitomizes the program’s character.

“He’s not gonna change,” Montgomery said. “[His team] might not be that good. Or [they] might be in the thick of it. But for sure, one thing is gonna be constant: He’s gonna have a good rebounding team when it’s all said and done.”