To be fair, in addition to his rushing totals, Gurley tacked on more than 1,000 career yards and eight touchdowns as a receiver and return man.

Of course, Walker posted his record total in just 11 games; bowl stats weren’t officially counted until the turn of the century. 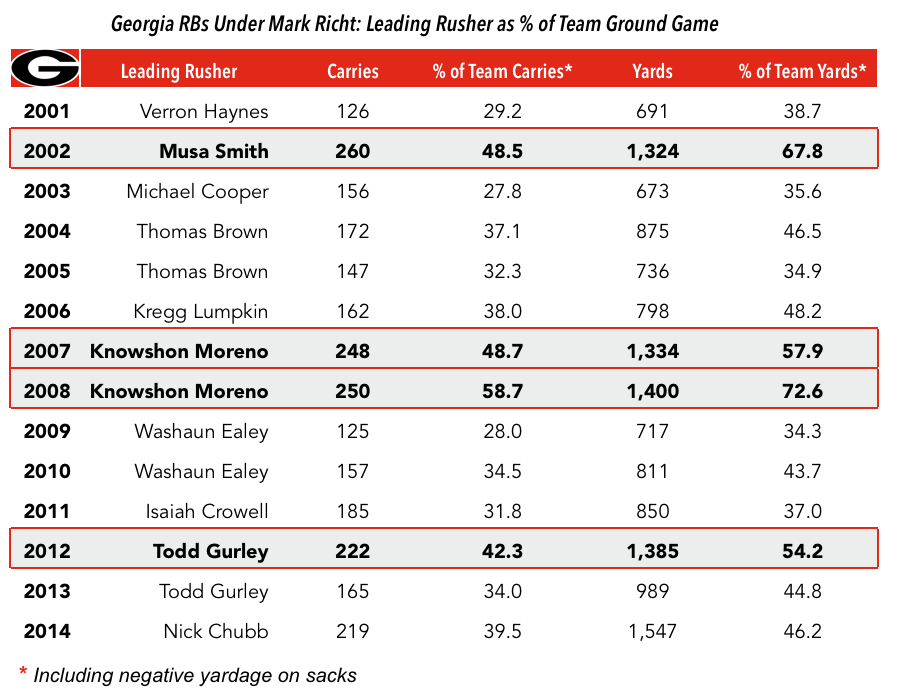 The latest odds from the gambling site Bovada list Chubb as a 9/1 shot to win the Heisman, second among running backs (behind Ohio State’s Ezekiel Elliott) and third overall.

Only one UGA wideout recorded a 100-yard receiving game in 2014, with Chris Conley accounting for 128 yards against Arkansas.