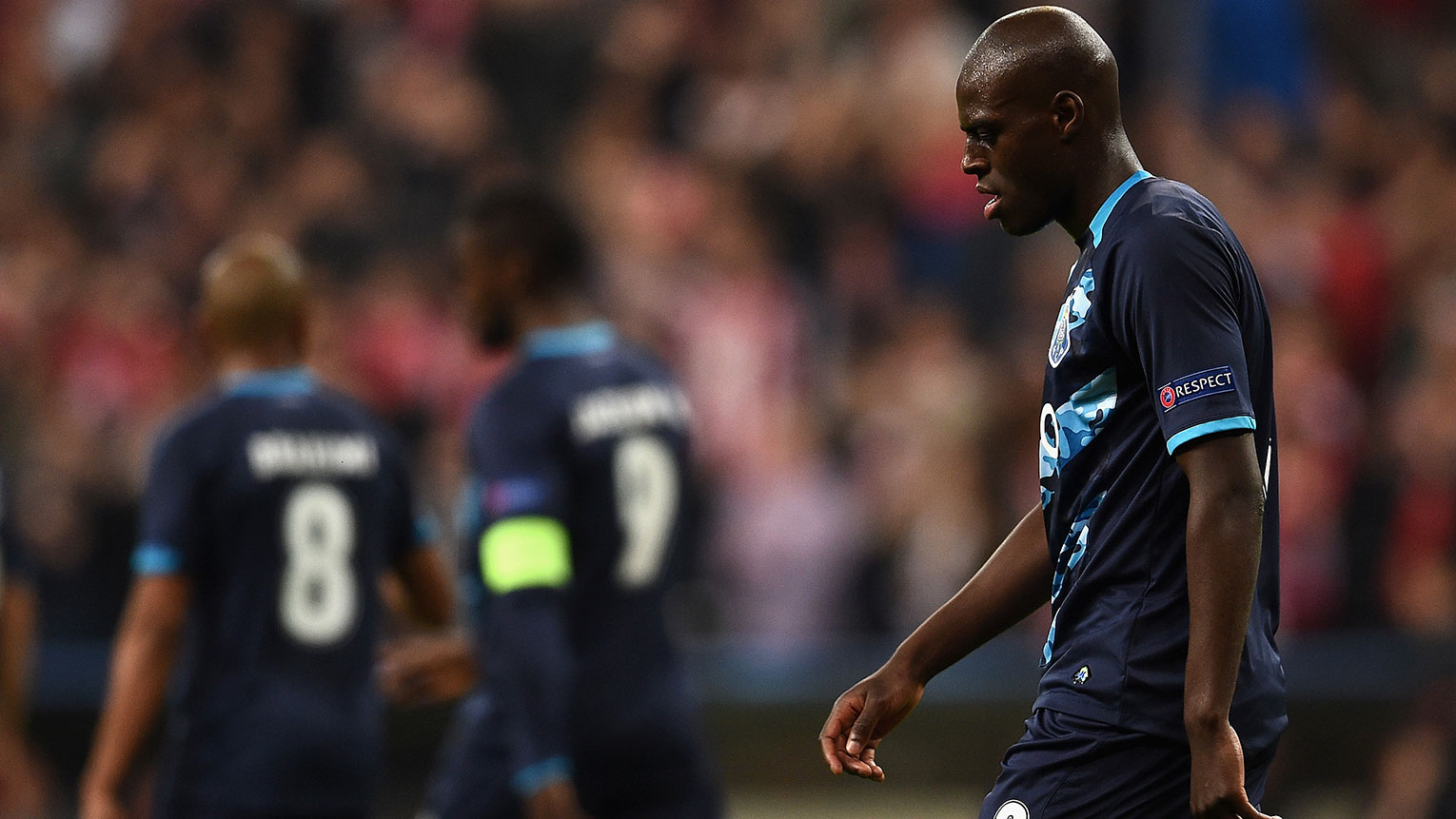 It’s one of the most pernicious myths in soccer: Defending is easy. Any manager can order his players to stay behind the halfway line, kick some shins, clear a few corners, and voilà: He’ll have a clean sheet. Fans lob this accusation against opposing teams all the time, but tune in to enough postgame interviews and you’ll see managers are often no different. After the infamous Steven Gerrard slip game last year, Brendan Rodgers said it about José Mourinho, and a week later, Mourinho himself dropped a similar bomb in response to Norwich’s tactics. Seemingly anybody who’s ever played against Tony Pulis or Sam Allardyce has lodged a comparable complaint: What’s so special about you? All you do is defend.

As Porto learned yesterday in their 6-1 loss against Bayern Munich, this idea is garbage. Yes, playing in a defensively oriented manner is easy. But defending well? That’s really hard.

Up 3-1 after the first leg, all Julen Lopetegui’s side needed to do was keep Bayern from scoring twice. It’s the kind of rope-a-dope game Mourinho has made a living off of: Your opponent has to attack, so you invite them in, hold strong, and then launch timely and devastating counterattacks once they’ve pushed too many men forward. Again, easier said than done.

The first goal perfectly illustrates the difference between good and bad conservative defending:

Porto have eight men defending below the 18-yard line, so as the cross comes in, three defenders are in the general vicinity of Bayern left back Juan Bernat, and another four are forming a defensive line. And yet, look how easy that cross and finish is: Mario Götze picks up the ball and finds a completely free Bernat, who finds a pocket of wide-open space with one big touch and then delivers a free cross to Thiago, who’s virtually unmarked as he makes a simple near-post run. For Bayern, every single step of the process is easy.

However, defending deep in your own territory is supposed to be an exercise in making things difficult for your opponent. Since you aren’t defending the length of the field, it might be easier for attackers to get into crossing positions, but it should be a pain in the ass for them to ever get those crosses into the box. If they’re able to swing any crosses in, you should have plenty of defenders in the area to clear the ball out. And on the off chance an attacker gets his head on the ball, there should still be a body on him to make the finish difficult. The trade-off is that you sacrifice how much of the field you control defensively in order to maximize defensive impact in the areas closest to the goal.

Porto, though, did neither of those things. In the opening leg, they were happy to selectively pressure Bayern, and that pressing led directly to Porto’s two early goals. Bayern probably approached the beginning of that game with more caution and less direct attacking since they didn’t come into the match needing to score. In the previous round, Guardiola adopted a similar tactic, using cautious possession to work out a 0-0 draw against Shakhtar Donetsk on the road before crushing them at home. Yesterday, there was nothing cagey about a Bayern side that needed to make up a two-goal deficit. A defend-and-counter strategy made sense for Porto; they just couldn’t pull it off.

And that’s understandable: Porto dominate the Portuguese league and very rarely play matches against better sides. Most of the time, they can play a style predicated on possessing the ball and then pressuring the hell out of it once they lose it. Much like Arsenal in recent Champions League campaigns, Porto were faced with a stylistic conundrum: Do we try to play our preferred way even if it’s not best-suited to this particular game? Or do we park the bus, defend deep, and try to counter even though we’ve never really done that before? Chances are they were doomed either way.

But even for sides that are built to do it, choosing to try to preserve a lead by conceding possession of the ball is risky. You’re allowing your opponent more opportunities because you believe you can limit the quality of those chances. Yet at the same time, you open yourself up to one-in-a-100 strikes, bad deflections, goalie errors, and the hands of fate. Do it well, and you might win the Champions League. Do it poorly, and you lose 6-1.