Arsenal, City, and Chelsea Say Good-bye to the Champions League: Does England Have a European Problem? 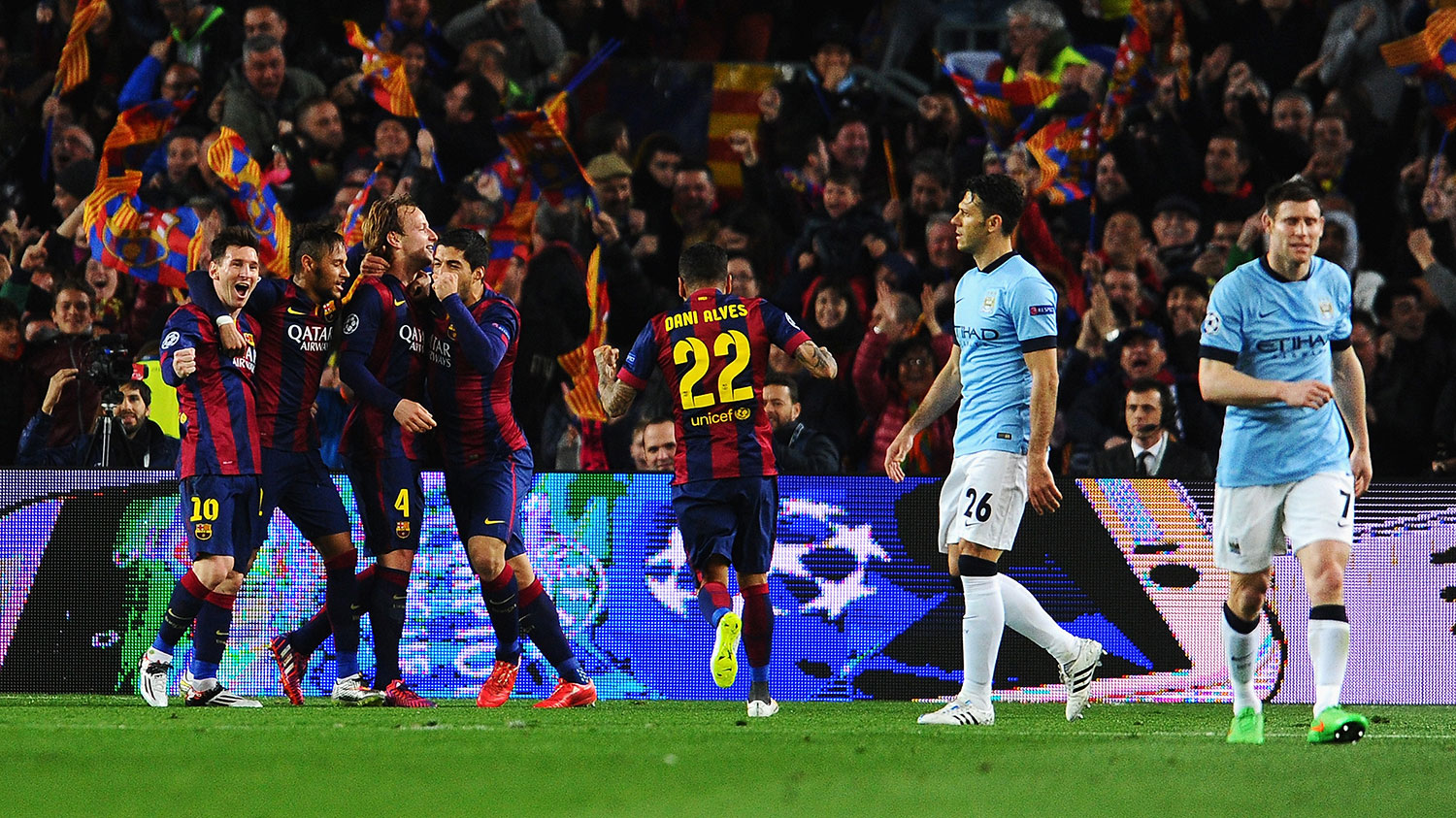 So many soccer games get decided by noise — a brain fart from a keeper, a once-in-a-lifetime 40-yard rocket from a striker, a bad deflection on a set piece, a mistaken decision from a referee. When evaluating a result, rather than simply saying “We lost. We need to do something different so we don’t lose again,” managers need to ask themselves two questions:

“Did we pick the right game plan?”

“Did we execute the game plan we picked correctly?”

Right now, that pair of inquiries hangs over the heads of Arsene Wenger, Manuel Pellegrini, and Jose Mourinho after their teams were all eliminated from the Champions League’s Round of 16 over the last two weeks. With no English side in the European Cup’s quarterfinals for only the second time since 1996, the answers to those questions might tell us whether we can expect this drought to continue or if the lack of a British presence in the final eight is just another bit of noise. 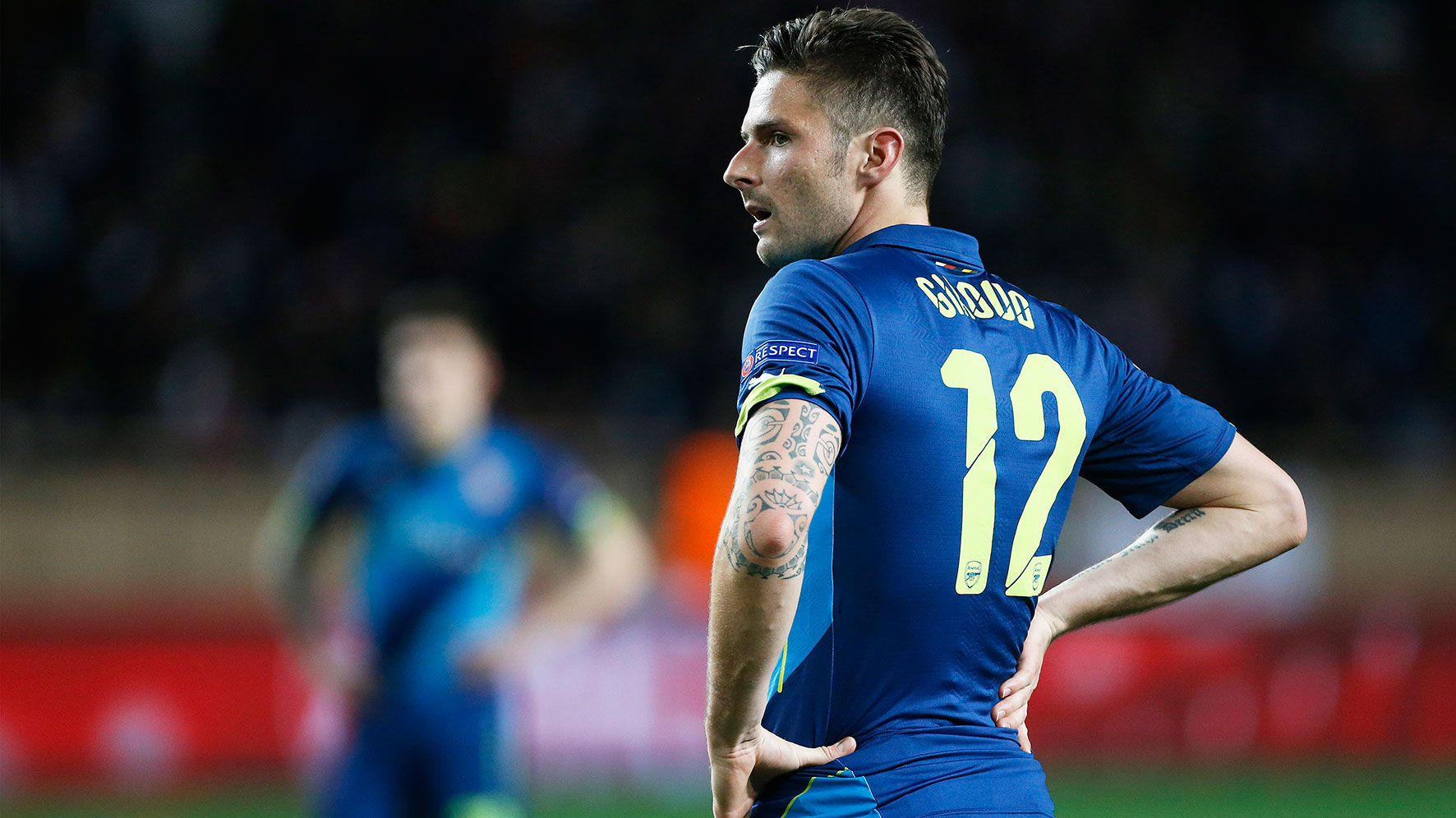 After Arsenal’s 2-0 win at Monaco — and subsequent exit from the Champions League thanks to the away-goals tiebreaker — it’s easy to look at the two legs of results, along with the sheer volume of chances the Gunners created, and think, Well, this one was in God’s hands.

Except that it wasn’t. The counterattacks Arsenal conceded stemmed from real structural issues. Season after season, in big game after big game, the same types of individual errors keep happening. This year against Monaco, last year against Bayern Munich when a simple run from Arjen Robben opened the Gunners up, or two years ago against Munich when Arsenal gave up a third goal while trying to climb out of a 2-1 hole. Their attack stalls, and then there aren’t enough defensive bodies in midfield to do anything but mildly distract a good counterattack.

While the issue could just be that the game plan isn’t comprehensive enough to deal with the complexities of smart counterattacking squads, it might also come down to Wenger consistently putting ill-equipped personnel on the field. It’s been years since Arsenal have had a player able to live up to the defensive responsibilities expected of him in the middle of the field. Francis Coquelin is the latest in an ignominious line of inadequate defensive midfielders that includes whatever is left of Mathieu Flamini, the aging and never particularly defensive Mikel Arteta, and, briefly, Kim Kallstrom, perhaps the apex of Wenger’s disdain for the position.

You can’t stick a point guard on a center and then blame the little guy when he gives up 20 rebounds — especially when you’re the one who signed him in the first place.

The Trouble With Playing Barcelona

While Arsenal’s problems are systemic, Manchester City simply had no hope of stopping the hell train that is FC Barcelona.

After his side dropped the first leg of the tie at home, 2-1, Pellegrini came under fire for his decision to play two strikers. Fielding such an attacking lineup against Barcelona, according to his critics, was tantamount to tactical hara-kiri. Unmoved, the Chilean pushed back against that idea pretty strongly:

We’ve tried to attack, except last year at home when we approached it differently, trying to stop Barcelona being Barcelona … and that didn’t work. If we just waited deep with 180 minutes to play, they’d create chances and we’re not a team [constructed] to play like that.

And he’s right. Last year, when they also played Barcelona in the Round of 16, trying to sit and absorb pressure led to this.

No matter the game plan and no matter the squad, Barcelona will cause even the richest club significant problems. City’s squad is built upon the directive of being a final-third possession team. That approach works against most teams in the world, but not one with Luis Suárez, Lionel Messi, and Neymar. So, when Pellegrini’s matched up against a stylistically similar but much better side, he’s left with two unappealing options: stick to his guns and try to “out-Barcelona” Barcelona or rejigger his squad into a more functional defensive unit that this group of players was not built to become.

Pellegrini went with the former in the first leg and the latter in the Nou Camp on Wednesday. Behind a lone striker in Sergio Agüero, City fielded ball-playing midfielders: David Silva, Samir Nasri, James Milner, Yaya Touré, and Fernandinho. The manager’s reasoning was simple:

Barcelona will want a slow game, we’ll want a fast one, but we have to be intelligent. They have no time pressure and the less haste you have, the fewer mistakes you make. We have to avoid being precipitate; we have to be calm. I always say to the players: Have a hot heart and a cool head.

That’s why you put lots of players who are good on the ball on the field.

Much as Pellegrini’s critics suggested he should’ve done in the first leg, the idea was to keep Barcelona from slowing the game down in the midfield by outnumbering them and then using all those passers to spring Agüero in toward goal. The problem was that Barcelona didn’t actually want a slow game. They were primed and ready to spring an unceasing wave of lightning-quick counterattacks on City, ultimately taking 23 shots and only winning 1-0 because Joe Hart had the game of his life.

Basically, City was damned either way: Try to attack toe-to-toe with Barça and get left behind. Try to contain a team that can’t be contained and get annihilated. With a squad that’s built to pummel all of its opponents en route to victory, Pellegrini’s hands were tied against a team that packs an even bigger punch. 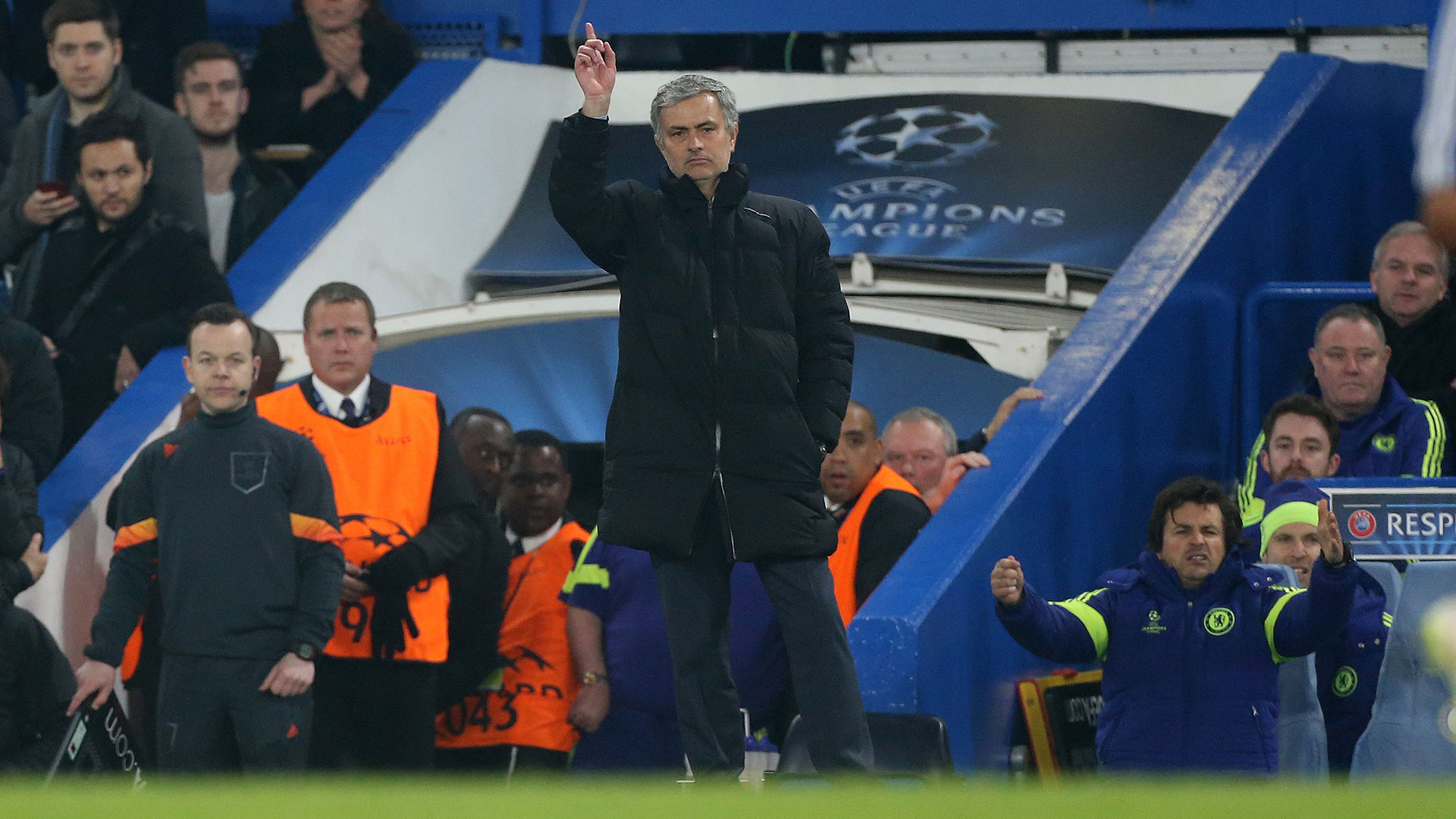 While City was wrongly chastised for deciding on an attacking game plan in their first leg, Chelsea was wrongly criticized for being too defensive in its second leg at home against Paris Saint-Germain.

Unlike City, though, Chelsea is built to absorb pressure and counterattack. Midfielder Ramires started the game on the right wing to add some defensive heft to the team, and it was reasonable to expect Mourinho’s group to sit back and try to keep a PSG side that needed to score at arm’s length. After all, that’s how a much lesser version of this team won the Champions League in 2012.

However strangely, Chelsea’s problem came once Zlatan Ibrahimovic was sent off and Mourinho, now with a man advantage, didn’t change his game plan accordingly. With no Zlatan to worry about, Chelsea didn’t need to be nearly as conservative to prevent PSG from creating chances. They could have opted to hold the ball more, control the midfield, and be a bit more aggressive in looking for their own scoring chances. But after the red card they only outshot PSG 14 to 11. Those numbers would be mildly acceptable — though still somewhat high — for Chelsea if they were playing against full-strength PSG, but, well, they weren’t.

So what the hell happened here? First, Ramires was lined up on the right to deal with the threat posed by Edinson Cavani. When Cavani shifted to a central role to fill in for Zlatan, it left Ramires basically free with no one to mark. Without anyone to harass defensively, playing a limited attacking player on the wing serves little purpose. Eventually, Mourinho moved Ramires into the midfield, but he’s also not the kind of player you want out there when your team’s trying to possess the ball and hold off an opponent.1

Despite the misguided deployment of Ramires, it still took two perfectly devised set plays finished off by two perfectly struck headers from two perfectly delivered balls for PSG to beat Chelsea. Even still, there was absolutely no reason for the French club to even be in a position where two platonically ideal set pieces would win them the game. It’s not crazy to suggest that had Zlatan not been sent off, Chelsea would’ve won the tie. Even when a game’s circumstances change in your favor, the changes still need to be addressed.

What’s so bizarre about last week’s game at Stamford Bridge is that Mourinho is one of the most tactically flexible managers in the world. In this instance, his team’s failure to adapt seems like a fatal exception to the rule — and that makes Chelsea different from their two now-eliminated Premier League counterparts. Arsenal have dealt with the same shortcomings in Wenger’s approach for years now, and Manchester City have now faced Barcelona two years in a row and found themselves simply not good enough both times.

While it doesn’t make the result any easier to swallow, Mourinho will believe his team’s capable enough to prevent a repeat of this year’s Round of 16 exit. But unless either side finally implements some systemwide structural changes, Arsenal and Manchester City will find themselves in the same position a year from now: out of Europe, shaking their heads at the same old inadequacies. And even if that’s not the case, advancing to the quarterfinals won’t necessarily represent progress — it’ll just be some more noise.