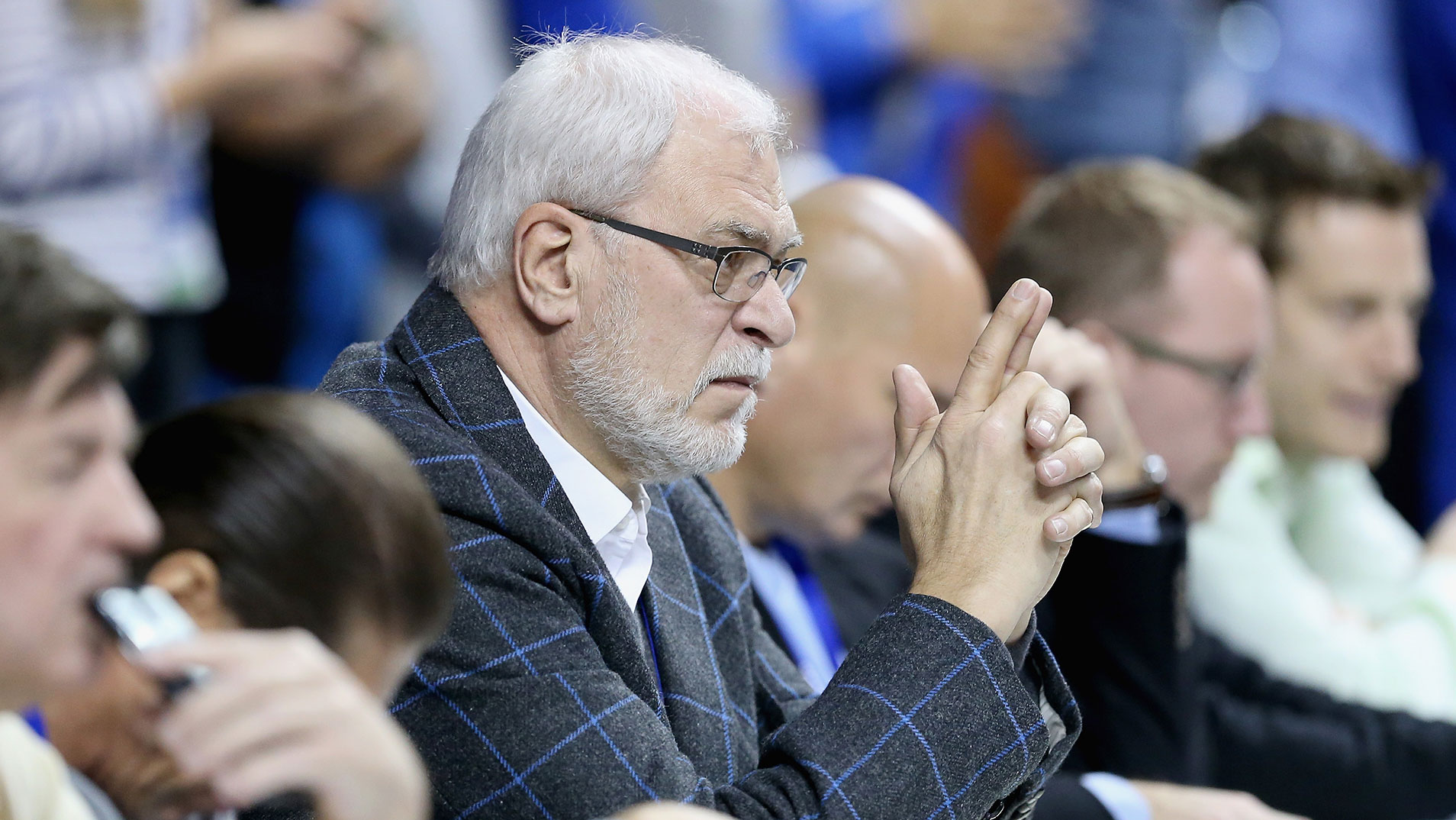 Until the bounty of this summer’s draft lottery/free-agency harvest comes in, it’s impossible to pass judgment on Phil Jackson’s first season in charge of the Knicks. Now, Jackson’s deck-clearing moves, including those that sent J.R. Smith, Iman Shumpert, and Tyson Chandler off to thrive in greener fields for scant returns, were concerning. The torrent of losses that followed has been tough to endure for anyone who follows the team for love or profit. But those trades and the subsequent unmitigated curb-stompings are just a means to an end: Get better players.

While it’s too early to judge, it’s not too early to get scared when faced with Jackson’s recent comments about prioritizing free agency, along with reports that the Knicks have explored the possibility of trading their first-round pick.1 Such a decision would repeat the ignominious history of the past 40 years while ignoring what brought the team its only two titles — something Jackson should know a little bit about.

Beyond the rings, much of Jackson’s allure as an executive comes from his history with the Knicks as a player. He was there for New York’s only two championships: on the sideline recuperating from spinal fusion surgery in 1969-70, and as an important bench goon in 1972-73. Who better to guide the Knicks through the woods and up to the mountaintop than a guy who’s seen the map?

The Knicks finished the 1966-67 season with a 36-45 record. It was the team’s eighth consecutive losing campaign. That offseason, the Knicks drafted Walt Frazier and some guy named Phil Jackson. The next season, the Knicks won 43 games. Two seasons after that, they won their first championship.

The Knicks began the 1969-70 season by winning nine of their first 10 games. Leonard Koppett, writing in the New York Times, examined the reasons for the team’s seemingly overnight ascent out of a years-long morasse: improved scouting and drafting strategies; smart, timely trades; excellent leadership from the front office and coaching staff; a willingness to spend money (something that, to be fair, has never been a problem). Lastly, Koppett cites “A sensible, but by no means easy, commitment five years ago to maximum development of young players, even if it meant fewer immediate victories — a policy that was completely opposite of the policy that had driven the Knicks deep into the cellar in the preceding five years.” 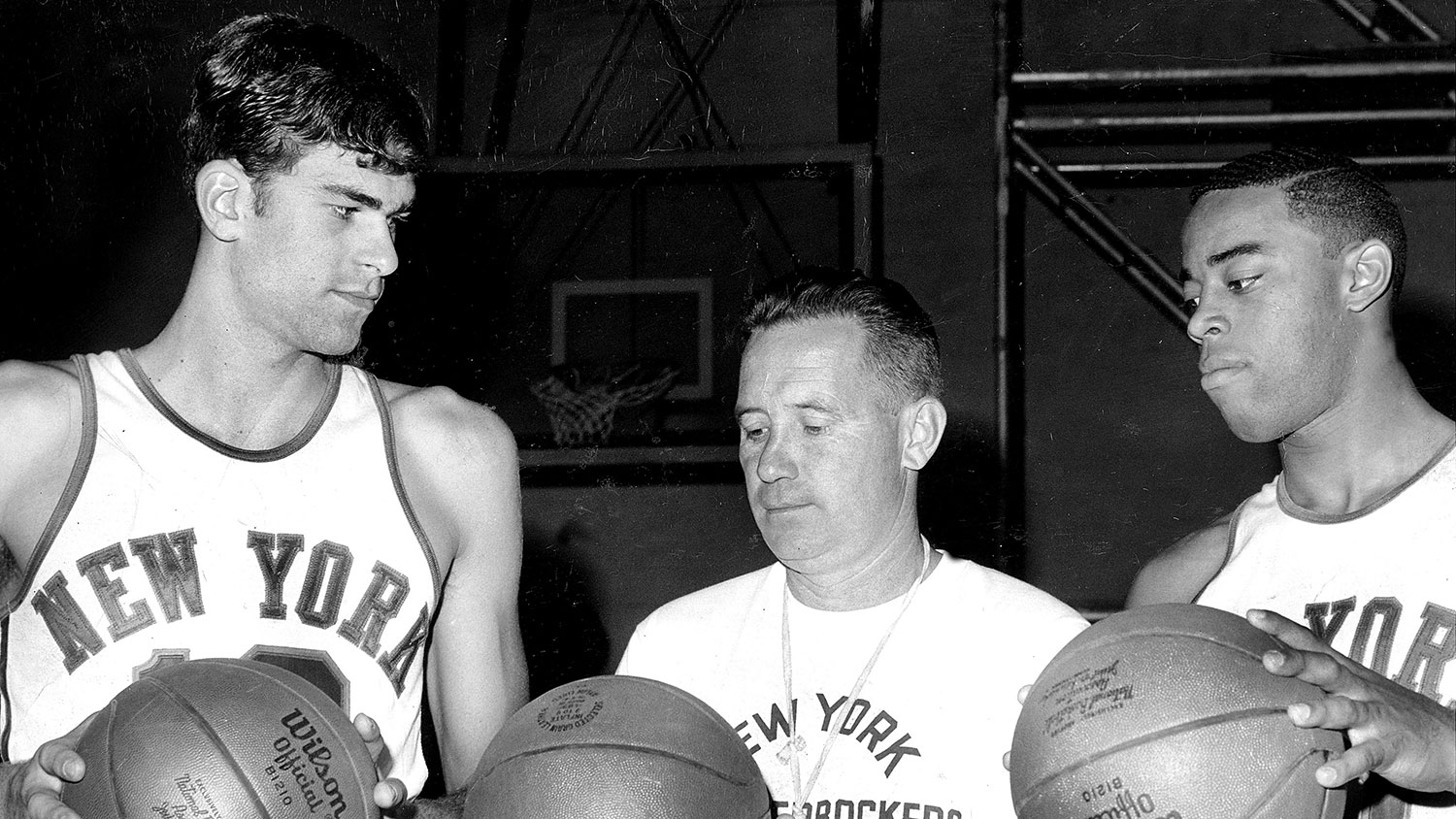 In the decades following the team’s two championships in 1970 and 1973, every Knicks administration has begun its reign by loudly stating its intention to return the team to those crowning glories of the past. Each incoming savior is anointed with headlines and glittering press conferences, only to be defrocked and cast aside for whomever comes next. With each year that passes, the mania for a title only becomes more blinding. The local press wants to know when it will happen; the fans pray they live to see it happen; and the team continues to vow that, with just a few more moves, it will happen. Pressure builds. Over and over again, the Knicks fall under the spell of a theoretical quick turnaround while aggressively ignoring the lessons of those two titles.

In a vacuum, the Knicks gauging the market for their pick is a logical, even responsible, thing to do. No matter how ballyhooed, draft picks are never sure things and rarely make an impact right away. Carmelo Anthony is 30, and the ink on his five-year, $125 million contract is still wet to the touch. If there are deals floating in the opaque offseason miasma that could deliver an established, known quantity to partner with Melo while he still has knees, well, it’s kind of Jackson’s responsibility to explore that.

Veteran stars, generally, do not enjoy babysitting rooks.2 Let us recall 2007 and the pixelated cell-phone video of a jocular Kobe Bryant in the Del Amo mall parking lot or wherever, suggesting that the Lakers should “ship out” Andrew Bynum, who was then 19 years old and not even 24 months removed from being the 10th pick in the 2005 draft. At the 2007 trade deadline, the Lakers had a deal lined up for Jason Kidd but refused to part with Bynum.

Melo is much more passive-aggressive than Kobe, but it’s not a stretch to imagine him being like, “Who the fuck is this Towns kid?” while nursing his surgically repaired knee and poring over his portfolio of tech stocks and third-most-well-known car service apps. Keeping stars happy is part of a GM’s job description.

That’s the thing about deals that exchange long-range potential for short-term impact: In close-up isolation, they make sense. It’s only years later, when those traded picks and players begin flowering elsewhere, that the true costs become clear. Prioritizing established players is fine. But the flip side is that if a team prioritizes veterans and free-agency acquisitions, as the Knicks have done time and time again, that team naturally runs the risk of giving player development short shrift. As the Wall Street Journal’s Chris Herring points out:

The problem isn’t poor drafting. In fact, the Knicks have had three first-team All-Rookie selections—Landry Fields in 2011, Iman Shumpert in 2012 and Tim Hardaway Jr. in 2014—in the past four years, more than any other team during that span. The problem is that those players have all regressed offensively in their second full seasons. You have to go back seven years, to Danilo Gallinari, to find the last Knicks draft pick who was better in his second full season than in his first.

News flash: The Knicks should be thinking bigger than the confines of their five-year deal with a 30-year-old scorer who held off on knee surgery so he could play in the All-Star Game. Trading their pick to build around Melo wouldn’t be quite the same order of magnitude as forgoing the Ewing pick to focus on Bernard King would’ve been, but the logic is exactly the same. Patience is key for rebuilding, which is why Jackson’s comments suggesting he only took the New York job because Jeanie Buss nagged him about getting out of the house are bone chilling for Knicks fans. “If I’m not here four or five years down the road,” Jackson said, “then I have a young coach I believe in who will complete it.”

In 2007, when Kobe was freaking out over Bynum’s developmental arc and demanding a trade, Jackson helped talk Kobe off the ledge, and GM Mitch Kupchak didn’t bow to the pressure, internal or otherwise. The Lakers went to three NBA Finals in a row, winning two.

Thirty-eight years before, Koppett ended that New York Times piece like this:

To return to the original question: how did the Knicks get so good so fast? The hard way — by building. It’s the only reliable way in any sport, and it only looks “sudden” when it pays off.

Arsenal, City, and Chelsea Say Good-bye to the Champions League: Does England Have a European Problem?